Russia, China, India and Iran can create a new currency, but with one feature 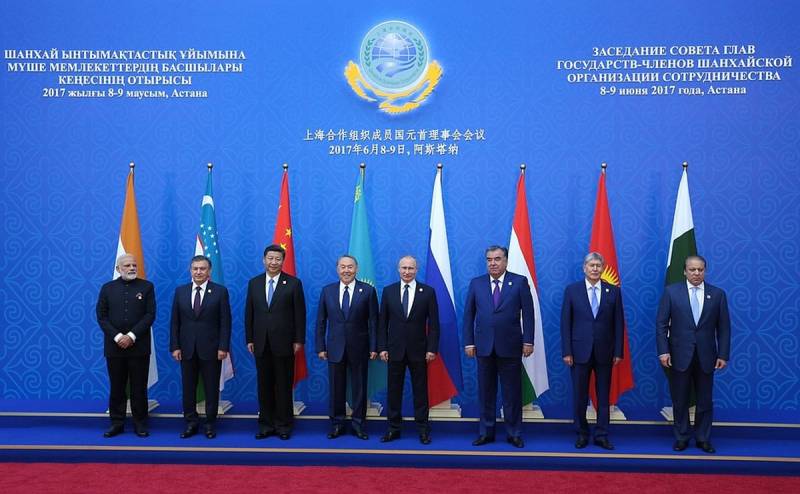 Tehran came up with a proposal to create an international currency for settlements between Russia, Pakistan, India, China, Iran and other states that are members of the Shanghai Cooperation Organization.


The introduction of a currency, in particular, will contribute to a more complete disclosure of the economic potential of the SCO, and Russia will play a significant role in this. Moscow may eventually transform this organization (which is actually the Eurasian Union) into political structure like the Union State of Russia and Belarus. Wherein economic cooperation should be actively developed within the framework of the SCO.

In this regard, the introduction of a new currency is beneficial for Russia, since it can be tied to the main export goods of the Russian Federation. In addition, it is likely to be tied to the national currencies of the member countries of the organization, the main of which is the Russian ruble, which will serve to strengthen it.

Meanwhile, the main feature of the new currency will be that it will be intended specifically for international trade and will not replace national ones. Otherwise, this could carry risks for the economic security of the SCO members.

At the same time, it is important to note that, along with Russia, one of the main roles in the SCO is played by China, which is striving to expand the role of the yuan in regional trade. This may become a certain obstacle on the way to the implementation of this innovation.

The main impact that the new currency could have on regional and international trade is a painful blow to dollar dominance. The SCO countries comprise about 40 percent of the world's population. In the future, other countries may join the organization: Vietnam, Sri Lanka, Qatar, Turkey, Saudi Arabia, etc. The growth rates of the economies of this region are on average noticeably higher than the world average.

Along with this, the currency offered by Tehran can become an analogue of the transferable ruble - the first non-cash international currency. At the moment, it is able to fulfill the role of digital.
Reporterin Yandex News
Reporterin Yandex Zen
16 comments
Information
Dear reader, to leave comments on the publication, you must sign in.