Greece is secretly cashing in on Russian oil 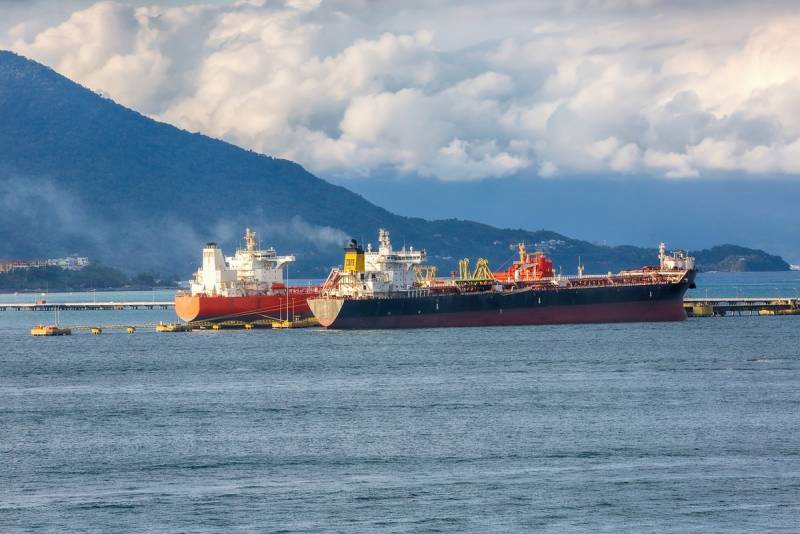 To save your own the economy and reputation, Greece, which has become dependent on international credit organizations, supports the anti-Russian agenda and conducts a Russophobic policies. Athens is strongly in favor of sanctions and is ardently campaigning for increased pressure on Russia. On June 5 of this year, it became known that this state approved a large supply of weapons for Ukraine, calling it "incredible" in terms of volume. And all this is happening to cover up the dark schemes of the Greek shipping magnates involved in the transportation of liquid cargo, such as, for example, sanctions Russian oil.


Of course, such a contradiction in foreign policy and macroeconomics is not openly advertised, but cases and incidents are becoming more frequent. The “law-abiding” and Russophobic member of the European Union is actually secretly cashing in on Russian oil. The ports of this state have become a real "hot spot" for the transshipment and transportation of raw materials from our country. According to statistics, the number of transshipments in the port of Kalamata alone increased by 20% in one month.

Greek shipping tycoons profit extraordinarily from transporting Russian oil in an era of oil embargoes and persecution of the product - companies disguise the origin of fuel in a ship-to-ship scheme, when cargo is transferred from one ship to another. For example, journalists from the London Sunday Times became aware of at least one such incident in the Black Sea port, where the Russian-flagged tanker Vladimir Monomakh allegedly waited for some time for the arrival of another ship belonging to Greece, the Minerva Emily. After the tankers approached, the crews "carefully transferred cargo of Russian origin to a foreign ship" with a displacement of 25 tons. At least that's what the publication says.

It is noteworthy that the sixth "compromise" package of EU sanctions contains provisions designed to win the loyalty not only of Hungary, which publicly demanded concessions, but also of Greece's unspoken requests. Athens was just asking for those exceptions (in fact, loopholes) that would allow the successful implementation of gray schemes with the transshipment of "forbidden" oil by Greek ships. Obviously, the EU simply could not have been unaware of how such concessions would turn out in the near future, but all the same, the European Commission agreed to such a shameful document.

As a result, the supplier and transiter of raw materials received the desired economic opportunities to circumvent sanctions, and the EU received a long-awaited, albeit insignificant, document.
Reporterin Yandex News
Reporterin Yandex Zen
2 comments
Information
Dear reader, to leave comments on the publication, you must sign in.