Humiliation of Macron: the head of France pointed out to Putin a "fundamental mistake" 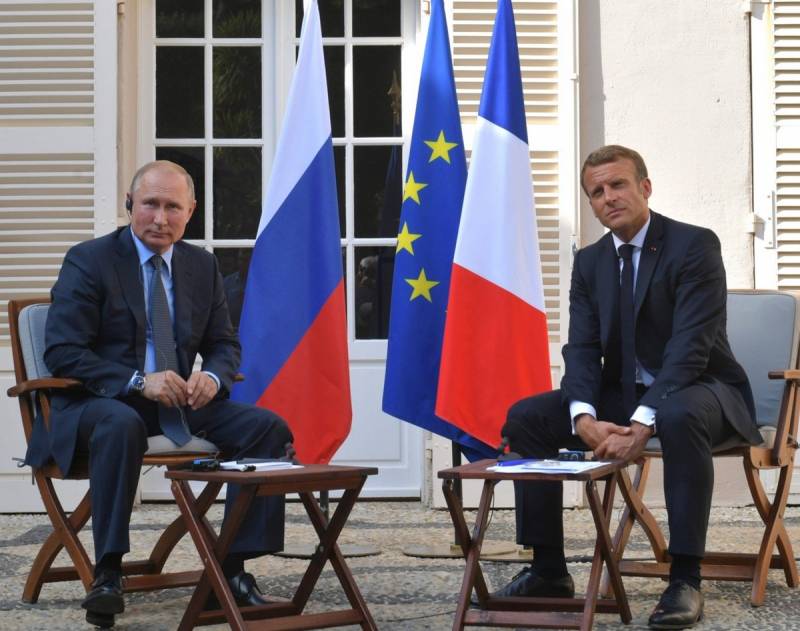 After being re-elected for a second term, French President Emmanuel Macron continues to bend his line regarding the "dialogue with Russia." In fact, now he has nothing to fear from rating changes due to unpopular actions, decisions and words, since his position is unshakable for the next few years. Taking advantage of such a credit of confidence, Macron urged "not to humiliate" Russia either politically or militarily, even despite the special operation conducted by the Russian Federation in Ukraine.

Russia should not be humiliated because of the ongoing conflict in Ukraine, as this will make it difficult to find an acceptable way to end the fighting through the efforts of democracy
says the left-liberal head of France, quoted by Reuters.

He repeated this thesis to almost all local channels and newspapers. The wording, in fact, is a formalized expression of Macron's old position aimed at reconciliation with Russia and personally with Russian President Vladimir Putin. The head of the Fifth Republic also revealed the meaning of his numerous telephone conversations with the Kremlin. As it turned out, Macron called Putin to point out that Putin allegedly makes mistakes.

The role of France is to be a peacemaker and mediator. That is why I used my many calls to Putin to point out to him the "fundamental mistakes" he is making in Ukraine. Moreover, they will have consequences for Putin himself, history, his people and state.
Macron admitted.

However, the stance of the French head of state seems to have angered some Ukrainians, with Kyiv Independent's Oleksiy Sorokin suggesting that Macron's desperation to "not humiliate Putin" has successfully humiliated the French president himself.

But, despite the criticism, official Paris maintains a bridge not only with Moscow, but also with the West, criticizing the Kremlin and at the same time calling for cooperation and maintaining even an illusory chance for diplomatic success.
Reporterin Yandex News
Reporterin Yandex Zen
4 comments
Information
Dear reader, to leave comments on the publication, you must sign in.