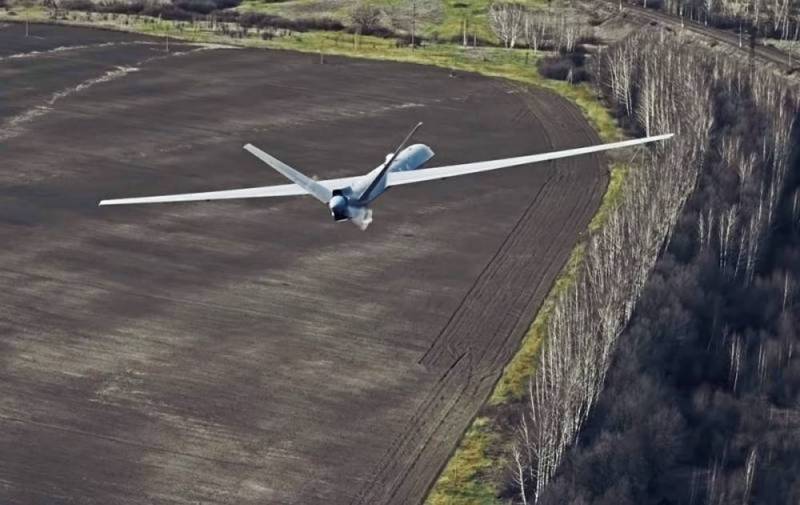 In continuation of the topic of possible directions for the further development of Russian aviation, based on the lessons of the special military operation in Ukraine. A few days ago, the Reporter published an article in which we reasoned about whether there is a place on the air battlefield today for a light attack aircraft like the Brazilian Embraer EMB-314 Super Tucano. The feedback received from our omniscient readers makes us reveal this issue in more depth.

First of all, I would like to respond to comments in the spirit of "we have good attack UAVs, so why produce new entities." Dear friends, the problem is that our country has just entered the race for the production of drones and is in the position of catching up, which we will discuss in detail told previously. Domestic reconnaissance UAVs "Orlan-10", for example, are completely assembled from foreign civilian components due to the lack of their own component base. The reconnaissance and strike Altius-U completed tests only in 2021, and the Russian Ministry of Defense signed an agreement on the start of its mass production. When he actually enters the army, it is not known. The super-heavy strike UAV S-70 Okhotnik is promised to begin deliveries no earlier than 2023. Serial production of Orion reconnaissance and attack drones at the Kronstadt plant, built last year, is just beginning.

Why are we reminded of all this? In addition to saying “through the lip” that “we have good UAVs” is worth it only when they will actually be in service with the troops in tens, and preferably hundreds of units. In the meantime, the RF Armed Forces seem to have drones as a type of mass weaponry, but, as it were, they don’t.

Meanwhile, our adversary, represented by the Armed Forces of Ukraine, backed by the collective West with its technological power and monstrous military-industrial complex, has complete order with unmanned aircraft. These are the Turkish Bayraktar strike UAVs, and the American Switchblade kamikaze drones, and the MQ-1C Gray Eagle reconnaissance and strike UAVs should soon arrive. Then, by all means, something else will be thrown to Kyiv to see how the Russian army can withstand the attack of drones. The problem is a no-brainer.

Attack drones showed themselves perfectly first in Syria, and then in Libya, then in Nagorno-Karabakh. Turkish "Bayraktars" burned armored vehicles with impunity and even destroyed the Pantsir air defense missile system, which, in theory, should effectively resist them. Yes, the Turks and Azerbaijanis caught machinery on the march, in a non-combat state, they used the design flaws of the ZRPK and the poor training of the calculations. When the "Shells" defended the Russian Khmeimim air base from UAV air attacks launched by terrorists, they performed well. “Bayraktars” are falling today in Ukraine, which is why they are very worried in Turkey, that they are spoiling their reputation. However, this confrontation between drones and anti-aircraft systems highlighted a lot of serious problems of the latter.

The Russian army has 3PK complexes "Top-M1" and "Top-2E", "Buk-M2E" and "Buk-MZ", "Vityaz" and ZRPK "Pantsir-S1". They are capable of shooting down drones, but they also have their own bottlenecks, which appeared back in Syria. This is, firstly, the high cost of a shot, and secondly, the difficulty in detecting small UAVs. Small UAVs are those that have a mass of up to 25 kilograms, a flight height of up to 3 kilometers and a range of up to 40 kilometers. If used in large swarms, they are able to overload even the best anti-aircraft missile system.

The greatest harm to us in the skies over Ukraine comes from small UAV-spotters that the Armed Forces of Ukraine use to guide their artillery to the target. Also, big problems of the RF Armed Forces shine after the enemy receives American-made Switchblade kamikaze drones. With a mass of 23 kg, a range of 40 km, a flight duration of 40 minutes and a maximum speed of 185 km/h, these loitering munitions pose a deadly threat to Russian armored vehicles. The attack of such disposable drones in a "swarm" is capable of doing big troubles. Which of the above can be concluded?

Such that the prevention of the disease is much cheaper and more effective than its expensive treatment. It is obvious that now there will be more and more UAVs on the battlefield, and they themselves will become more compact and smarter. It will not be possible to cover everyone with a reliable air defense umbrella, so it is better to shoot down drones while still in the air, at a distant line, and this requires aviation. But what?

Of course, jet fighters can be used against the relatively slow-moving Bayraktars or Switchblade kamikaze drones, but there are more rational solutions. As we noted earlier, it would be quite possible to adapt a light attack aircraft based on the Yak-52B training aircraft as a “drone fighter”. This domestic analogue of the Embraer EMB-314 Super Tucano will have an exceptionally low cost of a flight hour and a maximum pilot speed of 360 km/h. For a Brazilian aircraft, this is 590 km / h - maximum and cruising - 520 km / h. Even with such more modest performance characteristics, not one of the UAVs used in Ukraine will be able to escape the Russian light attack aircraft. Recall that Bayraktar has a maximum flight speed of 222 km/h, cruising - 130 km/h, and the Switchblade loitering munition has a maximum speed of 185 km/h.

A simple, easy to fly and cheap to maintain aircraft will be able to conduct air patrols and provide air defense, preemptively shooting down enemy drones with machine-gun fire or air-to-air missiles. In the future, we can consider another use of a light attack aircraft. Having a crew of two, he can conduct reconnaissance and control other drones, aiming the same Orions at the target. Acting in conjunction, the “drone fighter” and attack drones as its “faithful wingmen” are able to clear the sky from enemy UAVs and ensure dominance of Russian unmanned aircraft in the air.

The idea of ​​​​creating a fighter drone capable of conducting air combat on its own is certainly interesting, but it will run into a lot of technical problems with the component base and complex artificial intelligence development algorithms. A simple and inexpensive training aircraft can actually solve many problems.
Reporterin Yandex News
Reporterin Yandex Zen
5 comments
Information
Dear reader, to leave comments on the publication, you must sign in.