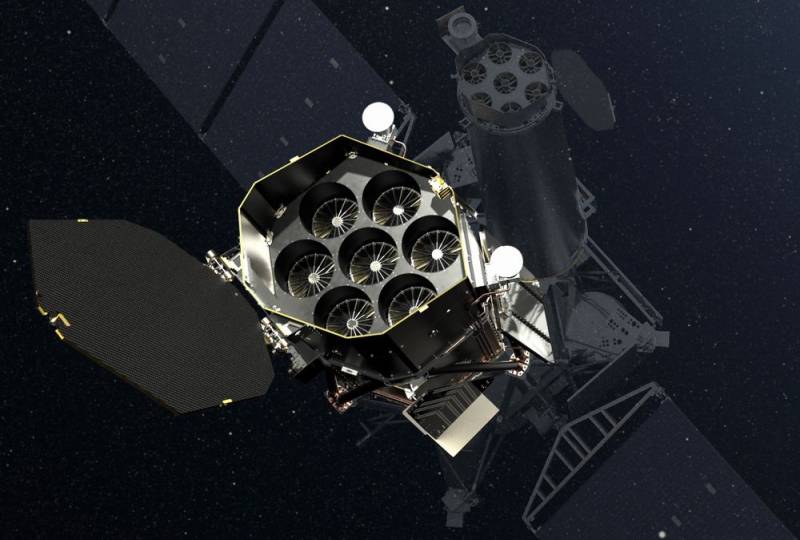 After Russia launched a special operation on the territory of Ukraine, Germany decided to turn off its part of the Russian-German orbital astrophysical observatory "Spektr-RG" ("Spectrum-X-ray-Gamma"). However, the head of Roscosmos, Dmitry Rogozin, ordered the equipment to be turned on without taking into account the opinion of Berlin. The head of the Russian state corporation gave details on June 4 in his Telegram channel.


It should be noted that Spektr-RG is a joint project of Roscosmos and DLR (Centre for Aviation and Cosmonautics of Germany), which is designed to build a complete map of the Universe in X-rays. It consists of two X-ray telescopes: the German eROSITA and the Russian ART-XC named after M.N. Pavlinsky, which operate in different ranges.

I instructed to begin preparations for the restoration of the operation of the German eROSITA telescope at the Spektr-RG space observatory in tandem with the Russian
- he said.

The head of the state corporation specified that Spektr-RG was specially designed for observing outer space and is of great scientific importance. It was created at NPO Lavochkin JSC and is now located 1,5 million km from our planet. It was launched into orbit in July 2019 from the Baikonur Cosmodrome using a Proton-M launch vehicle.

Those in Berlin who made the decision to turn off the German telescope from the Russophobic political considerations, there was no moral right to do so. The work of a space observatory is necessary for science. We will correct the mistake of the Germans and turn on their telescope at our Spektr-RG observatory
He summed up.

The head of the Russian state corporation did not speak about the legal side of the issue. It should be added that for 2,5 years of full-fledged work, Spektr-RG managed to make several serious discoveries. At the same time, on February 27, the Germans switched their eROSITA telescope to "safe mode", i.e. its key nodes are powered, but it does not monitor and can be turned on at any time. But the meaning of the existence of Spektr-RG is precisely that both telescopes should function simultaneously.
Reporterin Yandex News
Reporterin Yandex Zen
7 comments
Information
Dear reader, to leave comments on the publication, you must sign in.