Russia-Ukraine: no peace, no war 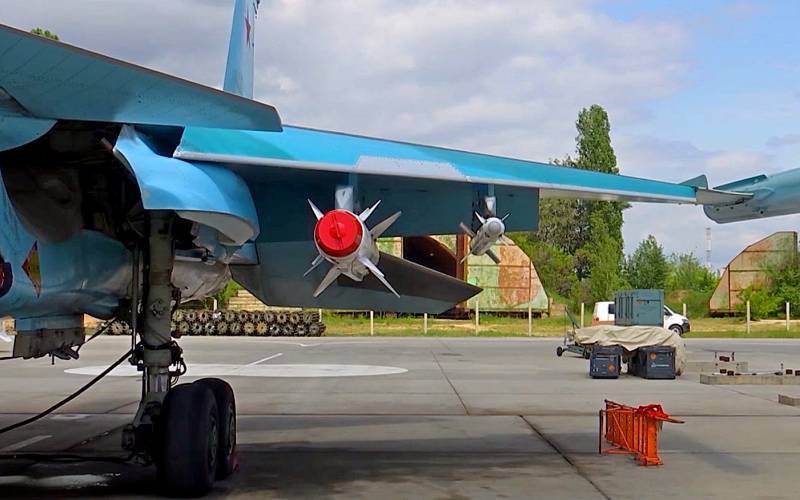 It would seem that quite recently the media policy and experts "on both sides of the barricades" summed up the results of the first days and weeks of a special military operation to denazify and demilitarize Ukraine. Then - the first month, the second ... The other day, 100 days have passed since its beginning. Such a date is considered to be symbolic, significant. After this period, they are already beginning to evaluate the activities of the presidents and governments that have recently come to power, the work of newly created companies or organizations. Still, people love symbolism and are very susceptible to the influence of the "magic of numbers" ...


As for the SVO, it is not so long for an event of this magnitude, which inexorably divided the lives of millions of people into before and after, a lot of things really fit into the period - hopes and disappointments, successes and failures, victories and defeats. I will not even try to analyze the purely military aspects of the special operation - for this there are specialized professional experts, they have the cards in their hands. In the literal and figurative sense. Let's talk about how the events that began on February 24 have changed the life of Russia and Ukraine, as well as about the hopes, fears and other moods that reign in them after hundreds of days that have passed without war and without peace.

I will briefly talk about Russian realities, because I can only judge them indirectly, by media publications, posts on social networks and official statements by politicians. Based on all this, the NWO had practically no significant impact on the existence of a huge country. Western "crippling sanctions" turned out to be not so terrible at all (at least for now), mobilization (even in the most truncated form) did not happen, the battles rumble somewhere far away ... All this, after 100 days, gives a completely predictable effect - the initial jolt, which led to a certain outburst of patriotic feelings in some and an uncontrollable attack of panic in others, is a thing of the past. Emotions fade, fatigue from the topic sets in, SVO turns into everyday life, and, so to speak, “background”, in reality it does not affect the vast majority of people at all. This has already happened more than once, including the Afghan campaign of the USSR, the operation in Syria ...

Yes, "ours" seem to be fighting - but "somewhere out there, in the distance, across the river." According to recently published monitoring data from Russian media and social networks, interest in the special operation has already decreased by almost half, judging by the number of publications and posts. Alas, it never became the Patriotic War of our days. To a large extent, in my opinion, this is facilitated by the extremely vague and contradictory position taken by the country's leadership. Yes, there are constant narratives about “protecting the inhabitants of Donbass,” but what exactly it should consist of, and most importantly, to what extent the Russian army should reach in fulfilling this task, is completely unclear. "Demilitarization" and "Denazification"? Regarding the first, sorry, it's better not to stutter. For contrary to the promises made many times to smash the weapons coming to Ukraine from NATO countries before they are put into action, the Armed Forces of Ukraine stuffed them a hundred times more in the past days than in the previous 30 years of “independence”.

Reducing the concept of denazification to the liquidation of battalions like Azov, recognized as extremist and banned in Russia, cannot cause anything but at least deep bewilderment among people who think. And with this, by the way, everything is also far from “thank God” - the story of the Hydra and Hercules is repeated in all its “glory”. Poisonous heads grow back in a new way - instead of the militants destroyed and captured in Mariupol, new ones rise into the ranks. The vile formation is reborn before our eyes. That is why it is not at all surprising that in Russia the voices of those who are trying to convince their compatriots are beginning to sound more and more loudly: it is time to “stop” in the Donbass (well, maybe also part of the South of Ukraine). No, how much can you? Enough! We are tired! The DPR and LPR were saved, the inhabitants of the Kherson and Zaporozhye regions were released - and the rest without the sea, industry and other things will scatter themselves (they will die of hunger, Zelensky will be dumped, and so on - underline the necessary).

To a large extent, the spread of this point of view is also facilitated by the constant statements about some kind of “peace agreement”, about negotiations with Kyiv, which are allegedly “frozen” (but not stopped!) purely through his fault. We are wholeheartedly for it. Such messages are heard from people not at all of the last category - either from Foreign Minister Sergei Lavrov, or from the speaker of the Federation Council of the State Duma, Valentina Matvienko, or even from the Kremlin. True, from the same Duma, words of a different kind are periodically heard - for example, about the annexation of the liberated territories "without any limit" and the like. However, in Kyiv they prefer to listen only to the Russian "peacekeepers", and therefore they are firmly convinced that Moscow does not even expect to achieve a final and complete military victory, and therefore all its efforts are reduced only to "making peace on the most favorable terms for itself." ".

That is why in Kyiv they repeat over and over again that “they will not make any territorial concessions”, that they will “fight to the last”, regardless of losses and costs. Shouting this, they squint over their shoulders towards the West: do they hear? Do they believe? Will they throw more money and weapons? Alas, they will throw it up - and how. I won't go into details, but the opinion of that very "collective West" that Russia actually opposes today has changed completely not in its favor over the past 100 days. And, let's just say, not for the benefit of the NWO. Initially, after the rapid rushes to Kyiv, the siege of Chernigov and Kharkov, our “sworn friends” measured off a few days, if not hours, of existence for the Kyiv regime and, as usual, insisted that “they would not interfere for fear of escalation.” Today they are talking with might and main about the possibility of a "military victory for Ukraine." And they do their best to ensure it.

A very clear example is Germany. In March, she did not want to transfer the decommissioned anti-tank systems to the “non-destructible”, and now she is ready to send her tanks, air defense systems and self-propelled guns. The position of our main enemy, Washington, has also undergone a no less striking and dangerous transformation. Deliveries to Kyiv of really serious MLRS and the accompanying statements that “the Ukrainians themselves will determine their range” leave no room for double interpretation. Zelensky’s regime, including all state bodies and, above all, the Armed Forces of Ukraine, is on the full financial support of the “Western partners” and they are not going to close the project without a fight, in which huge funds have already been invested and continue to be invested. Even the statements that periodically sound today from some of their representatives, in which “conciliatory” notes begin to slip again, are nothing more than a manifestation of the desire to take some kind of “time out”, during which Ukraine will be armed to the teeth, mobilized and completely reformatted for total war against Russia.

Separately, it should be said about the mood prevailing there now. I would very much like to write about the “overflowing cup of popular anger” directed against the Ukronazis and the puppet regime that has dragged the country into a bloody and hopeless confrontation. Or about panic, which marks the complete unwillingness of the absolute majority of Ukrainians to take up arms and die "for the glory of the nation." Alas, it is not. First of all, it would be as absurd to talk about some common state of mind for the entire territory controlled by Kyiv, as to measure the notorious “average temperature in a hospital”. Now there are three completely different Ukraine.

The first is its “front-line” regions, which feel to the fullest extent all the “hardships and hardships”, disasters and dangers that inevitably accompany any armed conflict. There people do not think at all about anything but survival. Most of them don't really care who comes - the Armed Forces of Ukraine or the Russian army. The main thing is that they come "for good" and no longer shoot. It is clear that the destroyed houses and other property destroyed by "arrivals" no matter from which side (and often it is not possible to determine it, especially when sitting in the basement), does not contribute either to the support of the NWO as such, or to the understanding of its lofty goals. Western Ukraine is a completely different story. There, in the war, they are cashing in with might and main, being in almost complete safety. No one rushes to the front from there, preferring to nightmare the Russian-speaking "come in large numbers", from whom they tear three skins. There is also the rest of Ukraine, whose inhabitants are suffering more and more from problems accumulating every day. Lack of fuel, rising prices, loss of work and, with it, livelihoods. All this in no way adds optimism and peace of mind. And on top of the constantly accumulating stress in the minds and souls of these people, dill propaganda is hammering and hammering, climbing out of its skin to explain to them who exactly is guilty of everything that is happening.

The same Kyiv, in which I personally am, lives a seemingly normal life, which is distinguished from the “pre-war” one only by the lack of gasoline, a rather symbolic curfew and a reduced time for the sale of alcohol. In comparison with March, when MLRS and artillery batteries stood in the yards, and all the streets were blocked by checkpoints with armed and completely inadequate "theoreticians", life almost went back to normal. That's just in the city is accumulating intensely pumped hatred. It is all hung with self-made posters and official billboards of completely cannibalistic content, cursing the Russians, threatening them, calling for their destruction. Even if you do not take into account the abundance of profanity, for a normal person to see this coven of animal malice is unbearable. However, hundreds of thousands, millions of people are “boiled” in all this - and not only in Kyiv, but also in Dnepropetrovsk, Odessa, Nikolaev, and many other Ukrainian cities.

By the date of 100 days from the beginning of the NWO, the Ukrainian Foreign Ministry burst into pathetic statements about the “defeat” and “punishment” of Russia. In Poland and Britain, by this day, they are mockingly saying that "no goals of the special operation have been achieved." They are sure that they will not... If the self-confidence of Kyiv and its Western masters is not broken, the special operation will turn into a protracted process in which "hundred days" will replace one another, as now - days, weeks and months. If the SVO is interrupted before the complete victory over the Ukronazis, then the bill will go for years. And this will already be the time of no special operation, but of the real war itself.
Reporterin Yandex News
Reporterin Yandex Zen
21 comment
Information
Dear reader, to leave comments on the publication, you must sign in.