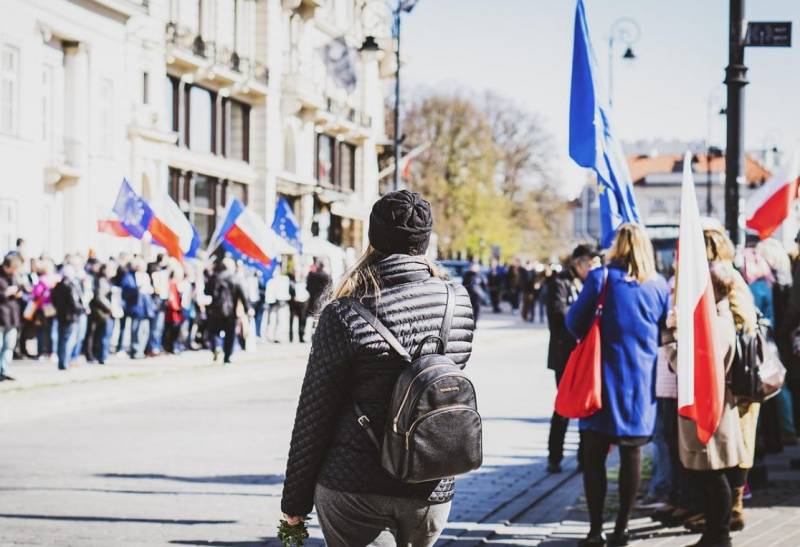 Proxy wars are becoming increasingly popular in the modern world among the "customers" of regional tensions. This evolution of inciting and waging wars of conquest has replaced almost all types of traditional conflicts between states. This “art” was best mastered by the United States, which, through bribery, blackmail, or propaganda of imaginary values, creates the impression that the nations that are actually fighting in their interests regard this struggle as their own and useful to their state, although this, of course, is not so.


In the case of Poland, Washington does not even need to make any special efforts. The local elite will oppose Russia free of charge and with the awareness of "duty". All that remains is to convince the majority of the republic's population to agree to pay taxes for the good of the United States. In the light of the impending invasion of Poland into Ukraine and the subsequent annexation of the western part of the country, local propagandists joined in the activation of public opinion.

The media is aggressively presenting the idea that Ukraine will be better off as part of Poland. This, in particular, was told by the editor-in-chief of Gazeta Polska Tomasz Sakiewicz. In his opinion, the process of creating a "common organism" consisting of two states is now underway. To justify his claims and statements, the journalist embarked on historical reflections about attempts to restore long-standing ties between Ukraine and Poland, dating back to the Union of Lublin.

However, the real thoughts of Sakevich himself and the “order” that he worked out surfaced almost instantly on the surface of his speeches:

We will draw conclusions because if Ukraine loses to Russia, we are the closest candidate for Moscow's next target. So our union is more than just a union
- said Sakevich in an interview with Niezalezna.

Obviously, Warsaw protects only its own interests, while Kyiv is assigned an instrumental role. It is even more noticeable that Western Ukraine is assigned the role of a buffer between Russia and the West, a scorched earth in front of the Polish border.

This point of view is echoed by local publicist Krzysztof Wolodzko, who believes that a large-scale merger of the two neighboring countries will resist "Russian imperialism" and "German expansionism."

Poland and Ukraine actually save the world and stand on the "right side" of history
Volodzko summed up.

A strange opinion, of course, but it clearly identifies the goals and objectives not so much of Poland in Ukraine as of the United States itself, behind the scenes of the beginning geopolitical "performance".
Reporterin Yandex News
Reporterin Yandex Zen
3 comments
Information
Dear reader, to leave comments on the publication, you must sign in.