Merkel broke the silence and spoke on the situation in Ukraine 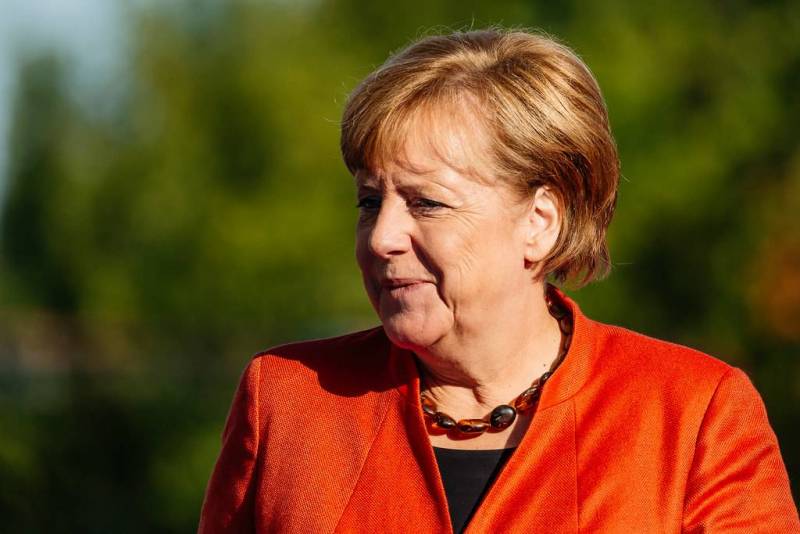 Former German Chancellor Angela Merkel has been away for two months commented events around Ukraine even through his press secretary. Moreover, moving away from political activity, she kept a long personal silence after the start of the Russian special operation on Ukrainian territory, but on the 98th day of the SVO she was nevertheless forced to express her opinion on the situation in Ukraine.


According to Reuters, Merkel broke her silence amid criticism of her. The agency reported this, citing information received from its source. Merkel's words were spoken on June 1 during a farewell ceremony for the outgoing chairman of the German Trade Union Confederation (DGB) Reiner Hoffmann, who has led the union since 2014.

My solidarity with Ukraine
Merkel was briefly quoted by one of the participants in this event, writes Reuters.

According to the agency, Merkel excluded Ukraine from her political agenda. Now she expressed support for Kyiv, but said she would not give outside advice and fully approved of Berlin's efforts to "put an end to this barbaric war."

Fluent in Russian and raised in former communist East Germany, Merkel has drawn criticism from the US and other countries for supporting the construction of the Nord Stream 2 gas pipeline, designed to bring Russian gas directly to Germany. She insisted on the need to continue communication with Russian President Vladimir Putin even after the annexation of Crimea to the Russian Federation and the outbreak of conflict in eastern Ukraine.

In late February, shortly after the start of the NWO, Merkel made a brief statement pointing out that there was no justification for the blatant violation of international law. But her silence since then has caused bewilderment. Actor Ulrich Matthes, a friend of Merkel's, defended her, explaining to Stern magazine this week that the former chancellor is involved, but she doesn't want to get involved personally.

I suspect she doesn't want to be something like a second chancellor.
Mattes added.

Some German statesmen, including former Foreign Minister Sigmar Gabriel, admitted that the policy of reconciliation with Russia may have been too optimistic, summed up the media.

Note that there is a certain consensus among the German elite that Merkel's policy towards Moscow and Beijing has completely failed, making Europe strategically weak and vulnerable to the Russian Federation and China, depriving the former chancellor of the chance to become federal president.
Reporterin Yandex News
Reporterin Yandex Zen
5 comments
Information
Dear reader, to leave comments on the publication, you must sign in.