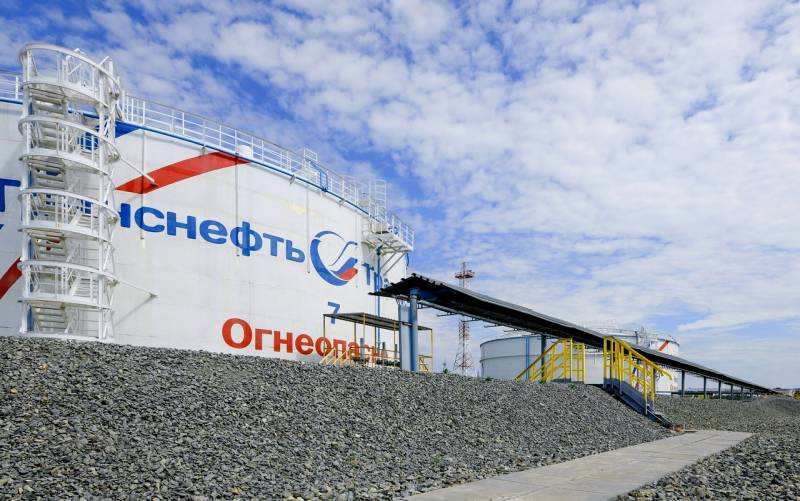 The day before, after long and bitter disputes, the European Union nevertheless adopted the sixth package of anti-Russian sanctions. As expected, it turned out to be full of holes, like Swiss cheese. The main goal - to completely squeeze Russia out of the European oil market - in fact was not achieved. What went wrong?

First, about the “good”, of course, from the point of view of the collective West. According to French President Emmanuel Macron, the sixth package expanded sanctions against Russian media, big businessmen and the domestic banking sector:

The sixth package is very important. It provides for sanctions against about 80 oligarchs, as well as three TV channels. In addition, it will allow the first Russian bank to be disconnected from the SWIFT system and, for the first time, to introduce an oil embargo.
Italian Prime Minister Mario Draghi threatens that the effect of restrictive measures will affect our country this summer. At the same time, the Europeans themselves are right now experiencing the brunt of the sanctions war with the Russian Federation. The problem of the embargo on the supply of Russian oil has split the European Union into two irreconcilable camps. The first included those countries that have access to the sea and can receive oil by tankers, the second - Hungary, Slovakia and the Czech Republic, which do not have access to seaports and are totally dependent on pipeline supplies from Russia.

In the 60s of the last century, the USSR built the world's largest network of main oil pipelines called Druzhba. It was assumed that, out of great friendship, the allied countries of Eastern Europe - the GDR, Poland, Czechoslovakia and Hungary - would receive cheap hydrocarbon raw materials to build a strong socialist economics. The Soviet Union and the Warsaw Pact, alas, are long gone, but the pipeline network has remained and is working. On the territory of Belarus, the oil pipeline splits into two branches, northern and southern. The northern branch supplies Poland, Germany, Lithuania and Latvia. Yuzhne, or "Friendship-2", has two exits from the territory of Ukraine - to Hungary with a continuation to Croatia and to Slovakia with a continuation to the Czech Republic.

In this case, it is the southern branch of the Druzhba main pipeline that interests us, since landlocked Hungary, Slovakia and the Czech Republic are tied to it. These three countries have stood in the way of European sanctions that prohibit the purchase of Russian oil. Budapest reacted especially sharply, which is 100% dependent on exports from our country and receives 60% of the raw materials pumped through it from the main pipe. In addition, the oil refineries of Eastern European countries have historically been sharpened for Russian grade oil, which is not surprising. The Bulgarian oil refining industry also depends on oil supplies from our country.

Through joint efforts, Eastern Europe managed to achieve an exception to the norms of the sixth sanctions package for Russian oil. Information and analytical agency Reuters believes that this is quite a bit:

Landlocked Hungary, Slovakia and the Czech Republic receive their oil through the Druzhba pipeline and account for just 10% of oil imports temporarily exempted from the embargo.
But are these 10% so small, and won't the temporary decision on exclusion from the embargo become the most permanent one?

For a correct answer to this question, it is necessary to understand that Europe does not really want to give up Russian oil, let alone Russian gas. Making high-profile statements, tearing your shirt on your chest for Ukraine is fine, but killing your economy without cheap hydrocarbons is unlikely. There is no such crime that a capitalist will not commit for the sake of 300% profit.

What, for example, is the Russophobic Baltic, which, nevertheless, does not disdain now to “mix cocktails” of Russian oil in a proportion of 50% to 50% with another, reselling it as a “Latvian mixture”. For this reason, it is possible to predict the emergence of original intermediary schemes in the near future.

So, in Hungary and Slovakia, specialized trading companies may appear that will simply buy from Russia all the excess oil that goes further along the Druzhba main pipeline, right at the border. On their territory, “wrong” Russian oil will legally turn into “correct” Hungarian and Slovak oil, which, with a clear conscience, can be bought by principled Czechs or Croats. Perhaps, in the future, an interconnector between the Czech Republic and Germany will even be built so that Berlin can receive “Slovak oil”.

The implementation of such an infrastructure project will directly depend on how and how long the special military operation conducted by the RF Armed Forces in Ukraine will develop.
Reporterin Yandex News
Reporterin Yandex Zen
2 comments
Information
Dear reader, to leave comments on the publication, you must sign in.