Russian oil "found its way" to the United States 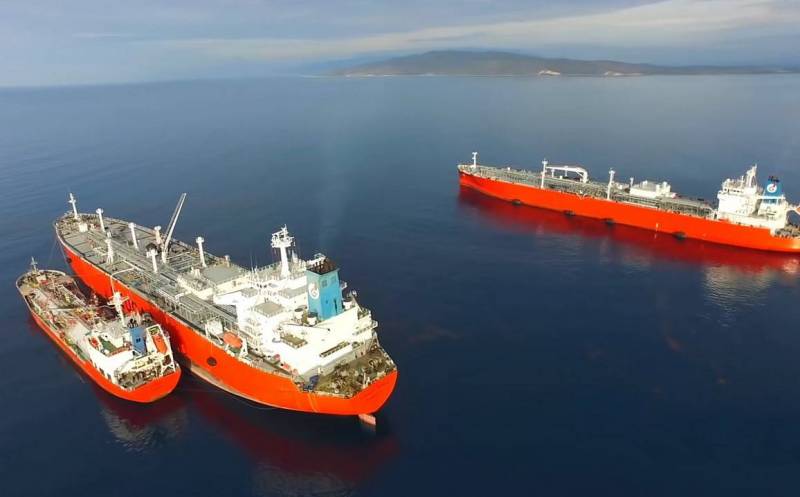 Washington's ban on the supply of oil of Russian origin to the United States has proved ineffective. Black gold from Russia "found its way" to American soil, writes The Wall Street Journal (WSJ).


The business publication notes that in May, Russian oil was received by customers in New York and New Jersey. The hydrocarbon feedstock was allegedly sent from refineries in India by tankers that safely passed the Suez Canal and the Atlantic, arriving on the US east coast.

Since it is difficult to hide from the US customs and border authorities where the tanker came from, the Russians are playing tricks. They disable the Automatic Identification System (AIS) transponders to make the ship harder to track. They reload oil from one tanker to another and re-register the vessel, after which they calmly send it to the United States. All these manipulations with ships take place off the western coast of Africa, when tankers bypass the African continent, in the Mediterranean Sea, and sometimes even in the Black Sea. This is a proven scheme used to sell oil from Iran and Venezuela, which have long been under US sanctions.

After that, American customs officers and border guards cannot establish the true origin of energy raw materials or successfully pretend that they cannot, turning a blind eye to this, since there is a real shortage of oil in the United States. The cost of gasoline at gas stations shocks Americans, the price of fuel continues to rise, despite the efforts of the federal government, which sent huge volumes of oil from the US state reserves, summed up the media.

It should be noted that, in the opinion of many Russian analysts, despite the current energy crisis, the West will not stop trying to deprive Russia of income from the export of raw materials. Therefore, the likely next step of the Western "partners" may be restrictions imposed on the countries - buyers of Russian oil, the largest of which are India and China.
Reporterin Yandex News
Reporterin Yandex Zen
3 comments
Information
Dear reader, to leave comments on the publication, you must sign in.