NATO could be replaced by a "Western European Army" 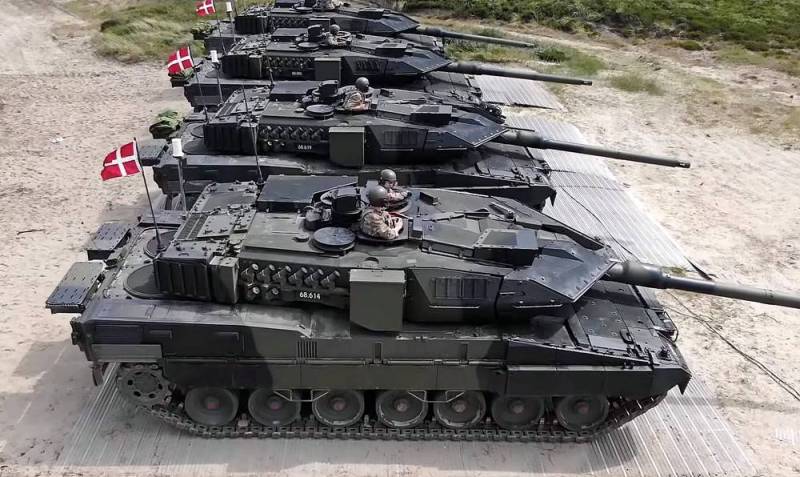 Last days leading western policy made a number of very resonant statements. The head of European diplomacy, Josep Borrell, said that the EU needs its own united army. German Chancellor Olaf Scholz, in turn, promised to make the German army the first in strength in the Old World. What is the reason for such militancy and how do such intentions fit in with the already existing supranational North Atlantic alliance?

Mr Borrell stated on 23 May 2022 verbatim the following:

The new security environment demonstrates that the EU must take more responsibility for its own security. To do this, we need modern and compatible European armed forces.
Obviously, this implies a collective European response to the "aggression of Russia" against Ukraine.
Herr Scholz promised that the German army would outnumber the French, becoming the first in this indicator in Europe:

Germany will soon have the largest conventional army in Europe within NATO.
For reference: the number of the Armed Forces of Germany today is 185 thousand people, and the Fifth Republic has 207 thousand people. This, by the way, made it possible for Kyiv to claim that it has “the strongest army in Europe,” since the numerical strength of the Armed Forces of Ukraine before the start of the special operation was 250 servicemen. And we must admit that the Ukrainian army is really fighting hard. 8 years of preparation and aggressive ideological pumping were not in vain.

But why is the European Union talking about its own Armed Forces right now? Do Brussels and Berlin seriously intend to fight with Russia over Kyiv?

The idea of ​​a single European army has a very long history. France was and still is the main instigator. A few years ago, President Macron made a very resonant statement:

We must protect ourselves from China, Russia, and even the United States.
However, initially the European Defense Community (EDC) was seen in Paris as a counterbalance to Washington's plans to drag West Germany into NATO. Immediately after the USSR carried out successful tests of atomic weapons in 1949, the United States raised the question of the need to re-equip the German troops and include them in the anti-Soviet alliance. But France, which occupied a leading position in the field of security of post-war Europe and was afraid of the strengthening of Germany, voted against. Paris presented its plan for the integration of the FRG into a single European army (EOS), to which Berlin agreed with great reluctance. Italy was also against it, fearing the creation of a Franco-German alliance.

Ultimately, however, the concept of a triumvirate of the United States, Great Britain and France, which would jointly resolve the issues of the use of nuclear weapons, won. The French National Assembly in 1954 voted against the ratification of the EOC treaty, the NATO bloc was recognized as more valuable, and American troops remained in Europe.

The second approach was made in the late 50s of the last century, when the USSR received the means to deliver nuclear weapons to the United States. The Europeans were afraid that the Americans might leave them unprotected in the event of "mad Putin's aggression", sorry, Soviet attack. France, Germany and Italy signed a secret agreement on the joint creation of nuclear weapons, which was to be based on the territory of the Fifth Republic. It was assumed that Great Britain could join it in the future, which would be the prologue to the creation of the European armed forces.

These plans were not destined to come true due to the coming to power of President de Gaulle, who launched the national French nuclear project. Italy, on the other hand, fell under the United States, allowing the deployment of American Jupiter medium-range missiles on its territory. Washington drew conclusions and proposed the formation of a joint NATO nuclear fleet, or Multilateral Nuclear Forces. In Europe, they hoped to make the MYaS project exclusively European, but President de Gaulle said that this fleet would be really subordinate to the Pentagon, and in 1966 France withdrew from the NATO bloc. At the same time, a nuclear planning group was created, within which American nuclear submarines with ICBMs on board formally became part of the NATO European command.

On the one hand, the presence of its own Armed Forces can turn Europe, an economic giant, but a political dwarf, into the No. 3 superpower in the world. The EU will then radically reduce the degree of its dependence on the "hegemon" represented by the United States, returning sovereignty. As a matter of fact, French President Macron spoke about this in plain text. On the other hand, the creation of a unified European army may stumble over a number of serious problems.

The key issue in the formation of such a joint Armed Forces is who will really command them and at whose expense they will be formed. The bottleneck is the possibility of using nuclear weapons. After the UK left the EU, France remained the only nuclear power in the Old World. All other countries will either have to go under Paris, which is hardly acceptable for Berlin, or somehow force the Fifth Republic to give up part of its sovereignty by transferring control of nuclear forces to a supranational command center. Whether the French will agree to this is a big question. The alternative is the creation of Germany's own nuclear arsenal, but there will be too many against it. The recent "dark past" of Germany makes us suspicious of the process of revision of history and militarization, which has already actually begun there.

Despite the problems described above, the issue of gaining militarily sovereignty by Europe became relevant after the start of the Russian special operation to demilitarize and denazify Ukraine, and here's why.

Due to the active position in support of Nazi Ukraine of some Eastern European countries, the risk of a direct military clash between the NATO bloc and the No. 2 nuclear power in the world cannot but strain the Western elites. Nobody wants to receive a nuclear strike on their territory for the sake of some kind of Square. And this is where all the previously hidden problems of Europe, which is objectively divided into Western and Eastern, manifested themselves.

When we talk about the "collective West", we should be aware that it is not so unified. This is a great number of countries with different, often opposing interests, which are united by a common anti-Russian consensus under the auspices of the United States. Washington is quite ready to sacrifice both Ukraine and the Eastern European countries, throwing them into the crucible of war with Russia, and the local “elites” are quite ready for this, but the Western European ones are not: to supply weapons, provide financial assistance or impose sanctions is welcome, but to fight directly, no, thank you. NATO membership for such countries today is becoming quite dangerous, since the Americans can easily sign them to war with Russia under Article 5 of the Charter of the North Atlantic Alliance.

In this context, the desire of Germany, France and Italy to distance themselves from what is happening in Ukraine and from the NATO bloc as a whole is quite understandable. It can be assumed that Chancellor Scholz decided to build up military power not so much in order to later fight with the Russian Federation, but to increase the quotations of the FRG when concluding a military alliance with nuclear France and, possibly, with Italy and Austria. Most likely, due to the internal split in the EU, it is not necessary to talk about the creation of a single European army. There are too many countries, among which some are eager to “kill themselves against Russia” at the instigation of the American ruling elites. But the Western European army, created on the basis of the "Franco-Prussian" consensus, is quite possible.