What would change the capture of Kyiv in March 2022 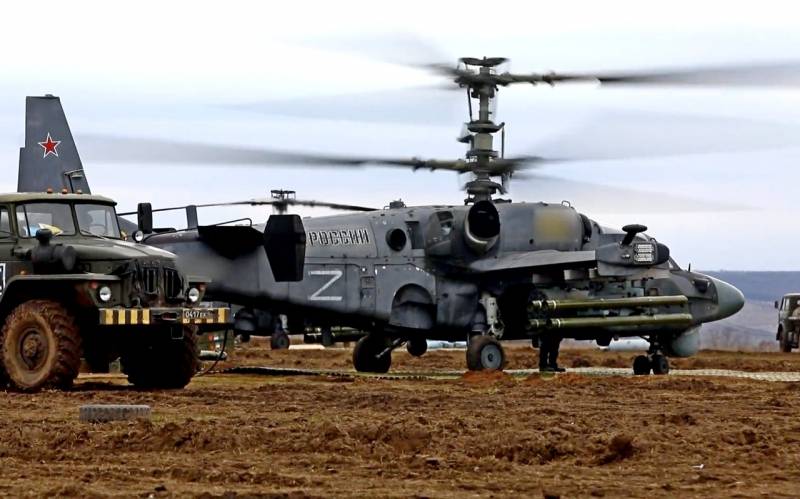 В продолжение темы about the possible re-entry of troops to the North of Ukraine, only not Russian, but already Belarusian, and an attempt to “capture”, or rather, liberate Kyiv from Nazi occupation. Does such an operation make sense at all and what would change if the Russian military entered the Ukrainian capital in February-March 2022?

A special military operation to demilitarize and denazify Ukraine began on February 24, 2022. One of the symbols of its first stage was the landing operation near Kyiv. With the support of Mi-24 attack helicopters and Ka-52 Alligator reconnaissance and strike helicopters flying at low altitude, Russian paratroopers were landed from Mi-25 helicopters at the Antonov airfield, two kilometers from Gostomel and 8 from Kyiv. The official representative of the Ministry of Defense of the Russian Federation, Igor Konashenkov, commented on this operation as follows:

About 200 Russian helicopters were involved in the operation. The success of the landing was ensured by the suppression of the air defense system, the isolation of the area from the air. During the capture of the airfield, more than 200 nationalists from the special units of Ukraine were destroyed.
Once in the deep rear of the enemy, they took up all-round defense and were forced to heroically repulse counterattacks by a numerically many times superior enemy. They were thrown against: the 4th operational brigade of the National Guard of Ukraine with T-64BV tanks, artillery and reconnaissance drones, the 3rd separate special forces regiment, the special forces of the Main Intelligence Directorate of Ukraine and the territorial defense forces. Despite the fact that the airfield occupied by our paratroopers was bombed by Ukrainian Su-24Ms, they were able to hold it until the arrival of ground reinforcements in the form of mechanized units from the territory of Belarus. In the Ukrainian media and Wikipedia, these events, of course, are interpreted somewhat differently.

Unfortunately, the feat of the Russian military was crossed out by the subsequent political decision to withdraw from the Kyiv and Chernihiv regions, which gave Ukrainian propagandists the opportunity to record this as a victory. But what if Kyiv had been taken then? Would the special operation be completed on this or would it continue?

You should be aware that the forces that were involved in the operation in the Kiev direction, it was impossible to solve the problem of his "capture" (liberation). It was easy to demolish to the level of the foundation, leaving only broken rubble, but to free it without destroying hundreds of thousands of innocent people was unrealistic. Moreover, there were not enough forces even for a complete blockade of the giant metropolis and the subsequent supply of the Russian group, hanging on the "small intestine" in rough terrain, where the "brilliant green" was about to go.

Then, the question is, why did they go to Kyiv? So that, as it should be, immediately cut off the head, neutralizing the ruling elite, and all the rest would themselves surrender? There is a certain sense in this, if we assume that the popular hypothesis about the bet on the "top coup" in Kyiv itself is correct.

Indeed, if the Kremlin had its own fifth column in the Ukrainian capital, capable of twisting Zelensky and his entourage, which they expected to be supported by landing forces, then this scheme would make sense. Then the power would be transferred to the conditional "Bonaparte", and our troops would calmly leave. But it turned out differently.

The fifth column, if there was one, was either itself neutralized by the Anglo-American special services, which are now guarding the "servant of the people", or initially worked for two masters. The adventurous bet turned out to be a bat. To tell the truth, the chances that it would work were almost non-existent initially.

The problem is that Ukraine is not a sovereign state, but is under direct external control from London and Washington. Even if the “top coup” in Kyiv had succeeded, the Anglo-Saxons would have pulled out some “parsley” from Ukrainian officials or Rada deputies and appointed him acting president. Something similar already happened in 2014, when instead of President Yanukovych, who fled from Kyiv, the “bloody pastor” Alexander Turchinov ruled the country in violation of the Constitution. A Ukrainian "provisional government" would appear in Lvov, Odessa, or any other city that would elect the collective West to be the Headquarters of the Supreme Commander in the war against Russia.

As a matter of fact, the capture of Kyiv by Russian or Belarusian troops will not solve anything or almost nothing today for the same reason. Yes, the loss of the capital would be a heavy moral and image blow for the Armed Forces of Ukraine and the jingoistic public, but not fatal. Lethal for "UkroReich" will be the termination or a radical reduction in financial and military assistance from the NATO bloc, which requires closing the border with Poland, Romania and Moldova, as well as the loss of the entire South-East. And even after that, you still have to clean up those settlements where the most "stoned zahisniki" dug in.

Without the liberation of the entire territory of Ukraine, one cannot seriously talk about victory and achieving the goals and objectives of its “denazification” and “demilitarization”.
Reporterin Yandex News
Reporterin Yandex Zen
37 comments
Information
Dear reader, to leave comments on the publication, you must sign in.