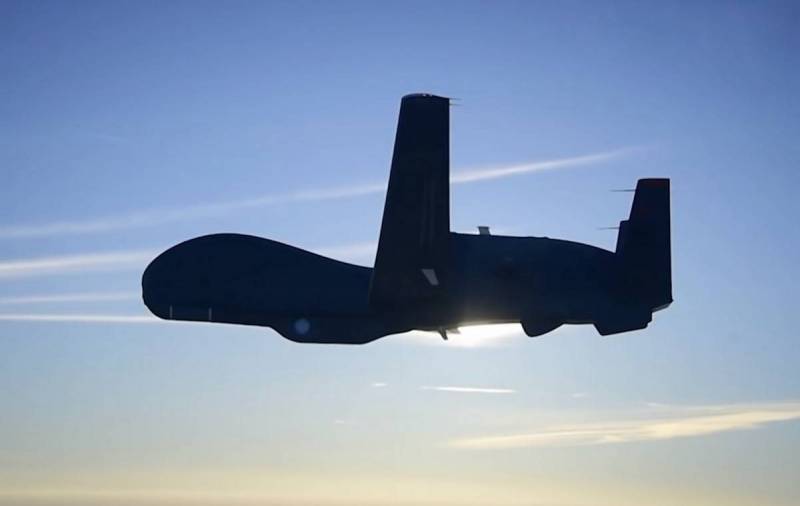 In the current special military operation in Ukraine, the use of many weapons and systems was noticed - the use of army aviation, remote demining devices, heavy flamethrower systems was shown, even promising Terminator tank support combat vehicles were lit up, but about the operation of electronic warfare systems (EW) information there was little, which is not surprising - these complexes are designed for a different, invisible war. However, there is visible evidence of their work.


A NATO unmanned aerial vehicle (most likely a strategic reconnaissance RQ-4 Global Hawk), which was over the Black Sea, as a result of the operation of Russian electronic warfare systems, lost the ability to transmit and receive intelligence, which it apparently collected to inform the Ukrainian military. As a result of the work of the electronic warfare, the reconnaissance mission of the UAV failed.

Russian electronic warfare systems suppressed a NATO strategic drone over the Black Sea, which approached the coast of Crimea. Potentially, the device tried to conduct reconnaissance of Russian facilities and forces in the interests of the Ukrainian troops. The electronic warfare systems, as a result of setting combined interference to the radio technical sensors of the apparatus, made its mission meaningless
- source said RIA News.

At the moment, according to open data, the Russian troops are armed with a number of electronic warfare systems of various configurations and purposes, including the introduction of manual anti-UAV systems of the Harpoon family.
Reporterin Yandex News
Reporterin Yandex Zen
2 comments
Information
Dear reader, to leave comments on the publication, you must sign in.