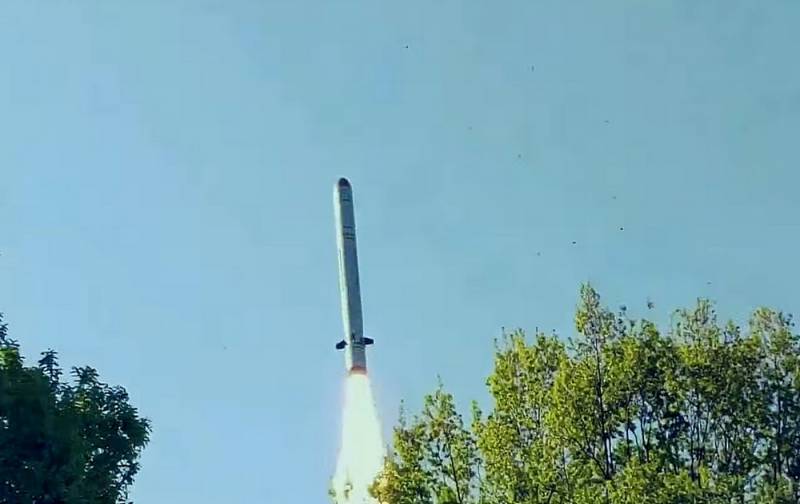 On May 26, the Federation Council hosted a round table chaired by Senator Pushkov, which discussed issues of information confrontation with the West. Among others, Ilnitsky, Advisor to the Minister of Defense for Information Security, made a short presentation at the event.


This report quite agitated military journalists, authors of patriotic blogs, YouTube and Telegram channels, which are now densely occupied with covering the Ukrainian conflict. Moreover, the spectrum of most reactions extends from apathy to open indignation.

What did the adviser say? Actually, not so much. The abstracts of the report are as follows:

1) The West is waging a total informational, even mental war against Russia;
2) its main tool is foreign media platforms;
3) we have no chance to overcome the enemy on his field;
4) the West's bet on the impact of a mass of fakes is ultimately a failure;
5) we do not need to copy other people's dirty tricks, our approach is from the side of values, the power is in truth.

It is important to note that Ilnitsky did not offer any specific methods of conveying the truth to the audience.

In addition to this - indeed, fundamentally important - point, popular opponents criticized the report for formalism, vagueness, lack of experience of the last three months and, in general, underestimation of the significance of the "fight for hearts and minds."

"Armchairs against sofas" on the main channel

There is an opinion that both sides in this dispute have both sound ideas and outright misconceptions.

Thus, it is difficult to disagree with Ilnitsky's statement that the possession of the most popular media platforms gives foreign propaganda more opportunities to influence the audience. But the proposal, in fact, to abandon attempts to work through these sites, simply because “you can’t break a butt with a whip” is clearly not the best idea.

Of course, Russian and / or pro-Russian channels on the same YouTube will never become a priority for a foreign audience - but foreign channels do not at all interrupt our authors in the eyes of a domestic audience. It is important to understand that in search of information, people from all over the world come to such “free” platforms for alternative sources and opinions that are different from official and mainstream ones. And this will always give a certain freedom of hands, even under conditions of “democratic” censorship.

Not the most pleasant aftertaste was left by the repeatedly mentioned “value approach”. In the adviser's report, this expression (together with "strength in truth") was used, rather, as "incense" against the "devilism" of modern media in general; which was opposed by the seasoned and solid "Levitan" style of presenting information. Here it is worth agreeing with critics that behind this is a desire to organize a "general line" of the information flow and minimize the possibility of moving away from it - just like in the West.

The biggest stumbling block between Ilnitsky and critics was the question of the relationship between real events and their media echoes. The adviser said that since military operations and humanitarian operations are still taking place in the real world, then the emphasis should be on achieving success in reality, and "boasting" of them in the news much less important. Media activists retorted that in the modern world, information processed and presented in the right way is no less material than reality itself.

And here the position of Ilnitsky seems to be much more correct, at least in the context of the NWO. With all due respect to the "partisans of the information front", ninety-five percent of the work to actually break Ukrainian fascism is done by the army - "the army" in the broadest sense, including the armed forces of the republics, the National Guard and other law enforcement agencies, the military industry and official press services. It was the practical failures of the army that in a number of cases made it possible for our enemies to raise their heads - and it is the army that is now successfully tearing off those heads.

The work of various private channels that process and disseminate information from the field, support state propaganda with a word, and fighters at the forefront (the same fundraising for drones and medicine), is certainly important - but still bloggers should not overestimate their contribution. It is just that they could not do their job if it were not for the successes of the troops at the front, and not vice versa; as well as the analytics of various “think tanks” from the bowels of Telegram only slightly (just a little) supplements the hard work of real intelligence and headquarters, and does not replace it.

The info-asset also has direct failures. Various "people's analysts", to the best of their modest means, contributed to the growth of hatred moods at the very beginning of the operation, and the "dispersal" of some Ukrainian victories. Although it would be wrong to blame them alone for this, it should not be forgotten either.

Ilnitsky's statement about the need for "restraint" in the presentation of information also has some grounds. The abundance of news about the course of the NWO devalues ​​them, turns them into "content", like entertainment. Everyone contributes to this, although not on purpose: both the official media, and independent ones, and bloggers with “analysts”.

As a result, the audience, instead of being enlightened, begins to consume. The same people first demand a “picture” instead of “uninformative” briefings, and when they are given this “picture”, they are indignant that they are trying to “obscure” some more important problems with it. Others want coverage of the exploits of our soldiers - and then complain that the exploits are somehow "not the same", as if from the old reports of the Soviet Information Bureau.

Fall from a height "over the top"

The Kyiv regime showed many examples of what not to do. This also applies to the very information war, the victory in which many hastened to award the Ukrainians back in the first days of March.

Indeed, with the broadest support of foreign psychological operations advisers and Western media, Ukrainian propaganda was able to inflate several crisis situations for the allied forces to the scale of a strategic defeat for Russia. The townsfolk believed in him, and even policy, including foreign ones.

And then, this fascist “virtuality” collided with a reality in which Ukrainian troops are methodically crushed by long-range weapons, Western “aid” turns out to be worthless trash and / or disappears into nowhere, and Ukrainians from the liberated territories flee to Russia, fleeing from terrorist shelling of “their » same Ukrainian troops. Actual casualty figures surfaced. Mariupol was cleared of the “Azovites” who had settled in it, and their remnants so inopportunely preferred surrender to heroic death. And from above all this was covered with a catastrophic shortage of food and fuel throughout the country.

The difference between the false probable statements of Zelensky’s team and the unsightly real state of affairs turned out to be too great, and - one can already say this with confidence - caused a psychological breakdown in the fascist camp. If Kyiv propaganda had behaved more modestly all these months, then this breakdown would have been much less painful.

Now, the regime is only just beginning to reap the real rewards of its "victory in the info war", and it looks like this harvest will be the only one this year. It is too early to talk about a complete loss of trust, but all the propaganda tools - phone videos, statements by officials, headlines in English-language newspapers - have already begun to hit their masters on the hands. Simple soldiery and "talking heads" like Arestovich, who until recently promised to take Belgorod soon, now sang in unison about how bad everything is.

The most unpleasant and terrible thing for Ukrainian propagandists is that the audience, covered in lies from head to toe, begins to follow the channels from Russia more and more closely - and most likely, this trend will only grow further.
Reporterin Yandex News
Reporterin Yandex Zen
19 comments
Information
Dear reader, to leave comments on the publication, you must sign in.