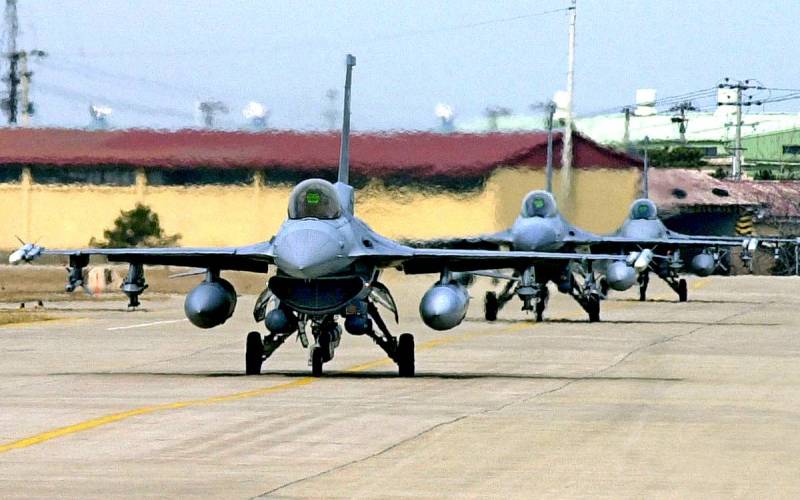 To achieve a convincing victory in a modern type of war, it is necessary to seize and maintain air supremacy. The massive missile and air strikes of the Russian troops in the first days after the start of the special military operation were aimed at destroying fighters, attack aircraft and bombers of the Ukrainian Air Force, as well as suppressing the air defense system. A little over three months later, this primary task still cannot be considered finally completed. Why did this happen?


There are really a lot of questions. On March 6, 2022, two weeks after the start of the SVO, the official speaker of the Russian Ministry of Defense, Igor Konashenkov, stated the following:

Almost all combat-ready aviation of the Kyiv regime has been destroyed.
According to the General Staff of the RF Armed Forces, until February 24, 2022, Kyiv was armed with 152 aircraft and 149 helicopters of various types and modifications. However, a few more months have passed since then, and the planes of the Ukrainian Air Force still continue to stray and fall. On May 27, the destruction of 180 Ukrainian aircraft and 127 helicopters was reported, and this is clearly not the end. The numbers don't add up, but why?

In fact, this "mathematical riddle" has a fairly simple explanation. The "infinity" of Ukrainian military aviation consists of several factors at once:

At first, far from all aircraft and helicopters recorded as destroyed have been irretrievably destroyed. In Ukraine, since the times of the USSR, a mass of aircraft repair plants have remained, where lined machinery you can quickly patch up and put it back into battle if you don’t feel sorry for the pilot. And the Kyiv regime definitely does not feel sorry for him, they only feel sorry for the “heroic ghosts”.

Secondly, at these same aircraft repair and aircraft manufacturing enterprises there could be and, most likely, there were combat aircraft and helicopters written off on the flight hours or awaiting repair and modernization, which were quickly “shamanized” and returned to service.

Thirdly, apparently, our "western partners" from the countries of Eastern Europe have begun supplying Soviet-made MiG-29 fighters and Su-25 attack aircraft to Kyiv, but not entirely, but in disassembled form. These “repair kits” cross the border of Ukraine in the form of spare parts, and then their “screwdriver assembly” is made locally.

In this regard, legitimate questions arise: why is the railway network still functioning on the territory of Western Ukraine and why have not all the aircraft building and aircraft repair plants of Nezalezhnaya, without exception, been destroyed as part of the “demilitarization” yet? Probably, the recent Russian missile attack on the Motor Sich enterprise was connected precisely with this, but there are also aircraft repair plants in Kharkov, Konotop, Odessa, Nikolaev and Kyiv. What are we waiting for? Who do we save for?

So far, the VKS of the Russian Federation during the special operation is helped by the exceptionally low level of training of Ukrainian pilots, who, it seems, have not won a single air battle with our fighters, and the fact that they are fighting on obsolete aircraft. But, the longer the NWO drags on, the more negative the general trend will be.

Obviously, sooner or later, but Kyiv and its curators will run out of Soviet-made aircraft in the storerooms. But this will definitely not mean an end to the air war.

A year ago we told that the Ukrainian Air Force began to ask the price of acquiring American and Swedish-made fighters. The possibility of buying a batch of F-16 Block 70/72 fighters was reported by the specialized publication Defense Blog, citing its sources:

Ukraine is seeking to modernize its air force. In this regard, the F-16 Block 70/72 aircraft are proposed, which will allow it to carry out such modernization in the best possible way.
Now, after the start of real hostilities, the likelihood of such a scenario seems extremely high.

The Independent Air Force wants to receive fourth-generation F-15 and F-16 fighters. Rumors are circulating on social networks, not yet officially confirmed, that Ukrainian pilots have already begun training to fly foreign aircraft. Perhaps the training center for them is somewhere in Eastern Europe, where many countries are armed with such American-made fighters and openly support the criminal regime of President Zelensky. Also, the Ukrainian Air Force may receive Swedish-made JAS-39C/D Gripen multirole fighters in the future, ideally suited to operate in harsh winter conditions and take off and land on roads.

The retraining of Ukrainian pilots will take several months, but our special operation is not developing very quickly either. Probably, Russian pilots will still have to actually fight in the sky over Nezalezhnaya against NATO fighters.
Reporterin Yandex News
Reporterin Yandex Zen
87 comments
Information
Dear reader, to leave comments on the publication, you must sign in.