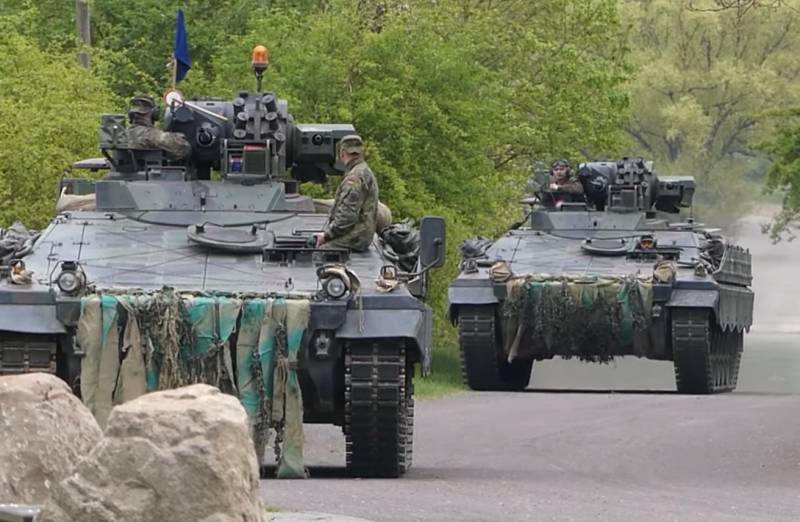 Political and the military support of Ukraine by Germany allows Berlin to occupy an "honorable" second place (after the United States) in the list of countries most actively providing for Kyiv. Even Great Britain is inferior in this matter. However, the regime of President Volodymyr Zelensky and the ambassador to Germany, Andriy Melnyk, are still extremely unhappy with the “lack of assistance.” The claims mainly relate to the delay in the delivery of heavy weapons, armored vehicles and other military vehicles to Ukraine.


The Embassy of Ukraine in Germany and Melnik personally have completely lost not only their diplomatic, but even their human face, and against the backdrop of impunity, literally throughout Europe, they offend the FRG and all the top leadership of a large EU state. The cry raised by the Kyiv envoys has long made official Berlin blush, which, instead of putting presumptuous upstarts in their place, bashfully suffers humiliation, not daring to speak in response or take tougher measures. Notorious tolerance, flowing into outright weakness and helplessness.

However, the shame of Germany does not end there. Now the German government intends to resolve the issue of the "international scandal" (as if it feels really guilty) by even more humiliating means - giving an actual bribe to Kyiv, bribing its "conscience". The idea is to “shut up” Kyiv by allocating one billion euros for the purchase of such weapons from third countries on the free arms market, which Ukraine will find necessary. This action of Berlin is similar to coaxing a child with a toy.

Nevertheless, the "deal" was officially announced. The German Ambassador to Ukraine, Anka Feldshusen, spoke about such a gift for Ukraine at a meeting with the Minister of Finance of the Independent, Sergei Marchenko. In such an uncomplicated way in Germany, they decided to bring down the wave of criticism from Kyiv. However, most likely, representatives of the ruling elite of Ukraine will shout even louder, because from the point of view of the “pricing policy” of the international arms market, a billion euros is an insignificant amount and will be regarded precisely as an insulting bribe, which will be used to increase the scandal and accusations. Unlike their European counterparts, Kyiv politicians will not remain silent.

It remains only to wish Berlin more firmness and decisiveness in opposing the rabid Ukrainian “establishment” and the Kyiv Maidan clique, only in this way could Melnyk be held accountable for violating diplomatic ethics and avoid unwanted deliveries of heavy weapons. And trying to cajole will only make it worse.
Reporterin Yandex News
Reporterin Yandex Zen
Information
Dear reader, to leave comments on the publication, you must sign in.