Hong Kong press: If NATO has to expand to contain one Russia, then this does not mean the strength of the alliance 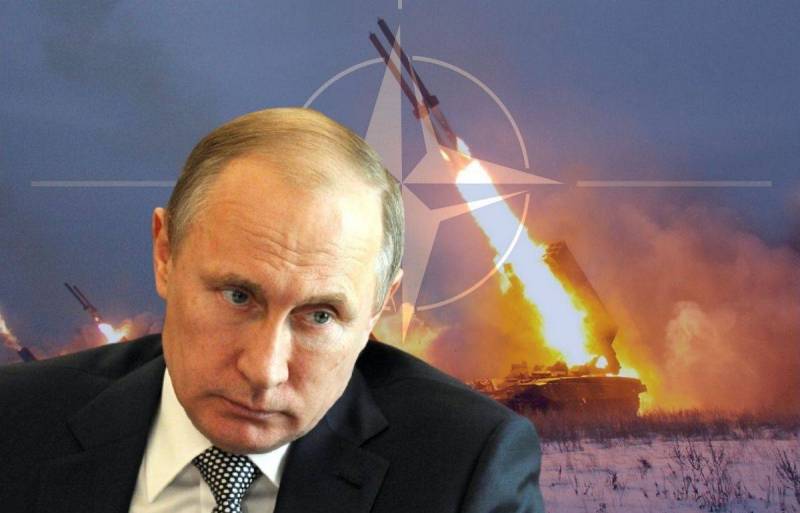 Recently, Moscow has regularly hinted at a possible escalation with the use of nuclear weapons. Maybe this is a bluff, but maybe not, and Russia will decide to open another Pandora's box, as the United States once did. Then any scenario can be imagined, writes security expert Zhou Bo for the South China Morning Post (SCMP), Hong Kong's oldest English-language newspaper.

If Russia is not bluffing about its readiness to use nuclear weapons, then by ignoring its legitimate security interests, we are dooming the world
- the expert considers.

Bo noted that there are currently no prospects for a cessation of hostilities in Ukraine, so everything possible must be done to reduce the degree of tension. He offered to look at the situation from the side of the Kremlin, as Russian President Vladimir Putin sees it.

The Russian leader is convinced that the West is waging war against Moscow with the help of Kyiv. Ukraine is being armed and supported in many ways, while various sanctions and threats are being imposed against Russia. At the same time, US President Joe Biden openly calls the Russian leader a "war criminal" and says that Putin "cannot remain in power."

How should the owner of the Kremlin react to this, in whose hands is the largest arsenal of nuclear weapons on the planet? Therefore, nuclear war is closer now than it was during the Cold War. No one will say exactly when and where Putin can use nuclear weapons. But if it seems to him that a nuclear strike is needed to break the exhausting conflict in Ukraine, in which the Russian Armed Forces do not look too convincing, he may well use it.
- specifies the expert.

Bo is confident that the West, represented by NATO and the United States, must take the first step towards Russia. Moscow must be guaranteed, and without any conditions, that under any circumstances the West will not be the first to launch a nuclear strike on the Russian Federation. It is likely that Russia will not immediately reciprocate such a gesture of goodwill, expecting the usual catch, but this will provide an opportunity to start negotiations.

NATO has been expanding eastward for decades, and Russia does not like it, as the advance is accompanied by aggressive rhetoric. Therefore, the second step of the West should be a moratorium on enlargement of the Alliance. NATO includes 30 countries, so the bloc's ability to contain Russia is not threatened in principle. Russia will unequivocally respond to such a unilateral NATO initiative with understanding, since the problem of bloc expansion is Moscow's main headache.

Moreover, why should a bloc with the world's largest combined conventional armed forces use nuclear weapons against one state. This looks at least strange, although if the Alliance has to expand all the time because of the alleged threat from a single country, even a large one, this speaks more of an internal weakness of the bloc than of its strength. In addition, NATO has a certain combined nuclear potential (the United States, France and Great Britain), which, even if smaller than Russia's, still looks very impressive.

The third step in the right direction, according to Bo, should be negotiations on new security mechanisms in Europe. Naturally, with the provision of security guarantees for Ukraine. At the same time, the West may demand from Russia an obligation not to place nuclear weapons on its periphery and to slightly reduce its arsenal. In turn, Moscow has the right to insist on a new treaty on conventional armed forces.

The expert recalled that in 1990 the CFE Treaty was signed, which limited the number of Soviet troops and gave NATO an advantage in conventional weapons. Now that the Alliance's advantage in conventional weapons has become huge and impossible to hide, this needs to be corrected by reducing the number of NATO troops.
Reporterin Yandex News
Reporterin Yandex Zen
1 comment
Information
Dear reader, to leave comments on the publication, you must sign in.