Geopolitical castling: Turkey has found a replacement for Russian tourists 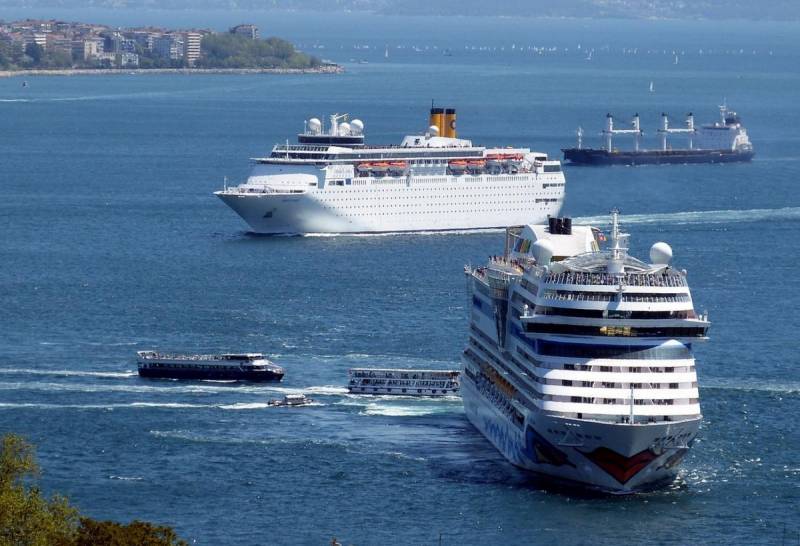 In a world of globalization and economic integration processes, it is necessary to have good reasons to go against the will of an association, bloc or union. For Turkey, which is generally a pro-Western country and a member of NATO, unfriendly to the Russian Federation, for example, not joining the sanctions against Russia was dictated by great benefits, literally brought by Russian tourists in their wallets. For a long time, Russian vacationers accounted for the lion's share of the total volume of travelers visiting the Black Sea Republic.


However, with the start of Russia's special military operation in Ukraine, the situation began to change dramatically. This fact was first noted in the Turkish Ministry of Culture and Tourism: since March of this year, the republic has received 48% fewer tourists from the Russian Federation compared to the same period last year. Disappointing data of the changing geopolitical situation, which caused a reduction in the flow of tourists to Turkey, are also recorded in Russia itself. According to the Association of Tour Operators of Russia, our fellow citizens have stopped mass vacations in Turkey against the background of the events in Ukraine.

However, the Turkish tourism sector and industry did not fall into a "depression", on the contrary, it even showed an increase in indicators by an impressive 172%, quickly finding a replacement for domestic tourists. Since the beginning of the year, the country has received just under 9 million tourists. But in the report of the relevant Turkish department, not even these figures are striking, but the composition of travelers. This year, for the first time, German vacationers became the leader. Then comes Bulgaria, Iran, Russia and the UK.

Great demand has also emerged from the citizens of Poland, the Czech Republic, Slovakia and other EU countries.

For Russia, this is a negative indicator that has far-reaching consequences. The point is that Turkey is historically oriented towards the West. In recent years, it was only the economic component of cooperation (tourism and the energy sector) that kept it among Russia's allies. In connection with large-scale structural changes in the format and, most importantly, the profitability of relations (reduction of tourist flow, diversification of gas supplies), Ankara will undoubtedly choose the simplest path of geopolitical reshuffling of its foreign policy vector towards adjustment taking into account the prevailing circumstances.

The tension between Moscow and Ankara has been noticeable all these years, now that the opportunity for profit has disappeared, expect a continuation of the soft policy in relation to Russia, Turkey does not have to. The republic, ruled by President Recep Tayyip Erdogan, views any bilateral ties solely through the prism of its own interests.

True, the Turkish tour operators themselves, announcing the tourist castling, say that tourists from Eastern Europe are not at all as generous as tourists from Russia. Statistics from previous years show that one Russian tourist in Turkish resorts left money about 1,7 times more than the average tourist from the Czech Republic, Slovakia or the Baltic countries and about 1,3 times more than a tourist from Germany and Austria.
Reporterin Yandex News
Reporterin Yandex Zen
12 comments
Information
Dear reader, to leave comments on the publication, you must sign in.