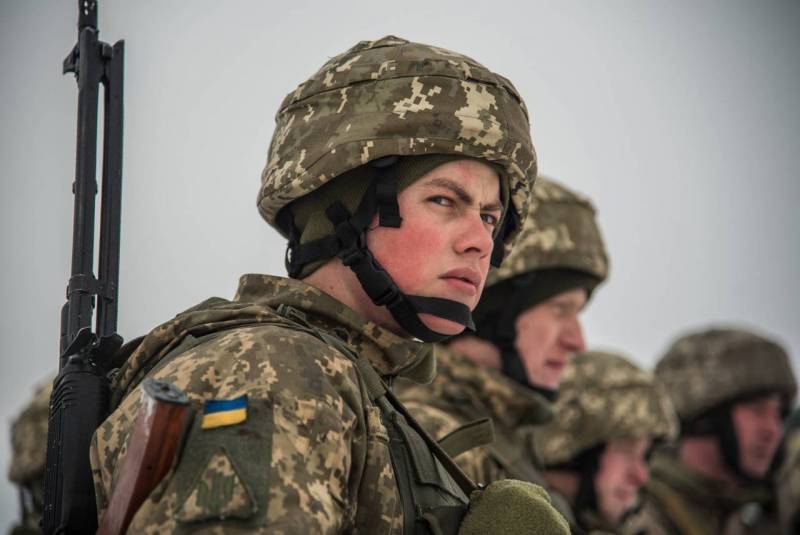 Soldiers of the Armed Forces of Ukraine are increasingly organizing "quiet riots" in the Donbas, which demonstrates the deepening of mistrust and the growing contradictions between them and the officers. This time, a high-profile public incident of disobedience took place in Severodonetsk.


A video has appeared on the Web in which Ukrainian servicemen massively refused to take up positions during the construction. Unfortunately, we can not post these frames, as they contain a large amount of profanity. Those who wish to find this video will not be difficult to do this.

On the record made by one of the soldiers on May 26, the officer stands in front of the formation and reads out the rank, surname, name and patronymic of the soldier, making a roll call after the announced combat mission. The soldiers begin to resent.

Shchedrishchevo (a village near Severodonetsk - ed.) was handed over on the 14th
- pointed out the video shooter, who began to walk along the line.

Filming us? Quiet and not good
- the author of this video tells them, reacting to remarks from their side.

The officer continues to call the soldiers, acting as if nothing significant is going on.

Support, provision... I don't hear a response
- the author of the video addresses the officer.

However, he ignores him and continues to read out the ranks and names of the soldiers in the formation.

Soldiers must trust their command. How can we trust you if you are now sending us to the positions that we lost on the 14th. Today is the 26th, they have already established themselves there. In my platoon there were thirteen 300s (wounded - ed.) and two 200s (killed - ed.). Are you kidding me? This is a criminal order that we have the right to disobey.
- says the cameraman, behind whom you can hear the growing voices of the military, dissatisfied with the inadequate order.

However, the commander and other approaching officers continue to ignore the soldiers.

We took out the 200s and 300s in Zhiguli. Have you helped us?
the soldier asked, behind whose back it was already too noisy.

After that, seeing the serious intensity of passions, the leader of the formation said that the entire platoon would be questioned. All information from each soldier will be recorded and verified. So he asks to keep his emotions to himself.