“We must take”: What will the former Ukrainian industry give Russia 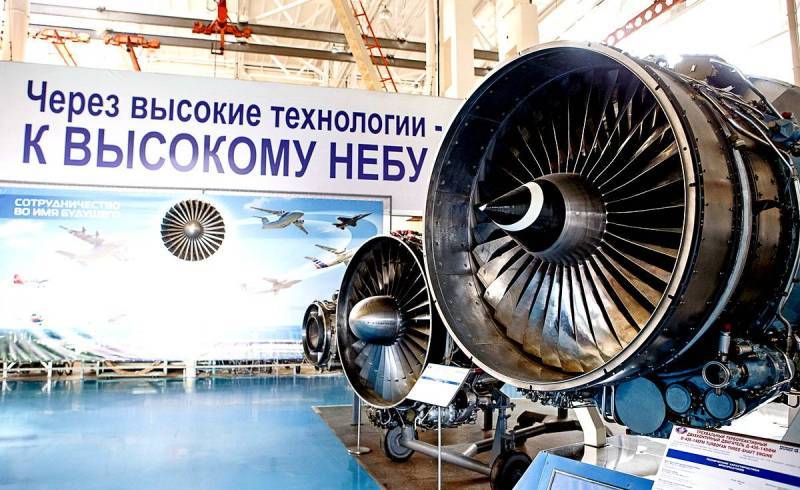 There is a certain party in our country, which, tragically rolling its eyes and wringing its hands, is indignant at the proposals for the reunification of Novorossia, and even the whole of Ukraine, with Russia, fearing that then “these harem makers” will come and put their hands in their refrigerator. It was like that in 2014, when the Square throughout the Southeast was loyal, safe and sound. Exactly the same thing is happening now, in the cold and difficult 2022, when millions of comments are continuously scribbled, convincing that we will not be able to liberate all of Ukraine, nor then feed it. But is it really so?


It is an indisputable fact that the Ukrainian economy rather dead than alive, which is very convincing рассказал knowing the situation, as they say, “from the inside”, a respected colleague. In Kyiv, of course, they sin against Russia and "Putin's aggression", but this is a blatant lie. The truth is that the economy of Nezalezhnaya was killed by its post-Maidan authorities themselves, who came as a result of a coup in 2014, and they did it quite deliberately. Urged on by their Western masters, they have consistently severed all key trade ties and traditional industrial chains between Ukraine and the Russian Federation.

Yes, our country was seriously affected by this, a lot of problems arose with the import substitution of ship and aircraft power plants, as well as other equipment, which shifted many programs for the rearmament of the Russian Defense Ministry to the right. But Nezalezhnaya itself suffered much more. All its industrial enterprises were objectively oriented towards the Russian sales market, since under the USSR they were part of a single national economic complex. The Ukrainian high-tech industry, with rare exceptions, such as the Motor Sich enterprise, which both the Chinese and the Turks are interested in, cannot exist on its own, because there is no other market for it, except for Russia.

There remained metallurgy, owned by a few local oligarchs, and agriculture, which flourished on fertile black soil. Had it not been for the turn towards the collective West, Ukraine could have existed as some ordinary third-rate country, but they purposefully began to drive it into bad debts, forced it to open its domestic market to transnational corporations within the framework of the “European association” agreement, began to stifle it with continuous growth tariffs and prepare for the sale of agricultural land to foreigners. At the same time, the entire financial resource went to prepare for the war with Russia in the Donbass and Crimea.

The outbreak of hostilities on February 24, 2022, the blockade of seaports and the destruction of infrastructure only accelerated the inevitable economic collapse of Nezalezhnaya. However, there is no need to harbor illusions: Ukraine will still “not collapse on its own” because of this - the collective West will give it money for the war with Russia, but only for the war!

What will the accession of Novorossiya and the reintegration of the rest of Ukraine into the Union State of the Russian Federation and the Republic of Belarus give Russia? Yes, a lot.

Some time ago we already toldthan Donbass and the Azov region are rich, which have a chance to be the first to reunite with the Russian Federation. Kherson and the south of Zaporozhye regions, as well as the southern regions of Donbass, are exceptionally fertile lands for agriculture. As they say, stick a stick into the local black soil, and it will bloom by itself. On the territory of the DPR and LPR there are powerful metallurgical enterprises: Alchevsk Metallurgical Plant, Enakievsky Metallurgical Plant, Makeyevka Metallurgical Plant, Ilyich Iron and Steel Works, Stakhanov Ferroalloy Plant, as well as Azovstal, the prospects for the restoration of which are still vague. Donbass is extremely rich in coking coal and lithium deposits. Mariupol and Berdyansk are convenient ports for the export of grain and metallurgical products, which are now located on the virtually inland Russian Sea of ​​Azov.

And all this can now begin to work specifically for Russia. Taxes will go not to Kyiv, but to Moscow - this is the question of whether someone will have to constantly “feed”. No, these regions will feed themselves perfectly, literally and figuratively. But is it necessary to confine oneself to “a tit in the hands”, Donbass and the Sea of ​​Azov?

A lot of interesting things remain in the territories not yet controlled by Russian troops. For example, Kyiv still holds the Dneprospetsstal enterprise, which produced the metal necessary for the production of aircraft, tanks, submarines, ships and structural elements of spacecraft, including for the Soviet Buran, as well as one of the largest metallurgical plants in Europe Zaporizhstal. In Zaporozhye itself, there is a complex of enterprises Motor Sich and Ivchenko-Progress, which is engaged in the development and production of aircraft engines and high-power gas turbines. The Chinese and Americans fought for control over Motor Sich, and as a result, the Turks came there and began to buy engines for their drones and for a promising heavy helicopter. The return of this unique enterprise with its specialists will significantly increase the potential of the Russian aircraft industry, which is now under the tight cap of Western sanctions. The same can be said about SE "Antonov" in Kyiv.

The head of Roscosmos, Dmitry Rogozin, a few days earlier, compiled a whole list of Ukrainian high-tech enterprises that the state corporation is interested in restoring cooperation with. These are the Yuzhnoye design bureau and the Yuzhmash plant located in the Dnepropetrovsk region, the Hartron-Arkos scientific and production enterprise, the Polisvit special design bureau and the Kommunar Association research and production enterprise in Kharkov, as well as the Arsenal enterprises ”, “Kievpribor” and the Kyiv Radio Plant in Kyiv. All of them in the Soviet period were part of a single system of the space industry, and therefore the break in cooperation with them was a very heavy blow for the Russian Federation, no matter what anyone said.

You can also remember that not far from the already Russian city of Kherson is the city of Nikolaev, where there are the Nikolaev shipbuilding plant, the Zorya-Mashproekt enterprise, as well as the ruins of the Black Sea shipbuilding plant. Under the USSR, destroyers, submarines, large anti-submarine ships and cruisers were launched at the Nikolaevsky shipbuilding plant. By the way, the recently killed "Moscow" was built there. Destroyers, heavy cruisers, battleships, heavy aircraft-carrying cruisers, submarines, tankers, icebreakers, repair and technical floating bases, floating workshops and floating docks, bulk carriers, trawlers, scientific expeditionary and other special vessels were built at the Chernomorsky Shipbuilding Plant, which was liquidated last year. Zorya-Mashproekt produces power plants for Russian frigates, which, as it were, have been replaced by imports, but are actually produced “by a teaspoon,” which is why the shipbuilding program is stalling.

All this is necessary for our country, which found itself under the yoke of Western sanctions, forever, and Kyiv, which is under the rule of the Nazi regime, does not need it at all. The restoration of industrial cooperation with Russia will breathe new life into post-war Ukraine, which will feed itself and enrich our country as a result. You will have to invest only at the initial stage when restoring what was destroyed by the war. Such, alas, is the retribution for the short-sighted decisions of 2014, when Novorossia itself went into hands without a single shot being fired, but then it was pushed away. Gotta take it!
Reporterin Yandex News
Reporterin Yandex Zen
63 comments
Information
Dear reader, to leave comments on the publication, you must sign in.