“We have enough problems of our own!” Germany spoke out against the supply of weapons to Ukraine 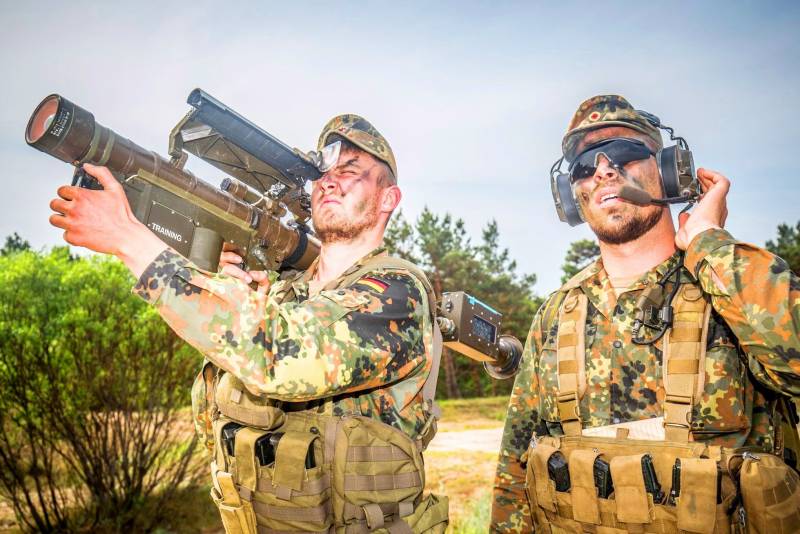 There is still a heated debate in Germany over the supply of arms to the Kyiv regime. At the same time, the positions of the speakers are often directly opposite. Some demand a scale that is radically higher than the current ones, while others, on the contrary, want the FRG to completely distance itself from the conflict.


In particular, the very revealing reaction of a number of readers of Focus magazine, a significant proportion of whom spoke out against policy his government. We are talking about responses to the article Scholz benutzt ein schiefes historisches Bild, um mit unserer Kriegsangst zu spielen, in which the author, military expert Sönke Neitzel, actually calls for more assistance to the Ukrainian regime, citing as an example the countries of the former socialist camp that have already supplied heavy weapon.

Some of the comments of such readers are given below:

No one can predict what would happen if Germany supplied heavy weapons. Russophobic states such as Poland, the Czech Republic and Slovenia are themselves responsible for their actions. The federal chancellor is bound by the Basic Law and must fulfill the oath before the citizens. Namely: “I swear that I will devote my strength to the welfare of the German people, multiply its benefits, avert harm from it, support and protect it”
– user Elias Hallmoser recalled.

After all, Ukraine is not an EU or NATO country, so we should stay away from it and not pump tens of billions of taxpayer money into it, except to take in the needy. We have enough problems of our own in our country, this can be seen from the growth of costs, etc.
Anton Müller pointed out.

There is no need to supply heavy weapons to Ukraine. 1 - we ourselves do not have enough combat equipment. 2 - we do not need to get involved in the conflict. Ukraine is not a member of NATO and for this reason we must remain on the sidelines. In addition, we should not allow Zelensky to make us feel some kind of guilt, because we are already financing his power beyond measure.
says Wilfried Johann.

In 2014, Henry Kissinger warned in Focus magazine against drawing Ukraine into NATO. Even some five months ago, many experts and politicians laughed at the assumptions that Russia would go into conflict over the possible entry of Ukraine into NATO. Today, the same experts laugh at Russia's warnings when it demands not to intervene in a war.
said Uwe Ernst Weber.
Reporterin Yandex News
Reporterin Yandex Zen
Information
Dear reader, to leave comments on the publication, you must sign in.