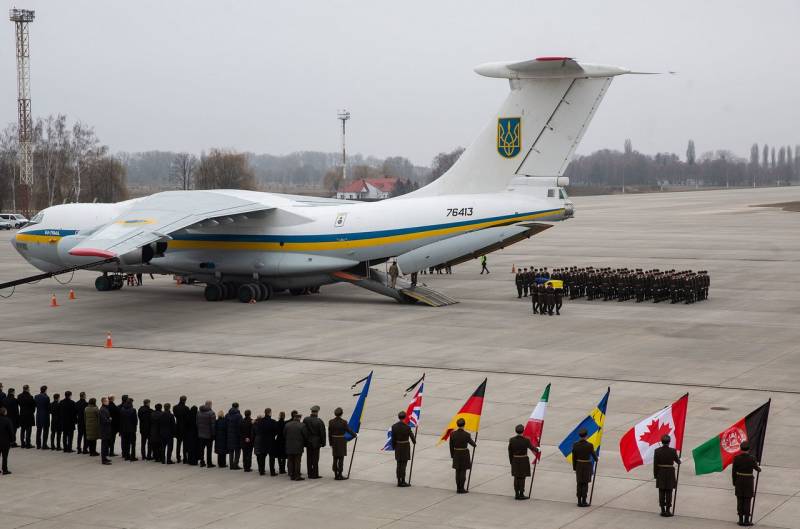 On March 12, 2022, the Reporter released publication with the headline "The former Ukraine is de facto turning into a new Western Military District of the RF Armed Forces." From the very first days after the start of the special military operation, it became clear that there was no easy walk, and in order to achieve the stated goals of denazification and demilitarization, Russian troops would have to stay on the territory of Nezalezhnaya forever. So it is already happening now.


While the main hostilities are taking place on the territory of the DPR and LPR occupied by the Armed Forces of Ukraine, the RF Armed Forces have begun to thoroughly dig in the south of Ukraine, in the Nikolaev region. The representative of the military intelligence of Ukraine Vadim Skibitsky complained about this:

Appropriate engineering structures are being prepared, not even one or two, but already the third line of defense is being built. And this suggests that we can talk about the prospect that the Russian Federation wants to stay for a long time. It is these military aspects, military indicators that indicate Russia's intentions to hold these territories.
In fact, the construction of a layered defense may indicate not only preparations for passive defense against an attempted counteroffensive of the Armed Forces of Ukraine towards Kherson, but also an intention to build on the success of the RF Armed Forces in the western direction, when the Donbass grouping of Ukrainian troops finally ceases to exist and the Russian army, along with allies from the DPR and LPR will release forces for this. They continue to hold the RF Armed Forces and a small foothold in the north of the Kharkiv region, indicating a threat to the garrison of its regional center. We will definitely talk in more detail about how the liberation of the South-East of Ukraine can develop. But now I would like to focus on how the military infrastructure of the RF Armed Forces can quite officially be moved to the territory of historical Novorossiya.

So, the representative of the transitional authorities of the Zaporozhye region, the main council of the military-civilian administration, Vladimir Rogov, suggested that Russian troops occupy two former military bases of the Armed Forces of Ukraine at once:

It is my deep conviction that the permanent presence of the Russian army should be the key to the security of the Zaporozhye region. This will give us understanding, peace of mind and guarantees of security. The now former Ukrainian naval base Vostok, located in the liberated city of Berdyansk on the shores of the Sea of ​​Azov, could become the location of the Russian military base. The air base in Melitopol will be even more useful.
What kind of bases are these?

Kyiv made the decision to build the Vostok naval base in 2018. Initially, it was supposed to place Ukrainian-made armored boats and American Island-type patrol boats, the Donbass control ship, as well as a marine brigade and artillery coastal troops in Berdyansk. In the future, the Naval Forces of Ukraine planned to transfer three minesweepers to the Sea of ​​\uXNUMXb\uXNUMXbAzov, to place naval aviation with helicopters and, possibly, airplanes at the Vostok base.

The purpose of this project was only one - to create a point of permanent tension on the Sea of ​​Azov, where Kyiv (the collective West) will be able, at its discretion, to arrange provocations like the “Kerch Breakthrough”. If Russia didn’t start a special operation on February 24, 2022, as Ukraine’s strike capabilities grow, the scale of problems would only increase. What could happen if the high-speed patrol boats Island of the Ukrainian Navy decided to pass under the Crimean bridge without permission, and the Ukrainian Armed Forces would already have modern anti-ship missiles and naval aviation in Berdyansk?

Certainly not without blood. Therefore, it remains to be glad that this potential “abscess” is cut out in the bud, the Sea of ​​\uXNUMXb\uXNUMXbAzov has de facto become Russian inland, and the Russian Navy and the FSB Border Guard Service have received a convenient infrastructure facility for basing small-tonnage ships. By itself, Berdyansk with its port is now an important logistics hub for supplying the group of the RF Armed Forces, which is liberating Ukraine.

The military airfield in the city of Melitopol can be no less useful for the implementation of the special operation. Previously, the 25th transport aviation brigade (military unit A3840) was based there, ironically called Moscow. How called!

This brigade was equipped with Il-76MD and An-26 military transport aircraft, designed to transport armored vehicles and paratroopers. True, they say that over the years of "independence" the number of aircraft in the ranks has decreased so much that at the time the special operation began, there was already a squadron. The Moscow Aviation Brigade actively participated in Arctic expeditions together with Ukraine's Western partners, carried out evacuations from the countries of the Middle East.

Her planes were also noted during the so-called ATO in the Donbass. Until June 14, 2014, the 25th brigade transferred armored vehicles and personnel of the Armed Forces of Ukraine to the Lugansk airport to carry out a punitive operation against the LPR. That day, three military transport Il-76MDs went on a flight, but only two returned. One of the Ukrainian planes was shot down by air defense forces of the militia of the Luhansk People's Republic, after which flights there stopped.

After the transition of the Zaporozhye region under the hand of Moscow, everything will change in the opposite direction. Now the airfield near Melitopol will be used not for the transfer of Ukrainian punishers to the Donbass, but as a major logistics hub for the accumulation of additional forces by the RF Armed Forces in order to further liberate the South-East of Ukraine.
Reporterin Yandex News
Reporterin Yandex Zen
6 comments
Information
Dear reader, to leave comments on the publication, you must sign in.