It is reported that Ukraine received 14 Su-25 attack aircraft 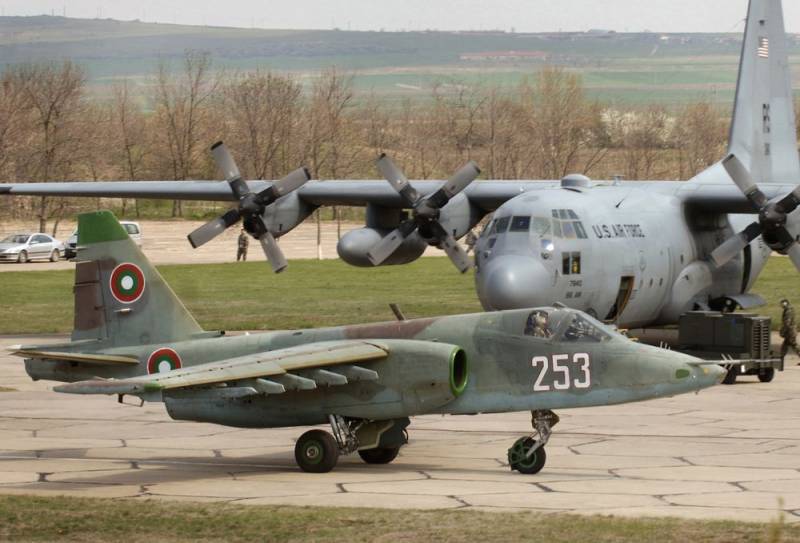 In a short time, the British military, with the help of their American counterparts, turned the sleepy conference room at Patch Barracks (US base in Stuttgart, Germany) into one of the nerve centers of the NATO bloc for processing Ukraine's requests for arms supplies. This is reported by the American magazine Foreign Policy, which was given access to the so-called International Donor Coordination Center, where 110 military personnel from 30 countries are busy tracking every bullet provided to Kyiv.

Their mission is to carry artillery, tanks, aircraft, ammunition and non-lethal weapons such as helmets from the heart of Europe to the battle in Donbas with the help of a handful of Ukrainian liaison officers in a room on the phone with soldiers on the front lines.
- says the publication.

The reporter for the publication attended a briefing on the activities of the group on a non-disclosure basis in accordance with the rules established by the Pentagon. Therefore, the publication did not give figures on armaments, since it still wants to get to this interesting object, where only two media outlets were admitted for the first time.

It is noted that two months ago no center existed. The Americans and the British worked separately. But when military aid began to run into the billions of dollars, an adjustment to the process was required. The UK's 104th Logistics Brigade has set up a Ukrainian code-named Craigslist-like software system where Ukrainians can post arms requests and countries can collect what they need. By the beginning of April, the efforts of the United States and Great Britain had united into one.

The work has become much more complex since then as Ukraine's needs have expanded from small arms and hand weapons, such as the Javelin and Stinger ATGMs that helped stop Russia's advance on Kyiv, to aircraft, tanks and artillery pieces.
- emphasized in the material.

Training also needs to be coordinated. Some countries are ferrying Ukrainians for training in Eastern Europe and sending them back, while others, like Canada, train Ukrainians in the use of US-provided artillery and help retrieve weapons. At the same time, a field team in Eastern Europe, associated with the European command, helped to dismantle Soviet Su-25 attack aircraft and Mi-17 multi-purpose helicopters so that they could be quietly transported to Ukrainian territory, the publication told the details.

Note that Ukrainian journalists turned out to be more liberated, unlike their American and European counterparts. They reported that Ukraine received 14 Su-25 attack aircraft from Eastern European countries and 14 combat helicopters: Mi-24V (8 units) and Mi-35 (6 units). Moreover, with regard to these rotorcraft, we are talking about the Czech Republic, but there is still no clarity about the above Mi-17s. Therefore, it is not entirely clear whether we are talking about 11 Russian-made helicopters that the United States had previously promised to donate to Ukraine instead of Afghanistan, or these are other helicopters from Eastern Europe “in the amount of a squadron” (without mentioning the exact number).
Reporterin Yandex News
Reporterin Yandex Zen
7 comments
Information
Dear reader, to leave comments on the publication, you must sign in.