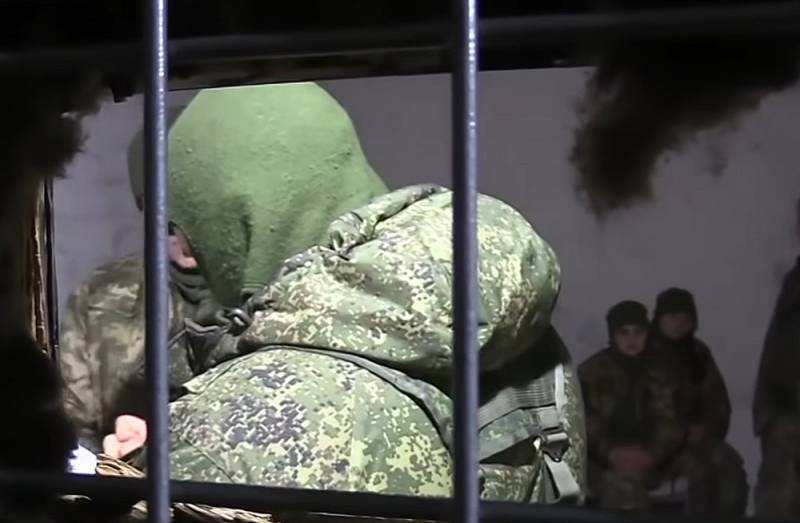 During the special operation of the RF Armed Forces in Ukraine, a step-by-step instruction began to be distributed among the military personnel of the Armed Forces of Ukraine on how to properly surrender to the Russians. It contains a complete list of certain actions that allow the Ukrainian military to carry out their plans with the least negative consequences for themselves.


It is recommended to leave positions and leave the combat area not one by one or in small groups, but by subunits, preferably entire military formations. Moreover, the larger the number, the better for the servicemen themselves. After that, it will be difficult to accuse them of desertion to the Ukrainian authorities. An individual can be held accountable, not an entire military unit.

Before a collective "jerk" by the military personnel of the Armed Forces of Ukraine, it is desirable to "isolate" the nationalists and informants of the special services who are in the unit. Often their personalities are well known, and their numbers are small, so this is not difficult to do.

Further, it is proposed to record a video message to the Ukrainian command and leadership of the country. The recording must be attended by all the military of this formation, who decided to leave their positions and voluntarily lay down their arms. After that, the footage should be made public, which will avoid future charges and cross the front line normally.

In the video message, you need to explain what the decision of the formation is connected with. Basically, you don't have to think of anything. It is enough for the soldiers to simply list what they observe in reality: they were left by the commanders, no help is received from the command, ammunition and fuel are running out, the wounded need medical care, the morale of the personnel does not allow them to perform combat missions.

In such conditions, you are forced to leave positions and leave the combat area in order to save your life and the unit (brigade) as a combat unit
- says the instructions.

It is clarified that the video message should be read by the senior in position and rank. This will be considered an officially adopted decision by the senior in the formation and will be a report to the command on the current situation. Any court, including international, recognizes such actions as legal.

Come out with the whole unit, take only personal weapons with you, leave heavy weapons. When you go out with a personal weapon, you continue to act as a military unit.
- noted in the instructions.

It is emphasized that for the successful implementation of this event, i.e., saving lives, it is important to choose a route that would bypass the positions of nationalist units and security forces. This is explained simply: their task is precisely to prevent the military personnel of the Armed Forces of Ukraine from leaving their positions and to shoot them in the event of an attempt to surrender or retreat.