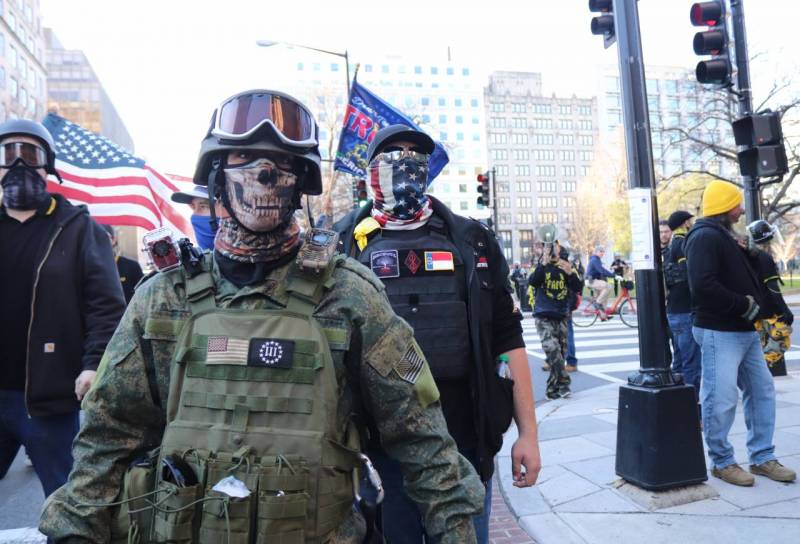 On May 14 this year in the town of Buffalo, New York, an eighteen-year-old youth armed with a self-loading rifle broke into a local supermarket and killed ten people, blacks, while defiantly sparing one of the white women that got in his way. Quite within the framework of “fashion trends”, the shooter organized a live broadcast of his safari on social networks through a helmet-mounted camera; but, contrary to tradition, at the end of the raid, he did not commit suicide and did not go on a suicidal attack on the arriving policemen, but laid down his arms and surrendered.


It was then that it turned out that the shooter was not just a "psycho with a gun", but an ideological racist, anti-Semite and "eco-fascist", as he described himself. His weapons were covered in fascist slogans and the names of "famous" predecessors such as Anders Breivik and Brenton Tarrant (the latter in 2019 fired at a mosque in Australia, killing fifty-one people); and on the Web, the young man had previously posted a "manifesto" of one hundred and eighty pages, for the most part compiled from pieces of the writings of Breivik, Tarrant and other fascist mass murderers. The ultimate goal of his "operation" shooter from Buffalo set the incitement of a racial war in the United States, in which, in his opinion, the entire non-white population of the States should be destroyed.

Mass killings in North America are, to put it mildly, not uncommon (literally the day before yesterday, May 24, 2022, another youth shot about twenty junior high school students and was himself destroyed by return fire from special forces). There have always been quite a few racially or politically motivated among them, but recently their share, according to official estimates, has been growing. And most importantly, the public's attention to the personalities and "programs" of various "superheroes" with guns is growing. In particular, the shooter from Buffalo, having surrendered to the authorities, clearly expects to extend his “crusade” a little more, but already in the information field, effectively speaking in court.

“Lace up your boots, shave your head…”

Despite all efforts to combat it, although racial segregation in the United States has weakened over the past half century, it has not disappeared anywhere - accordingly, various kinds of associations built around the core of the struggle of whites against coloreds live and live. The same Black Lives Matter movement, which became famous all over the world in 2020, was born back in 2012 as a reaction to the death of a black man at the hands of the police, and it was quite well known inside the United States - in fact, thanks to this, mass protests became possible , and subsequent pogroms throughout the country.

But not BLM, which stands “for all that is good and against all that is bad”, is united: part of the blacks in the USA are united by various “churches”, sometimes of a clearly destructive nature, and another part by real armed fascists such as the heirs of the Black Panther Party, pursuing the idea of ​​“apartheid in reverse” ".

And since every action must have a reaction, black populists and extremists in the United States are opposed by whites - the same populists and extremists. Their range is also very wide: there are Christian fundamentalists of various persuasions, and the ideological heirs of the Ku Klux Klan, declaring a “creeping genocide” and “crowding out” of whites by colored people, and opposing the latter antifa. Finally, there is a stratum of "constitutionalists" who believe that in recent times the "feds" have consistently infringed on fundamental American freedoms: to engage in business, to elect and own weapons.

In general, white movements are less amorphous, more clearly expressing their position and often willingness to defend it with weapons in their hands - which is why they are considered a more serious threat to US national security and are under closer scrutiny. In total, according to the estimates of various federal departments, there are up to 120-150 thousand people in the country who identify themselves with all sorts of "militias" and other armed groups. And if most of them are literally “one name” and loosely connected forums on the Internet, some are real paramilitary organizations like the “Right Sector” banned in Russia: Oath Keepers, Proud Boys, Three Percenters and others. Some are even officially registered NGOs.

One of the American ultra-right groups, the Atomwaffe Division, is the mother of an entire international network of neo-fascist organizations: its allies operate in the UK, Scandinavia, the Baltics, and Germany. Since 2014, some of their members and even members of the AD itself have been marked in the Donbass in the ranks of that very “Azov” (an extremist organization banned in the Russian Federation), the remnants of which are now awaiting a tribunal in our captivity. But, in fairness, the Atomwaffe network is officially considered a terrorist network, and its members are being persecuted around the world, including the United States.

In the past few years, American "militias", "detachments" and other "guards" have become noticeably more active. There are many reasons: the extremely dubious results of the presidential elections, the “totalitarian” anti-COVID measures, the riots of blacks, the further offensive of the democratic administration on the free circulation of weapons.

Individual members of several of the right-wing groups listed above participated in the "storming of the Capitol" on January 6, 2021, giving the Democratic Party a pretext for whipping up hysteria about Trump's alleged preparation of an armed coup. From earlier episodes, the case of a white youth, Kyle Rittenhouse, who, among others, participated in armed "people's patrols" during the BLM protests in the summer of 2020 and shot two white looters in the city of Kenosha, Wisconsin, was widely publicized.

Much less known outside the United States is the case of the Wolverine Watchmen group from Michigan, which in the same 2020 planned to kidnap and blackmail political Democratic governor's goals. Characteristically, 2W also hoped with their action to induce activists across the country to armed resistance against lockdowns, but their plot was discovered and strangled shortly before implementation.

"That's not your dad's shotgun, Cowboy!"

By themselves, all these several hundred thousand "patriots", even armed and in contact with each other via the Internet, are still just a crowd that is not able to resist the American machine of state coercion on an equal footing with its numerous toothy heads and lack of complexes about violence.

What gives them real political weight is the deep real connection with Republicans at all levels, from municipalities to Congress and the Senate. More precisely, the Republicans themselves seriously consider white right-wing movements and groups as a political tool and make appropriate investments, informational and material.

Democrats are now using relatively “legal” methods, in particular, the redrawing of electoral procedures, political censorship and just populism, in fact, they are trying to break the two-party system that has existed for many decades, becoming from the Democratic Party just a Party with a capital letter, which will arbitrarily dictate the rules to everyone else. The asymmetric response of the Republicans is just flirting with exalted "patriots" and rhetoric about the prospects of a civil war.

However, not only rhetoric. At the very end of last year, a scandal erupted when the Republican governor of Florida announced his intention to restore the state guard. The scandal was caused not by the fact itself (the existence of paramilitary units that are not part of the National Guard, but subordinate to the governor of the state, is quite legal, and almost half of the regions of the United States have them), but by the fact that the re-establishment of the Florida guard was called a response to the election of a Democratic governor in the neighboring Georgia and the start of the Cold War between the two states.

So far, this is only an episode, but very disturbing for the Democrats. Further sliding of the federal center into insanity, attempts to change the intra-elite status quo, dubious "successes" in foreign policy and a fall in the standard of living of ordinary Americans against their background may well end in an explosion in the foreseeable future.
Reporterin Yandex News
Reporterin Yandex Zen
7 comments
Information
Dear reader, to leave comments on the publication, you must sign in.