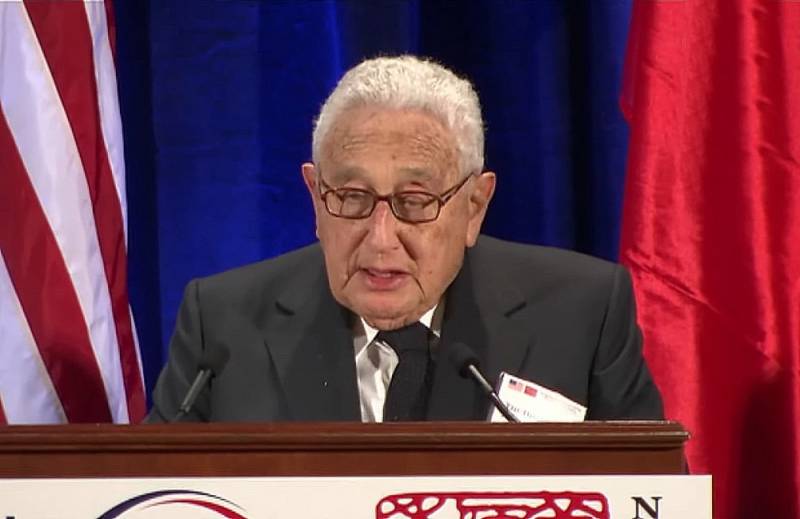 At the World Economic Forum taking place in Davos, one of the patriarchs of the American foreign policy, former US Secretary of State Henry Kissinger advised Ukraine to end the military confrontation with Russia.


According to one of the main ideologists of Washington, the collective West should stop fighting the Russians at the hands of the Ukrainians - it is necessary to stop the hostilities and start a bilateral dialogue. Otherwise, the region and the world will face unpredictable consequences.

Negotiations must begin within the next two months, otherwise there will be upheavals and tensions that will not be easy to overcome.
- said the former Secretary of State of the United States (quote from The Telegraph).

In addition, Henry Kissinger urged the United States and other Western countries not to ignore Russia's interests and recognize its role in global world processes.

Earlier, Volodymyr Zelensky proposed the withdrawal of Russian troops from the territory of Ukraine as conditions for starting negotiations with Moscow. The Kremlin has repeatedly emphasized that the goals of the special operation will be achieved in full.

Meanwhile, negotiations between Russia and Ukraine on a peace agreement began on February 28. However, according to Andrey Rudenko, Deputy Foreign Minister of the Russian Federation, the Ukrainian side actually withdrew from the negotiation process.
Reporterin Yandex News
Reporterin Yandex Zen
10 comments
Information
Dear reader, to leave comments on the publication, you must sign in.