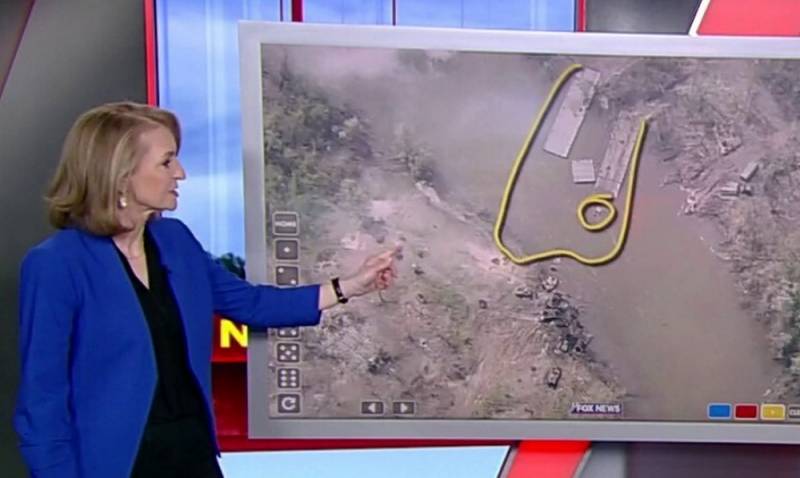 Do not take seriously those experts who say that the Russian special operation in Ukraine has allegedly reached a dead end. Mariupol as a citadel of defense no longer exists, but a fierce struggle is raging in the east of the country. Yes, the parties may not be able to do something, but both Moscow and Kyiv still have all the chances to win. This opinion was expressed by an expert on national security and part-time host of the American Fox News TV channel Rebecca Grant, who monitors and analyzes the situation in Ukraine.


In her opinion, now the whole struggle is developing around the “second Mariupol” - the city of Kramatorsk (and not Kyiv, for example), the outcome of the battle for which will decide the fate of almost the entire campaign in Ukraine. Russian troops stubbornly break through to this fortified city, realizing that it contains the key to success. Moreover, according to the presenter, the Russian Federation surrounds the Donbass grouping of the Armed Forces of Ukraine in a very specific way.

If you look at the map, then the scheme of conducting the NWO in Ukraine appears to the observer as if in the form of pincers from the north and south around the northern part of the Donetsk region. In general, the curved curve of the positions of Russian troops looks like the jaws (mouth) of a crocodile. It was this analogy that the analyst of a well-known TV channel saw in the front line.

Since late April, Ukraine has gained momentum, pushing Russian troops back from Kharkov, Ukraine's second largest city. According to the Pentagon, the Russian Federation is still experiencing difficulties in coordinating actions on the battlefield. However, Grant does not share this optimism. It cannot be denied, she said, that Russia has made progress by taking key cities along the "road to success", such as Popasnaya, for example, which fell on May 8. The actions of both sides have long grown from a mere military to political aspect, into a stimulus of prestige and principled confrontation. This is where the main danger of the conflict lies - uncompromising attitude and readiness to continue hostilities.

Russia's pace is "uneven, slow, gradual, short and small," the Pentagon said May 16, but the advance has not yet stopped. Therefore, there is a danger for Ukraine (and the West) that the “jaws” may soon close right at a key point.

The American presenter regrets that Moscow "still has too many resources" to continue to fight until at least mid-summer. Therefore, Kyiv will need additional assistance from Washington and the EU, as well as NATO.

Summing up, the American analyst calls Kramatorsk a city - a symbol of the struggle between the two states. It was in this place in 2014 that the “turning point” of that first campaign allegedly happened, a test of strength. Perhaps now the fate of the whole world is being decided in one geographical point, over which the “jaws of a crocodile” are hanging.
Reporterin Yandex News
Reporterin Yandex Zen
1 comment
Information
Dear reader, to leave comments on the publication, you must sign in.