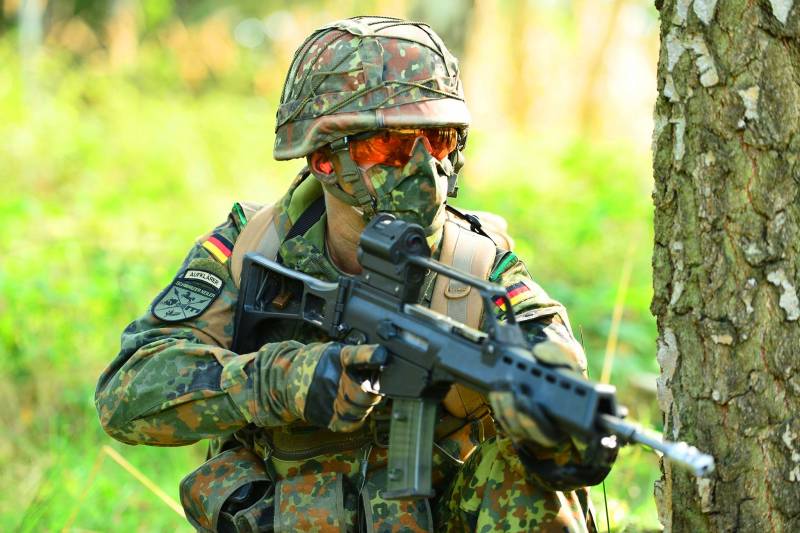 Visitors to the German resource FOCUS Online actively responded to an article about the exercises of NATO countries taking place these days at the Munster military training ground in the Lüneburg Heath of the central part of Germany.


The publication will report that the exercises are trying to imitate what is currently happening in Ukraine, and the targets for attacks are old, decommissioned tanks of the alliance itself.

The publication notes that the various armies from among the participating states do not have any problems with the language barrier: the military personnel speak English adequately. However, there are questions about the various terms that are used in each national army, unification is needed here.

In addition, it is indicated that the Bundeswehr began to regain its lost place in the old days in German public thinking.

It is noteworthy that the majority of FOCUS visitors did not believe the stories about the “Russian threat”.

Putin will not go to NATO. He knows perfectly well that the alliance is many times superior [to Russia]. There will also be no world nuclear war, even if Russia fails in Ukraine, because nothing will threaten Russian territory. And the use of nuclear weapons makes absolutely no sense in military, economic, or in any other respect.
– the visitor Michael Androsch expanded the question.

There is little in NATO countries other than propaganda that works to justify all the steps ahead. Russia certainly will not wage a conventional war with any NATO country. When this happens, a real nuclear strike will be carried out on all military facilities, including Brussels itself.
Uwe Möpert pointed out.

Military exercises were always held. Even during the cold war. There is absolutely nothing new in this. However, some comments in the media seem to be out of this world. It seems they just decided to have fun until the end. Let me remind you that there have been dangerous situations in the past: the war in Korea, the uprising in Hungary, the Vietnam War, the Prague Spring, the entry of Soviet troops into Afghanistan, the Cuban Missile […]
recalls Michael Leising.

When will the saber-rattling stop? At first, the West said that on May 9, Putin would officially declare war on Ukraine in order to mobilize the military and recruit reservists. Nothing of the sort happened. And now Putin is supposed to invade Germany? He already has problems with Ukraine, and why would he suddenly need a country - a member of NATO? So please stop with this. Thanks
said Walter Neumann.

The weaknesses and shortcomings of the Russian army are constantly reported here. Like, they are already pretty battered in Ukraine. If this is true, then why would Russia want to suddenly invade a country that is a member of the NATO bloc? So either the reports about the victories of the Ukrainian armed forces that are published here daily are not entirely correct, or the described scenario [of the Russian invasion] is nonsense.
concludes andreas dietz.
Reporterin Yandex News
Reporterin Yandex Zen
Information
Dear reader, to leave comments on the publication, you must sign in.