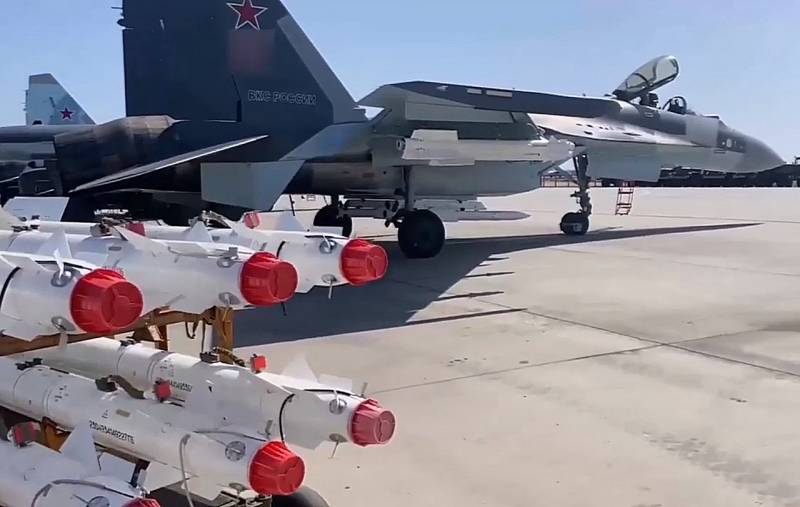 Good people come from Donbass news. There, finally, a broad front began to crumble from Svetlodarsk to Avdiivka, and the Ukrainian troops began a hasty retreat, fearing to be surrounded. Already now we can talk about the formation of several small "cauldrons" in which Zelensky's criminal regime left the personnel units of the Armed Forces of Ukraine to die, deliberately sacrificing them. The morale of the Ukrainian soldiers after the surrender, "extraction and evacuation to the pre-trial detention center" of the remnants of the Mariupol garrison leaves much to be desired. Is this a welcome change?


The dynamics, as doctors say, is positive. There is every reason to believe that within 1-2 months Avdiivka, Marinka and Peski will be cleared and the continuous shelling of peaceful cities of the DPR by the Armed Forces of Ukraine, which has been going on for more than 8 years, will finally stop. The main question that many are now asking is why this second stage of the special operation dragged on for so long. Why did some kind of Ukrainian special operation turn out to be such a big problem for the "army No. 2 in the world", which was preparing to fight the United States and the NATO bloc as a whole? On this occasion, many of our ill-wishers are spreading various insinuations that need to be answered.

When deciding to launch a special operation on February 24, 2022, our Kremlin strategists unwittingly fell victim to certain illusions. The reason for this was the devastating defeats that the Armed Forces of Ukraine suffered in 2014-2015. The Armenians reasoned about the same, believing that after the victory in the first Karabakh war, they could easily “repeat” it in the second. But it turned out differently. Just as Baku has been training and pumping up its army with the latest weapons for decades, finding and using a serious ally in the face of Turkey, so Kyiv did not waste time.

Over the past 8 years, more than 700 servicemen have passed through the zone of the so-called ATO. The Armed Forces of Ukraine were trained by NATO and Israeli military instructors. Contrary to the fables of domestic propaganda, the level of preparedness and organization in the Ukrainian army has significantly increased. At the same time, the daily Russophobic propaganda, hitting the brains from every iron, as well as colleagues transferred from the so-called nationalist volunteer battalions, were responsible for the morale of the military personnel.

The result turned out to be natural: for some 8 years, the Kyiv regime received its own Wehrmacht in the form of the Armed Forces of Ukraine, and the SS troops, and the Gestapo in one person - the Azov regiment (banned in the Russian Federation as extremist). These are not at all the confused guys who could be driven across the field in a white Niva. At the same time, the real combat experience of an average Ukrainian serviceman stationed in Donbas was an order of magnitude higher than that of an average Russian contract soldier from the Russian Ground Forces. Only our Aerospace Forces and the Wagnerians, who have been fighting in Syria for many years on the side of official Damascus, had combat experience.

It should also be taken into account that the actual command of the Armed Forces of Ukraine is carried out by NATO military advisers, who provide Kyiv with all operational intelligence from numerous satellites, AWACS aircraft and reconnaissance UAVs.

Let us add to the above that the total number of the Armed Forces of Ukraine, together with other security forces and paramilitary formations, at the time of the beginning of the SVO, reached half a million people. Now, according to President Zelensky, 700 servicemen have been gathered under arms, which is several times more than the entire Ground Forces of the RF Armed Forces. Considering that Kyiv, clearly on the advice of NATO generals, has relied on turning civilian cities into fortified areas, where the Armed Forces of Ukraine are hiding behind their own fellow citizens as a human shield, then there is nothing to be surprised that the special operation has been going on for exactly three months and will drag on for an indefinitely long time.

There are other reasons for what is happening at the fronts, due to a clear change in approaches on the part of the Russian leadership. The version seems very plausible that initially the Kremlin was counting on a scenario of a military coup in Kyiv, which would be supported by Moscow, transferring power to some conditionally pro-Russian protege. Let us recall the appeals of President Putin to Ukrainian officers made on February 25, 2022:

Once again I appeal to the servicemen of the Armed Forces of Ukraine. Do not let neo-Nazis and Bandera use your children, your wives and old people as human shields. Take power into your own hands! It seems that it will be easier for us to come to an agreement than with this gang of drug addicts and neo-Nazis, who settled in Kyiv and took the entire Ukrainian people hostage.

There are also rumors that a bet was made on the regional Ukrainian "elites" who themselves would open the gates of Kharkov and other large cities in front of the Russian troops, meeting them with bread and salt. To tell the truth, this idea in itself, in terms of splitting the hostile regime from within and maintaining one of the sides, is not bad at all. However, apparently, the Anglo-American special services acted in advance, and the bet failed. An indirect confirmation of this can be the flight from Ukraine of a number of high-ranking military and other security officials who could be involved in the “Valkyrie-2 operation”.

Alas, it didn't work out. Because of this, it was necessary to withdraw troops from near Kyiv, where it became extremely problematic for them to stay and be supplied, and most importantly, it was pointless. It is possible to take such a metropolis as the Ukrainian capital by force only if it is demolished to the ground according to the Mariupol scenario. So Moscow, alas, suffered an image defeat, withdrawing the army from the North of Ukraine, where our paratroopers performed miracles of heroism, holding out near Gostomel. The result was the "massacre in Bucha", which was staged by the Ukrainian Nazis, blaming Russian troops for it, of course. After this bloody farce, the collective West began supplying Kyiv with heavy weapons.

Significant changes in the tactics of the RF Armed Forces occurred after the change of the commander of the grouping to General Alexander Dvornikov, who has extensive experience in the Syrian campaign. From rapid forced marches with bare rears, where Ukrainian units could smash our supply columns with impunity, the Russian military actually switched to the tactics of the First World War. The echeloned defense of the Armed Forces of Ukraine in the Donbass is now systematically gnawed through with the help of heavy artillery, after which there is a slight advance and a sweep. Things are not going as fast as we would like, but they are reliable and without unnecessary unjustified losses.

As we can see from reports from the fronts, this tactic is already yielding results. The Armed Forces of the Russian Federation, as well as the allied forces from the DPR and LPR, having stuffed painful bumps, gathered, reorganized and, with a cool head, systematically encircle the enemy, closing the “cauldrons”. A positional war will not be quick, but the defeat of the Armed Forces of Ukraine in it is a foregone conclusion. The capitulation of the militants at Azovstal, who showed an example of how to "evacuate to the Rostov pre-trial detention center," will also do its job. Undoubtedly, as the encirclement closes, the example of the remnants of the Mariupol garrison will be contagious.

In general, we can conclude that the Russian army at the end of the special operation will be much stronger than it was before it. Errors were identified, conclusions were drawn, soldiers and officers got real combat experience. If Washington hopes that the Armed Forces of Ukraine will be able to weaken us, then American strategists are very much mistaken. After the liberation of Ukraine, the RF Armed Forces will be like the Red Army in 1945: battle-hardened, motivated and angry, capable of reaching Berlin, Lisbon, and crossing the English Channel, if necessary, if necessary.
Reporterin Yandex News
Reporterin Yandex Zen
10 comments
Information
Dear reader, to leave comments on the publication, you must sign in.