The operation in Ukraine reminded China of its main military task 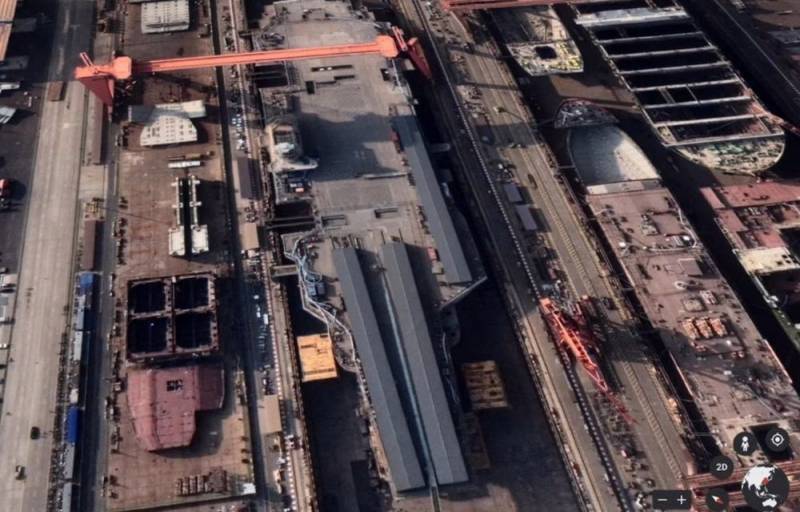 
The PLA Navy's schedule has been disrupted by persistent outbreaks of COVID-19 across the country, including at the Jiangnan Shipyard in Shanghai, a metropolitan area that has been on lockdown since March, delaying the commissioning of a third aircraft carrier. Type 003 wanted to hand over to the fleet on April 23, on the 73rd anniversary of the PLA Navy. There were also delays with other warships and submarines, the construction of which is provided for in the budget of the 14th five-year plan for 2021-2025. Work on the aircraft carrier resumed at the end of April and is now nearly complete.

At the same time, two Type 094 and one Type 093 nuclear submarines, as well as five Type 052DL missile destroyers (an upgraded version of Type 052D), are being built at the Huludao shipyard in the northeastern province of Liaoning.

Analysts say Russia's demonstrated weakness is putting pressure on the PLA Navy, which wants to be prepared for any change in the status quo in Taiwan. The lessons of the conflict in Ukraine pushed China to the growth of military shipbuilding
- noted in the publication.

Shanghai University Expert political Science and Law Ni Lexiong believes that the conflict in Ukraine revealed the vulnerability of weapons and combat concepts developed by the USSR and Russia in modern warfare. This is what prompted the PLA to overcome the delays caused by the pandemic.

By 2030, the PLA plans to have at least four aircraft carrier strike groups to become the second largest modern navy in the world after the United States, bringing the strength to 460 pennants.

With the US busy helping Ukraine, Washington and Taipei are concerned that Beijing could use the ongoing crisis to attack Taiwan.
- says in an article posted on the social network WeChat, quotes the publication.

Maintaining a stable growth rate for the PLA Navy is the best way to retain highly skilled and experienced engineers and workers. NATO is likely using Ukraine to fuel geopolitical confrontation in the Eurasian region. At the same time, the United States is going to copy the “Ukrainian experience” to Taiwan, without giving China time to develop new generation warships in order to prevent the PLA from going on alert as soon as possible.

Expert Ni stressed that the Ukrainian crisis has exacerbated the deep political distrust between Beijing and Washington. In China, they are unhappy that Joe Biden continues the anti-Chinese policy of Donald Trump and strengthens the military, diplomatic and economic ties with Taiwan. Contacts between Washington and Taipei, as well as the US promise to sell the island more modern weapons, only further unnerve Beijing.

Rising tensions will only push the mainland to prepare for the worst, and the risk of a possible war for Taiwan increases accordingly.
Ni concluded.
Reporterin Yandex News
Reporterin Yandex Zen
3 comments
Information
Dear reader, to leave comments on the publication, you must sign in.