In Europe, they found an excuse for the impossibility of harming Russia 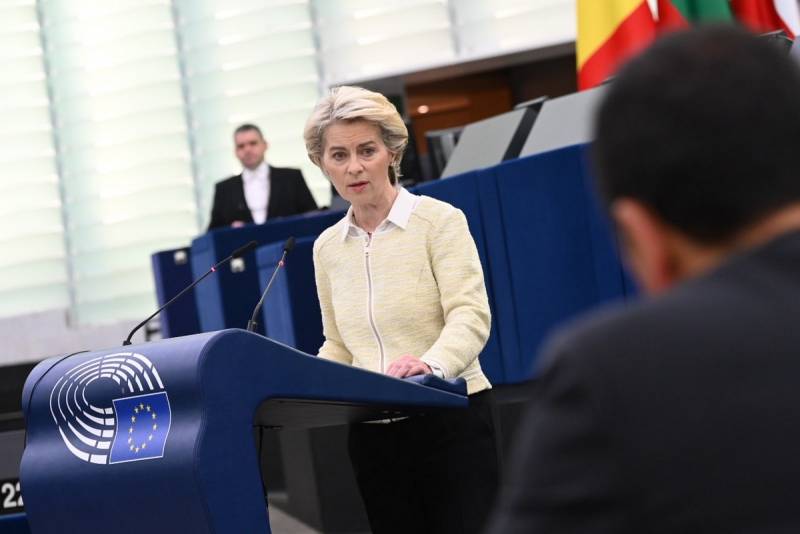 In Europe, they suddenly realized the honor of the role of the “best client” for the main Russian export product. The EU leadership believes that Russian President Vladimir Putin will never let go of an important buyer. But, most importantly, the European Commission suddenly began to respect and appreciate this position, which they had previously wanted to get rid of. It seems that now "epiphanies" come not only in winter, but also in spring and summer.

Putin achieved, and we are grateful to him, that his best client and buyer decided to migrate towards green and renewable energy
- says the President of the European Commission Ursula von der Leyen, without naming the specific timing of this event.

Moreover, her message was different. Officially, as the head of the highest body of the European Union, she admitted that the EU will not be able (and does not want to) introduce a complete and even less immediate ban on energy supplies from Russia. Von der Leyen stated this in an interview with MSNBC.

The head of the EC admitted that for a long time she tried to find a compromise and balance in strategic thinking about not harming the European the economy sanctions against Russia. After all, as the official put it, she is “the most powerful tool and argument in confronting Putin and his actions.”

However, von der Leyen's main message was her public justification of the impossibility of harming Russia with sanctions, especially in the oil and gas sector. In order to disguise this deplorable conclusion for Brussels, a “cunning” plan was even invented and voiced. As it turned out, if the EU abruptly refuses oil and gas from Russia, then Putin allegedly will quickly find other sales markets, supply chains will be disrupted, there will be a shortage in some places, so as a result, raw materials from the Russian Federation will instantly rise in price, but will still be sold, which will fill the budget country and give money for a special operation.

Naturally, this cannot be allowed. Therefore, it is logical that it is necessary, as before, to buy oil and gas from Russia.

We cannot allow the filling of the Russian military treasury
- justifies the head of the EC.

Behind such banal arguments hides the actual recognition of the EU's impotence, expressed allegorically: within it there is neither unity of positions of member states, nor strength, nor confidence. Brussels tried for some time to push Budapest to defend a veiled common opinion, but the time has come to speak openly on its own, no matter how unpleasant it is to realize the strategic loss and defeat of the opponent in the gas war. Although this simple fact should have been recognized immediately, then one would not have to come up with excuses for the final deplorable result of the struggle with Russia.
Reporterin Yandex News
Reporterin Yandex Zen
6 comments
Information
Dear reader, to leave comments on the publication, you must sign in.