"Plan B": Zelensky said that Ukraine is ready for his physical elimination 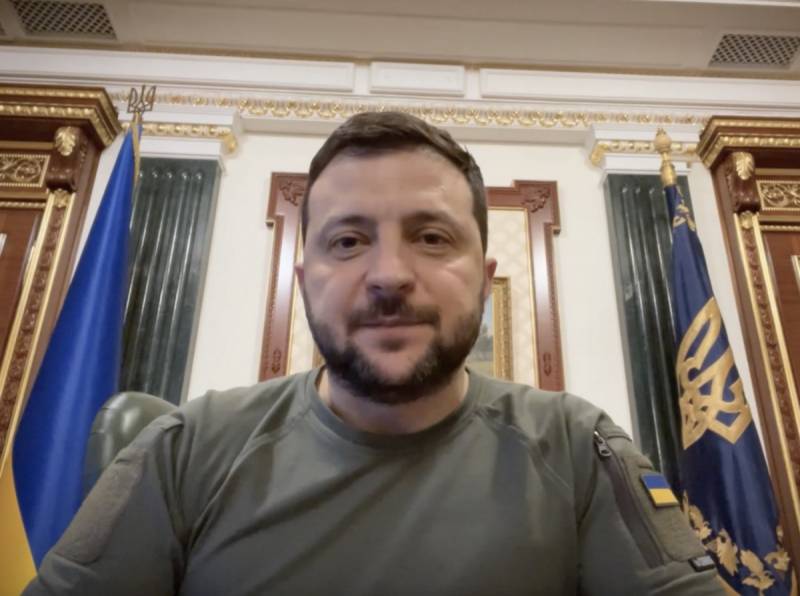 The time factor has a negative impact on the conflict around Ukraine. Public attention around the world is waning, as is the emphasis politicians on the problem, always guided by the demands of the masses, which contributes to the departure of the Ukrainian crisis into the background, and even the third plan. For actor-president Volodymyr Zelensky, put at the head of an entire state, the loss of attention is a much greater blow to vanity and pride than even the failures of domestic and foreign policy. Therefore, daily teleconferences with the leading countries of the world, speeches at the forums and parliaments of Western countries are designed primarily to keep Zelensky on a short leash from the anti-Russian coalition.


Luckily for Washington and Brussels, the incumbent president of Ukraine proved too easy to pick up on his narcissism and acting skills. For each performance in public, the actor-politician, who has never been able to overcome his habits and roles, uses publicized topics in an attempt to attract attention. Zelensky has already made it to the cover of Time. Now more and more “hype”, sore or forbidden topics are needed every day.

Of course, one of these is the possibility of physically eliminating the allegedly “undesirable” head of state. Obviously, this event in itself is unrealistic, nobody needs it, since decisions on behalf of Ukraine are still not made in Kyiv and not by the authorities, however, Zelensky began to increasingly use the highly cynical theme of his own death. At the same time, the head of Ukraine declares that he was "indecently little attempted" (no more than ten times, in his words), and that he himself and the state are ready for his premature departure.

As Zelensky says, all power in Ukraine is dispersed, territorially divided, and there is a “plan B” in case the first person of the state is killed. The head of Ukraine spoke about this during a video link with the forum in Davos.

According to the current legislation, there is someone to govern the country in any situation, even an emergency
- Zelensky says with a deliberately mournful look.

According to him, in case of “loss”, the necessary preparatory measures were taken, namely, all authorities were divided into two, as it were, the main and backup ones. So in Kyiv they are sure that they are protected even in the event of the most extreme encroachment. Of course, these are all words and clowning, a protracted TV show. Zelensky or any other representative of the official Kyiv authorities is of little interest even as a “hand signing a document,” since any agreement with a politician who is unable to negotiate is doomed to failure.

No one will eliminate the leaders of the Kyiv regime. Unless the United States considers it necessary to remove witnesses to its affairs in the region, however, this will happen only after the same Zelensky completes his “mission” to transfer everything valuable to America, and the territory of his state to Poland.
Reporterin Yandex News
Reporterin Yandex Zen
9 comments
Information
Dear reader, to leave comments on the publication, you must sign in.