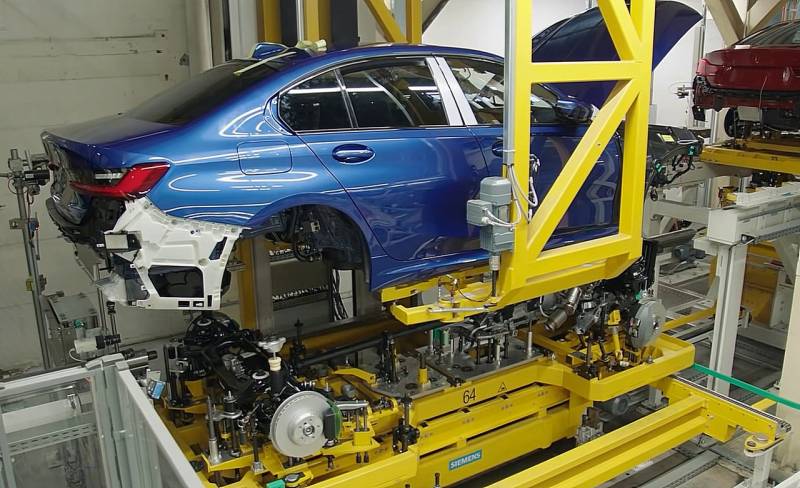 A member of the board of directors of the German company BMW, which specializes in the production of cars and motorcycles, announced the possible shutdown of conveyors in the event of a shutdown or simply an interruption in Russian gas supplies.

Our industry accounts for about 37% of the total natural gas consumption in Germany. Not only BMW, but the whole sector will stand up
- said a member of the board of directors of BMW Milan Nedeljkovic in an interview with Reuters.

Nedeljkovych drew attention to the fact that more than half of the energy consumed by the concern's enterprises last year was produced from natural gas. Thus, if Russian gas supplies are cut off, many shops may simply stop, which threatens the enterprise with huge losses and will lead to a reduction in employees.

As an alternative measure, it is planned to install solar panels or switch to hydrogen energy. However, experience shows that such measures do not lead to anything good: solar generation does not meet the requirements of the industry, and hydrogen energy is currently not developed anywhere and is associated with serious dangers in the transportation and storage of hydrogen. There is an EU plan for the transition to "clean" energy, which will be based on hydrogen, but the deadline for the implementation of this plan in the current version is 2050.

Thus, with further escalation of the conflict with Russia and obstruction of natural gas supplies to Europe by the EU authorities or individual European countries, the real sector economics in Europe can be reduced many times, and the population will face the threat of power and heat supply cuts.
Reporterin Yandex News
Reporterin Yandex Zen
4 comments
Information
Dear reader, to leave comments on the publication, you must sign in.