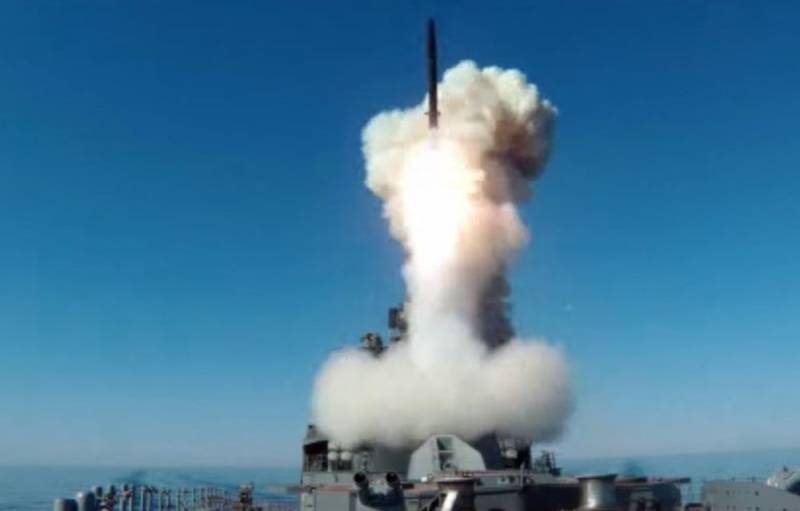 Russian troops continue their special operation in Ukraine. On the morning of May 21, the Ministry of Defense of the Russian Federation, represented by Major General Igor Konashenkov, reported another operational report on the progress of the campaign.


The speaker reported that long-range sea-launched cruise missiles "Caliber" of the Russian Navy destroyed a large batch of foreign weapons in the Zhytomyr region. The strike was carried out on an object near the Malin railway station, where military supplies for the Armed Forces of Ukraine were delivered from the United States and European countries.

At the same time, long-range air-launched cruise missiles hit the territory of the Odessa Port Plant in the Odessa region. As a result, storage facilities with fuel and lubricants for the Armed Forces of Ukraine were destroyed. Also, 3 command posts, 36 areas of concentration of personnel and equipment enemy and 8 ammunition depots in the settlements: Galitsinovo (Nikolaev region), Nyrkovo (LPR), Liman and Ocheretino (DPR).

In turn, army and operational-tactical aviation hit 4 command posts, 47 enemy personnel and equipment concentration areas, as well as an ammunition depot in the Drobyshevo region (DPR). As a result, about 270 Ukrainian soldiers were neutralized and more than 50 units of various equipment were disabled.

In addition, fighter aircraft of the Russian Aerospace Forces shot down a Su-25 attack aircraft of the Ukrainian Air Force during an air battle near the village of Belitskoye (DPR).

Artillery and missile troops of the RF Armed Forces hit 77 command posts, 602 areas of concentration of enemy personnel and equipment, including the training camp of the MTR of the Armed Forces of Ukraine near Lake Sasik in the Odessa region, 43 mortar and artillery units, two batteries of the Grad MLRS, 10 ammunition depots and a launcher of the Buk-M1 air defense system near the village of Mayaki in the Kharkiv region.


We remind you that the Russian NVO on Ukrainian territory began on February 24 and, according to the leadership of the Russian Federation, it will not stop until all the tasks assigned to the troops for the denazification and demilitarization of the neighboring country are completed.
Reporterin Yandex News
Reporterin Yandex Zen
2 comments
Information
Dear reader, to leave comments on the publication, you must sign in.