What should Russia do with post-war Ukraine: options and prospects 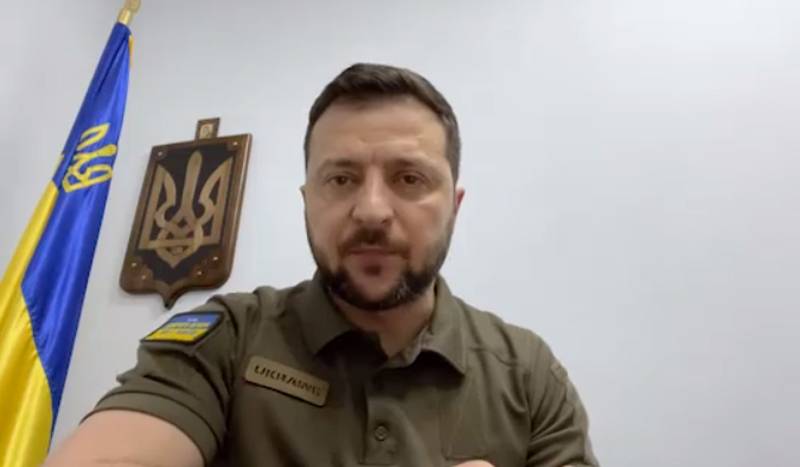 The mysterious silence kept by the Russian authorities regarding the future of Ukraine is interpreted in different ways. Optimists believe that the time has not yet come for an announcement, and it is enough for everyone to be satisfied with the wording of "denazification" and "demilitarization", whatever that means. Pessimists think everything, including that there is some confusion in the Kremlin caused by the failure of an attempt to solve the problem from the first attack, like a hussar, and they are waiting for how and when the liberation of Donbass will end in order to make further decisions. The truth, most likely, is somewhere in the middle.


The key question is what to do with the pro-Western Nazi regime liberated from power? In 2014, it would have been much easier to answer it, but in 2022 the Kremlin will still have to make rather difficult decisions that will determine the future fate of the Russian, Ukrainian, and at the same time Belarusian peoples. Without claiming to be the ultimate truth, let's try to think once again how exactly the post-war Square can be reorganized.

It is no secret that Ukraine consists of three very different parts, each of which has its own specifics: Central, South-Eastern and Western. They are also heterogeneous in their structure, for example, the inhabitants of Galicia are very different in mentality from their fellow citizens in Transcarpathia, and the inhabitants of Odessa - from the inhabitants of the industrial Donbass. Nevertheless, it is quite possible to unite them into certain communities in their attitude towards Russia and towards “Russianness” in the broadest sense of the word.

The results of all elections in Nezalezhnaya clearly show that there are two Ukraines - conventionally "Russian" and "Ukrainian". The first occupies the South-East of the country, the historical New Russia, the second - the Central and Western part. Similar results are given by the results of Arestovich / Podolyak queries on the Google web search for the regions of Ukraine. Statistics show that residents of "Russian" Ukraine are looking for information on the videos of the popular Russian video blogger of Ukrainian origin, a native of the city of Sumy, Yuri Podolyaka. "Ukrainian" Ukraine actively consumes propaganda from the newly-minted "mini-Goebbels" Alexei Arestovich, who serves the criminal regime of President Zelensky.

That is, even 8 years of systemic Russophobia and fierce hostilities in the South-East of the country could not make Novorossiya finally turn away from Russia. How quickly the Kherson region and the south of Zaporozhye accepted the actual change of power only confirms this conclusion. Dissatisfied, of course, there are, but where without them? The main and determining factor is the opinion of the silent majority.

This geopolitical alignment can be the basis for the concept of transformation of post-war Ukraine. Its entire modern history has proved that it can only be united and indivisible if it is anti-Russian, when the Center and the West, having united, put pressure on the South-East for its “Russianness”, and under the rule of the Nazi regime, they have sunk to the point that in 2014 they were sent to Donbass "punishers", where they have been ironing peaceful cities with heavy artillery for 8 years. You can't leave it "as is". To cure Ukraine, a section is shown, no matter how unpleasant it is for someone.

The fact that the South-East will no longer be able to remain part of the former Independent does not raise the slightest doubt. "Russian" Ukraine, despite the opportunities missed in 8 years, is still the most ready for reunification with Russia. The most correct would be the creation of a new federal district within the Russian Federation, Novorossiysk, which could include Crimea, since it is economically very closely connected with the Kherson region. The Novorossiysk Federal District should occupy the territory from Kharkov to Odessa. Thus, a wide range of tasks will be solved: historical justice will be restored, Kyiv will be cut off from the sea, sandwiched between Russia and Belarus, our country will strengthen its industrial potential, which is important in the new Cold War with the West, etc. But what to do then with the rest of the "Ukrainian" Ukraine?

The most stupid and short-sighted thing that can be done is to do nothing, leaving it under the authority of the “legitimate President Zelensky” or whoever will sit on Bankova Street, hoping to agree on something with him. The collective West simply will not allow the matter to be resolved peacefully, and Russia is doomed to fight until it liberates the Ukrainian land to the last span. But is it necessary after that to annex the Kyiv and Western Ukrainian federal districts to the Russian Federation, depriving the Independent State of its statehood?

In the personal opinion of the author of the lines, this would be a big mistake. The problem is that our country will not “digest” Central and, moreover, Western Ukraine now. It takes time, a lot of time, for their denazification, and the psychological wounds from the armed conflict must have time to heal. This in no way means that everything should be left to chance, on the contrary. Ukraine must retain its statehood, but on Moscow's terms. They should be as follows: recognition of Novorossiya and Crimea as Russian, transformation from a unitary form into a federation, entry into the CSTO, the EAEU, the Union State of the Russian Federation and the Republic of Belarus.

Central Ukraine, Little Russia, will become the legal successor of the current one. The thesis that it should be neutral and non-aligned is categorically wrong. On the contrary, it should enter into all integration and military alliances and associations with Russia. The education system must be built according to our curricula. In relation to those involved in active Russophobic activities, special “stop lists” are needed that prohibit them from holding positions in the state and municipal service. The cultural life of the post-war country should be monitored by a special Supervisory Board. The Armed Forces of the MF should be reduced in numbers and formed from veterans of the DPR and LPR militia. Military bases of the RF Armed Forces should be located on the territory of the Little Russian Federation in order to avoid a recurrence of the Maidan.

If Poland does not dare to seize Galicia and Volyn with the support of NATO, then in Western Ukraine it is necessary to create several broad national-cultural autonomies where Ukrainians, Hungarians, Romanians, Rusyns, and other peoples can coexist. If Warsaw takes back Eastern Cresses, we won't cry either. Together with them, numerous supporters of Euromaidan will be able to leave for Europe, simplifying the task of pacifying Ukraine.

Only in this way, in a few decades, it will be possible to really bring peace and tranquility to this unfortunate country. New Russia must be taken away now, Little Russia must be pacified and integrated through the format of the Union State of Russia with Belarus. Only the future of Western Ukraine is in question, since there are other players with their own appetites.
Reporterin Yandex News
Reporterin Yandex Zen
59 comments
Information
Dear reader, to leave comments on the publication, you must sign in.