The military of the 115th brigade of the Armed Forces of Ukraine refused to carry out combat orders, writing down an appeal to Zelensky 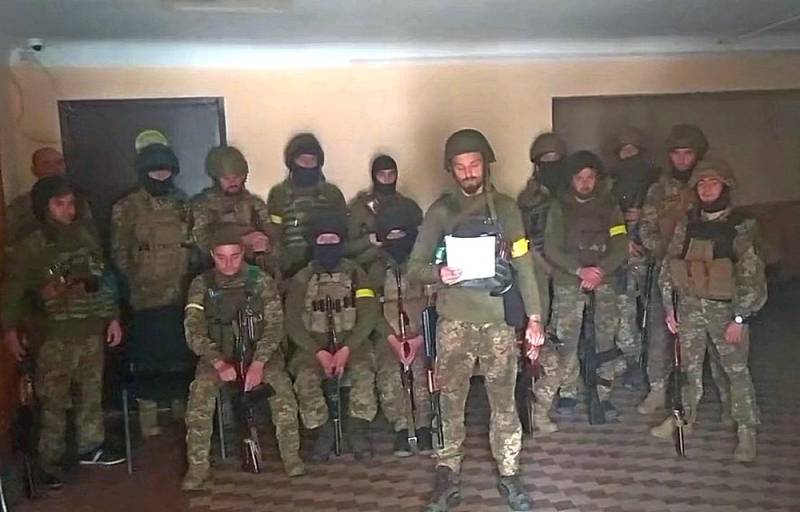 Another video from the front line from the Ukrainian military has appeared on the Web. On the footage, servicemen of one of the platoons of the 3rd battalion of the 115th brigade of the territorial defense of the Armed Forces of Ukraine address the leadership of the country and the public from near Severodonetsk, Luhansk region.

We appeal to you, Mr. President and Mr. Zaluzhny, and to the entire Ukrainian people. We refuse to carry out combat missions because we do not have the necessary protection in the rear, namely heavy equipmentto cover us. We've been waiting for reinforcements for two weeks now. We are sent simply to certain death. There is no combat leadership - not a single commander. There is no technology and respect for people - absolutely nothing. We do not give up the defense of our country, but we want to have an appropriate rear and combat command
- one of the servicemen on the recording read out the text of the appeal.


Note that such videos have become appear more often. On them, servicemen talk about their problems, which many Ukrainians do not know about due to military censorship and local propaganda. The military, who literally plug holes at the front, do not want to die, and their desire is quite understandable and understandable.
Reporterin Yandex News
Reporterin Yandex Zen
5 comments
Information
Dear reader, to leave comments on the publication, you must sign in.