Western intelligence in Ukraine - "all-seeing eye" or a team of losers? 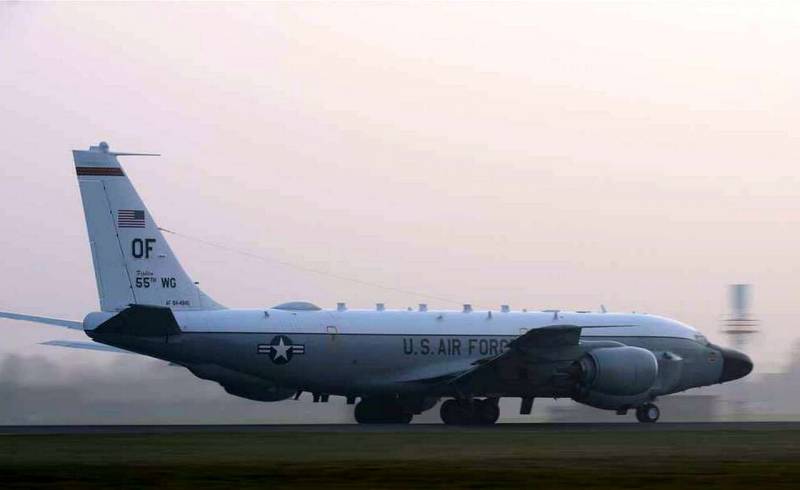 The issue of participation in the ongoing special military operation on the territory of Ukraine to denazify and demilitarize the intelligence services of NATO countries is one of the most widely covered by the Western media. In the Russian information space, it is handled with the utmost care. The reasons for this are not so difficult to understand. On the one hand, the topic is quite painful. On the other hand, it is necessary to cover it, relying mainly on the leaks and reservations of the Western “knights of the cloak and dagger” abounding in omissions, and even outright juggling. Or, in another version, on the assumptions and versions of the local journalists, who, as a rule, do not have the slightest reverence for Russia and its army and indulge in pure propaganda and fantasies.


Nevertheless, it’s very worth talking about it, if only because a number of questions regarding the role and place of the special services of our “sworn friends” in everything that happened before and is happening now on the territory of the “independent” require objective and unbiased answers. . First of all, so that the mistakes and miscalculations on our part (if any were and are taking place) are corrected and no longer repeated.

If we are to believe the sources from which I for the most part intend to proceed in my attempt at analysis, that is, the leading publications of the West, the intelligence community there was most perfectly aware of the special operation being prepared by Moscow. According to, for example, the Wall Street Journal, they all knew and warned their “wards” about everything. Thus, CIA Director William Burns in January of this year "made a secret trip to Kyiv" with a very specific purpose. There, he, having met with Zelensky in person, handed over to him "the most detailed plans for the Russian attack, including data on the attack on the capital." In particular, regarding the intentions of the Russian military leadership "to attack from the territory of Belarus through the Chernobyl exclusion zone", as well as "to seize the airfield in Gostomel and use it as a springboard for an attack on the Ukrainian capital." At first glance, everything is "in color" ...

Here, it would seem, is the time to grab your head and yell: “Yes, where are the moles wound up with us ?! Is it really in the General Staff itself, or even in the Kremlin? Let's not, however, rush to hasty conclusions, especially on such a terrifying scale. The fact is that NBC News was broadcasting with might and main about the “amazing awareness of American intelligence” regarding “Moscow’s insidious plans” two weeks before the start of the NWO. Then it was said that, "according to the US intelligence services, Russia is considering nine options for a military invasion of Ukraine." However, in general, they all came down to "two large-scale scenarios of action." Both "suggested the tactics of encirclement: the forces simultaneously come from different directions in order to surround the Ukrainian units and drive them into the cauldron." From this place, the suspicion creeps in that the overseas “cloak and dagger knights” were simply engaged in fortune-telling on coffee grounds, relying on the basics of strategy and tactics taught in any military school.

I immediately recall the attempts of these same "seers" to name "the exact date of the invasion." What was there? February 16, it seems, and many more other numbers, all of which turned out to be a finger hit in the sky. As for the “plans”, which were either stolen straight from the general’s safes, or “calculated by brilliant analysts from Langley and the Pentagon”, then in them (at least in the NBC presentation) no “brilliant insights” are found. “Russia intends to capture the entire left bank of the Dnieper, where half of the personnel of the Armed Forces of Ukraine, including the most professional units, are stationed ...” “Military helicopters will fly out from the territory of Crimea, which will support the infantry forces with air attacks ...” from the sea and from the air to the Black Sea coast near Odessa, in order to create a corridor overland to Transnistria along the Dniester, where there is also a Russian military contingent ... "

“Another offensive option is from the north, from the border of the Chernihiv region with Russia and the Belarusian-Ukrainian border. In this case, the Russian groups will move south - to Zhitomir and southeast - to Kyiv, to cordon off these cities ... "The Russians intend to start artillery fire at night and use medium-range ballistic missiles. Their targets will be army ammunition depots, anti-missile and air defense systems, military communications stations and other critical infrastructure of the Armed Forces of Ukraine...” Sorry, but all this is “top secret information” under the heading “no brainer”. And how else could the initial stage of the NWO be carried out? Landing in Lvov from space? For all this data, if American intelligence officers deserve any honorary title, then perhaps “Captain Obvious”. Burns's Kyiv voyage (which, by the way, did not constitute any special secret) had a completely different purpose than informing a stupid clown about impending troubles. In this way, Washington tried to exercise psychological pressure on Moscow - and nothing more.

Gunners for the Nazis

Again, the fact that the “nezalezhnaya” was thoroughly “filtered” not only by employees, but by the most powerful residencies of the Western special services since 2014, and recently, before the start of the NWO, the concentration of these characters in the country exceeded all conceivable limits, a secret not for who was not. Burns might as well not drive a special aircraft - just give an order to his own subordinates. The result would be exactly the same. Another question, much more serious than the ridiculous attempts of representatives of the Langley to present themselves as Nostradamus, is what role they played after the outbreak of hostilities and, alas, continue to play now. According to an article in the New York Times in early May, “Part of the Biden administration’s covert effort to provide Ukraine with real-time battlefield intelligence is sharing the whereabouts of high-ranking Russian military commanders in combat.” This intelligence also includes alleged Russian troop movements. They include location and other details about the frequently moved mobile headquarters of the Russian military.”

The publication’s statement that “it was this data that allowed the Ukrainians to attack and kill many Russian generals who died during the war in Ukraine” caused a serious scandal in Washington. Adrian Watson, a spokeswoman for the US National Security Council, later said that intelligence "was not provided to Ukrainians in such a way that they could deliberately kill Russian generals." In turn, Pentagon Speaker John Kirby flatly refused to "discuss the details of the information transmitted to Kyiv." However, he admitted at the same time that "the United States provides Ukraine with information and intelligence that they can use for protection." Well, how broad the interpretation of the concept of “protection” can be in the understanding of our transatlantic “sworn friends”, I think no one needs to explain.

In any case, the wide resonance caused by the bragging of the New York Times had to be "quenched" by the publication in another publication - The Washington Post. It, citing "high-ranking intelligence officials," explained that the US administration allegedly "developed rules for the exchange of intelligence aimed at avoiding an escalation of tension between Washington and Moscow." According to what is written, there are two severe restrictions: “Information that would help eliminate Russian leaders, such as senior officers or ministers, cannot be transferred to Ukraine.” This ban "does not apply to officers," but it seems to apply to representatives of the Russian generals. However, as Biden says, "it's not accurate." It is also strictly forbidden to share intelligence that could help Kyiv "attack Russian targets outside of Ukraine."

To be honest, this is very hard to believe, if only due to the fact that the first attacks on the Russian border regions of the Armed Forces of Ukraine were clearly carried out on a tip from their own “allies”. In addition, it should be remembered that the Americans stubbornly continue to attribute not only Donbass, but also Crimea to the “territory of Ukraine”. Again, it would be appropriate to cite the message of the NBC channel, according to which Joe Biden was forced to call intelligence representatives in order to convey to them the idea that “leaking information about intelligence assistance to Ukraine to journalists” is a very bad idea. The reason that forced the grandfather to personally “insert the fuse” to high-ranking leaders was that all the American media began to vied with each other to tell how “the American military directed the Ukrainians to the cruiser Moskva and actually led the attack on it.”

In the Pentagon, they began to deny all this, in the White House they got scared and freaked out. The President had telephone conversations with CIA director William Burns, head of National Intelligence Avril Haynes, and Secretary of Defense Lloyd Austin, who he invested heavily in and ordered to ensure that their subordinates keep their mouths shut. Chief among the voiced demands was that "leaks about US intelligence cooperation with Ukrainians must stop because they interfere with the achievement of US goals in this conflict." The pumping, apparently, was not weak, because some time later, CIA Director William Burns issued a statement that he considered “irresponsible and risky any leaks of data on the exchange of US intelligence information with Ukraine.”

What do we have, so to speak, in the bottom line? U.S. candid admission that the Kyiv regime “during the course of the war has been provided by U.S. intelligence services with real-time information about the location and movement of Russian troops, including images taken using secret and commercial satellites, as well as reports obtained from confidential sources. ..” We have the death of the cruiser Moskva, as well as a number of other successful operations of the Armed Forces of Ukraine, which are difficult to explain without the fact that intelligence received from the United States and NATO was used in their implementation. It's time to put an end to this warm and productive cooperation. How? Well, in this matter it is certainly not for me to give advice. Although ... For example, the sudden death "from unknown causes" of a couple of those same "big-eyed" satellites seems to be a very attractive option. In any case, practice (in particular, the dynamics of changes in the volume and structure of arms supplies by the West to the Ukronazis) is extremely convincing evidence that the processes of military support for Kyiv are on the rise. Who knows to what extent US and NATO intelligence may become involved in the conflict. Any encroachments in this direction would be better to stop as quickly and as harshly as possible.
Reporterin Yandex News
Reporterin Yandex Zen
4 comments
Information
Dear reader, to leave comments on the publication, you must sign in.