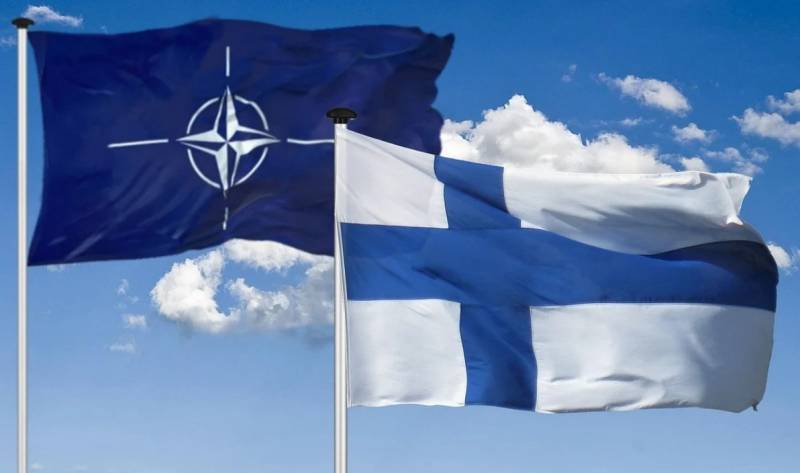 The approaching "northern" expansion of NATO, which, despite all the difficulties, may soon occur due to the accession of Sweden and Finland to the alliance, will seriously squeeze the "strategic space of Russia." In this regard, and taking into account the causes of the Russian-Ukrainian conflict, Moscow's reaction to this process, which is taking place near the northern borders, is too restrained. This conclusion was made by the vice-president of the Xi Jinping Institute of Ideas from the People's University of China, director of the Eurasian Research Center Professor Wang Yiwei. In Beijing, in his opinion, such behavior of a neighbor looks disappointing, since it poses a threat to China.


The expert published his arguments in Huanqiu Shibao. He emphasizes that NATO's 1300-kilometer expansion directly on the border with Russia will bring the alliance's infrastructure closer to strategically important objects and regions of the Russian Federation, such as the Kola Peninsula or St. Petersburg. Kaliningrad in this case will lose all its former attractiveness and tactical importance in military terms.

In addition, according to the expert, the successful transfer of Helsinki and Stockholm under the wing of NATO will bring down the entire "front" of the Scandinavian countries, and they will also be under the complete control of the alliance. All this will cause negative phenomena in the long term for both Russia and the region as a whole.

However, China's disappointment was caused not by the fact of an attempt to expand the alliance, but by Russia's unwillingness to become a buffer between NATO and China in the West (to actively prevent the growth of a military association). According to Ywei, for Washington, the entry of Finland and Sweden into the North Atlantic military bloc is very beneficial in terms of accelerating the armament of the alliance and the possibility for the US to release additional forces with the cessation of investment in European security.

In this case, America will have a free hand, and they will pay more attention to the Asia-Pacific region. NATO has long been targeting China
- the expert says.

Of course, Beijing is concerned not only about the release of US forces on the bridgehead of Northern Europe, but, on the contrary, the fettering of Russia's attention and forces in the same region. Washington creates several hotbeds of tension around the Russian Federation, and this weakens the security of China, as Moscow finds itself in a tactical operational environment. In this sense, Beijing has always expected the help of the Russian Federation, but now it turns out that partner assistance may be required from China.
Reporterin Yandex News
Reporterin Yandex Zen
16 comments
Information
Dear reader, to leave comments on the publication, you must sign in.