Two Strategic Challenges for US LNG in Europe 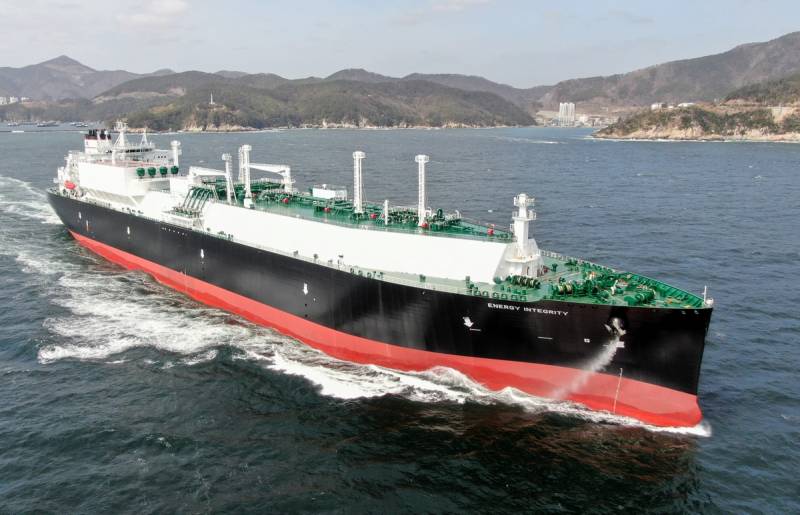 Liquefied gas supplies to Europe are pursuing much more serious and deep political goals rather than a normal business interest, otherwise, only manufacturers and their lobbies would be engaged in the sale of raw materials overseas, but not Washington itself. Экономическая The benefit from LNG trade with Europe is obvious due to the shortest “logistics arm”: the route from the Gulf of Mexico to the EU lies directly, and not through Latin America or the Panama Canal, as is the case with routes to Asia.


The obstacle in the form of competitive Russian pipeline gas (a purely economic phenomenon) is helped by the United States government to cope with global crisis phenomena and anti-Russian sentiment against the backdrop of an escalation of the conflict, not so much in Ukraine, but on an East-West scale. However, again, this is just a matter of time and effort, which the United States does not spare in order to achieve intermediate stages in fulfilling the main strategic task in the EU.

In a fair competition both in Asia and in Europe, American shale players will lose. But with the use of foul play, the involvement of political blackmail and the enormous influence of Washington, the situation is rapidly beginning to change. The current White House administration, led by Joe Biden, is using the energy industry as a weapon to conquer states like none of its predecessors. It can be said that in this respect America is even more dependent on energy supplies to the EU than Russia.

With the elimination of a competitor in the face of Russian pipeline gas (the primary goal), the way opens to achieve the second and main task of Washington - the political and economic enslavement of Europe, removing it from under the commodity “cap” of China. In the United States itself, this is a big problem, which is why, after the implementation of the plan for the EU, Washington may become less dependent on imports from China and get markets.

It is obvious that LNG will technically lose to pipeline fuel in price. However, the United States does not need cheap gas in Europe, since the goal is precisely to increase the cost of the fundamental energy industry and the Old World, which will increase the cost along the entire supply chain (food and industrial), increase costs and the natural loss of competitiveness of the European economy in the world market .

By the way, at the moment there are not enough capacities for the production and liquefaction of gas in the United States precisely because of the stalled achievement of the first goal - the elimination of Russian gas from the EU markets. It is under the condition that the initial stage of the “plan” is fulfilled that producers overseas are ready to invest in a large-scale increase in the extraction and processing of raw materials. No one will invest in collapsing exports (the problem that the oil sector of the Russian Federation is currently experiencing) serious sums. However, at the moment, a financial step is not needed, since the increase in production can reduce the cost of LNG, which is unacceptable for the reasons described above. The further path to the EU will be cleared by politicians accustomed to a dirty, dishonest game.
Reporterin Yandex News
Reporterin Yandex Zen
2 comments
Information
Dear reader, to leave comments on the publication, you must sign in.