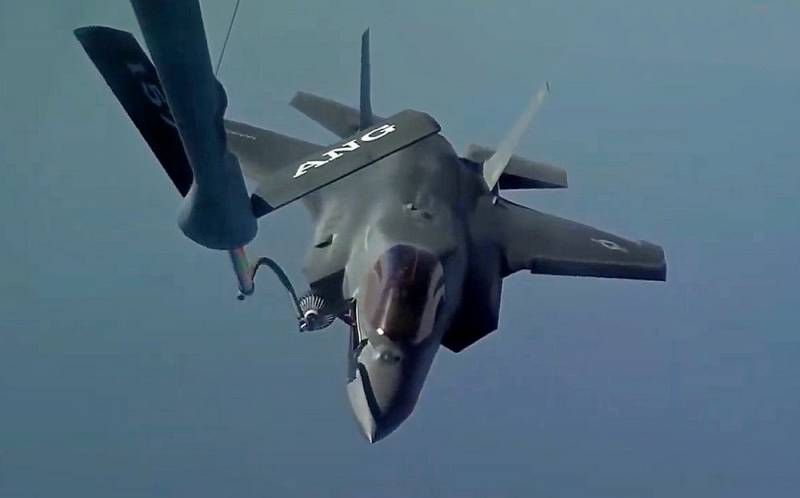 On the path of Finland and Sweden to NATO, where they hastily gathered after the start of the Russian special operation to demilitarize and denazify Ukraine, Turkey quite unexpectedly stood up. President Erdogan has rolled out a list of demands he wants to meet before giving his go-ahead to expand the anti-Russian military bloc. Meanwhile, Turkey itself in the American media threatened to be expelled from the North Atlantic Alliance. Why did the Sultan start this game?


Initially, no special requirements of Ankara were reported, but soon the respected information and analytical agency Bloomberg, citing its own sources, spoke about the “wishlist” of the Turkish president, of which there were a great many:

Turkey wants to be re-introduced into the F-35 F-400 aircraft program, from which it was excluded after it bought S-400 missile defense systems from Russia. <...> Moreover, Turkey wants the US to lift sanctions for its possession of S-XNUMX missiles.
Turkey also wants Sweden and Finland to publicly condemn the Kurdistan Workers' Party, remove their restrictions on the supply of weapons, the reason for which was the Turkish special operation to "de-Kurdize" Northern Syria. And Ankara also wants to buy several dozen additional American F-16 fighters and kits for the modernization of its air force already in service. As you can see, Turkish interests in negotiations with partners in the NATO bloc and candidates for joining it revolve mainly around weapons and national security. Which of these can actually be carried out and isn't it easier for the North Atlantic Alliance to really put the obstinate "sultan" out the door?

No, it's not easier. Due to its geographical position, which reliably blocks Russia's exit from the Black Sea to the Mediterranean Sea, Turkey is of exceptional importance for the United States and the NATO bloc as a whole. Therefore, it is very likely that Ankara's key demands will eventually be satisfied.

In part political demands, Sweden and Finland can meet the wishes of President Erdogan and defiantly close on their territory any foundation affiliated with the Kurdistan Workers' Party. It is unlikely that Stockholm and Helsinki will recognize this organization as a terrorist organization and extradite its members. The biggest breakthrough is possible in the field of American arms delivery.

Recall that Turkey is a long-standing partner of the United States in two aircraft building programs at once. In particular, the fourth-generation American fighter F-16 is assembled there under license. The Turks also developed their own project for upgrading the F-16 Block 30 to the OZGUR version. In addition, Ankara is a partner of the United States in the program to develop the F-35 fifth generation fighter. Or rather, it was, since it was defiantly expelled from there after the purchase of Russian-made S-400 air defense systems. Despite this, Turkey still produces about a thousand components and parts for the F-35 under the international division of labor.

And so the "sultan" decided to take advantage of the opportunity to play the situation in his favor. In exchange for agreeing to the expansion of the NATO bloc, Turkey may well expect to receive American fighters. The strengthening of the Turkish Air Force and Navy against the backdrop of an indirect confrontation between Russia and the North Atlantic Alliance on the territory of Ukraine will only play into the hands of Washington.

The fact is that Ankara, which fell under sanctions due to the purchase of the S-400 air defense system, was left without an air wing for its aircraft carriers, which it counted on very much. Turkey independently built and launched its first universal landing ship TCG Anadolu (L-400) with a total displacement of over 27 tons. This UDC constructively repeats the Spanish Juan Carlos I (L-61), as well as the Australian Canberra and Adelaide, built according to the same project, close to the American Wasp. The fact that the Turks intended to use this largest ship in their fleet as a light aircraft carrier is evidenced by the fact that a take-off springboard was originally arranged on its bow.

The TCG Anadolu air wing was to be 12 F-35B short takeoff and vertical landing fighters, as well as 12 helicopters. At the same time, Ankara plans to repeat the second similar UDC called TCG Trakya. But this was not enough for "sultan" Erdogan, and he recently announced that Turkey would soon lay down and build its first full-fledged aircraft carrier. The British Queen Elizabeth class carriers can be used as a prototype if London provides Ankara technical documentation. And he, most likely, will provide it to strengthen Turkey in the Black Sea and Mediterranean regions in order to contain Russia.

The problem with all this promising Turkish aircraft carrier fleet was that the Americans, by their sanctions, deprived it of its main one - its F-35B carrier-based fighter, which can be based on the UDC and aircraft carriers of the Queen Elizabeth type. Ankara tried to get out of the situation by replacing the aircraft with carrier-based drones. But it is quite obvious that a fighter is better and more versatile than a UAV. And so President Erdogan raised the question of Turkey's return to the F-35 program.

Will the US sell him carrier-based F-35B fighters, and at the same time F-16s? The probability of this tends to 100%, as well as the fact that the UK will help the Turks in the construction of an aircraft carrier fleet. After the fall of the Kyiv regime, the Anglo-Saxons will need a new regional "ram" against Russia.
Reporterin Yandex News
Reporterin Yandex Zen
1 comment
Information
Dear reader, to leave comments on the publication, you must sign in.