Finland and Sweden in NATO: will this change the alignment of forces 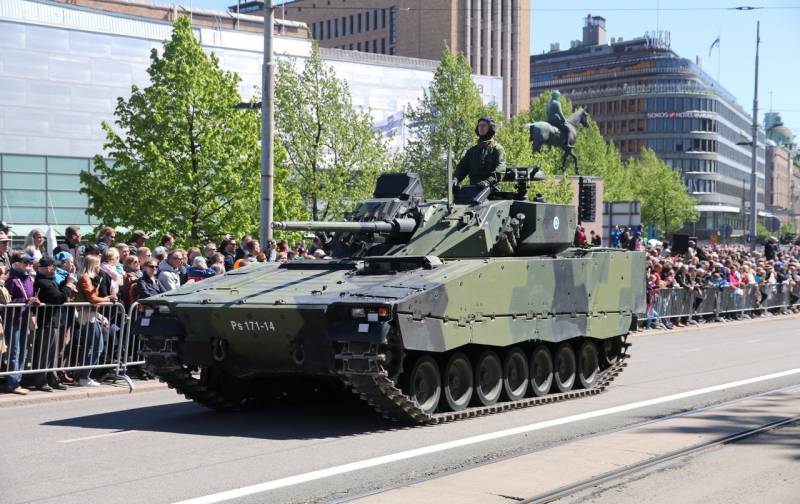 So, the entry of these two countries into a "purely defensive" alliance is, one might say, a settled matter. The Swedish government, after floundering for some time, will receive the desired additional privileges (most likely only on paper, but still); Turkish claims will also be satisfied to a greater or lesser extent.


What does this mean for Russia, and does it mean anything at all?

"Neutrality" of the Scandinavians

From a practical point of view, the Nordic states have long and firmly been included in the structure of NATO. Denmark and Norway joined the alliance at the time of its formation in 1949.

The neutral status of Sweden, which has been preserved all these years, in fact, took place only on paper. In fact, the kingdom, remaining outside the NATO bloc, gradually linked up with cross-defensive treaties with its closest neighbors - and with the United States. Already in the XNUMXst century, the “defensive forum” NorDefCo was also placed above this system, a kind of “Northern Entente”, which includes, in addition to the countries of the continent, also Iceland.

A slightly different story with Finland, which in the post-war period quite closely clung to the Soviet Union both economically and militarily. Also, while maintaining "paper" neutrality, Finland organized its troops according to the "socialist" model, similar to the Yugoslav one, and was a major operator of Soviet weapons and military equipment. equipment (moreover, they were purchased in the USSR, and not from the allies under the Warsaw Pact).

However, after the collapse of the latter, Finland quickly washed off the image of “almost socialist” and began rapprochement with “Western partners”. The purchase of American F / A-18 fighters in 1992 became a kind of “marriage” with NATO. The country also joined the military-technical cabal of neighbors NorDefCo.

And since these countries “strengthened their defenses” in every possible way, even when yesterday’s RSFSR literally lay in agony, the new strengthening of Russia, all the more, did not go unnoticed by the northerners. The events of 2014 further spurred the military preparations of the Scandinavian countries both within the Northern Entente and within NATO. So, in 2019, in the same Sweden, the conscription for military service, which was canceled in 2010, was restored, albeit with known restrictions. received an additional incentive.

Do not forget that Sweden and Finland (to a lesser extent) are important suppliers of military products. The anti-aircraft guns of the Swedish company "Bofors" became widely famous during the Second World War, but the assortment of the military-industrial complex of "neutral Scandinavians" is not limited to them alone.

Semi-state-owned, closely related to each other and to the British "British Airspace" Swedish and Finnish concerns are able to produce almost the entire range of military products: small arms (including the notorious NLAW), artillery systems, guided missiles of various classes (including anti-ship) , military automotive and light armored vehicles, combat aircraft and even ships. Moreover, these are advanced-level products that are of interest even to the US military. It is the Swedish and Finnish systems that form the basis of the weapons of the "northern division" of NATO.

Incidentally, it is likely that the weapons factor played an important role in the Turkish demarche. It is known that Erdogan is trying with all his might to expand the markets of his military-industrial complex, and this aspect will most likely be the subject of bargaining with the curators of the northern Young Donators.

Thus, by declaring at the CSTO anniversary summit that the entry of Sweden and Finland into the North Atlantic Alliance does not threaten Russia, Putin did not really distort reality: this step will not really add any fundamentally new threats. All threats from the northern direction have long been evident.

There is an assumption that, given the introductory steps described above, forcing NATO expansion right now has, first of all, political and information purposes. Moreover, the priority is not even pressure on the Russian military-political leadership, which is so well aware of all the delights of “good neighborliness” with the Scandinavians, and not even on Russian society, but on, in fact, the Western man in the street.

For this, the bogey of the “Russian threat”, which was very popular a few months ago, has noticeably lost its relevance. The frantic Ukrainian "rabies" with their fantastic demands, the rapid rise in prices for everything and everything, and almost caricatured official calls to "tighten their belts and hide the soap dishes", behind which very bleak economic prospects and war "until the last European". Support for the anti-Russian course and its promoters - America's henchmen in Europe is rapidly falling, putting the whole thing in jeopardy.

This is where hot Finnish and Swedish guys with their “unexpected” desire to join NATO as soon as possible come in handy: “Look, citizens of the Free World, the closest neighbors of Russian Mordor feel in danger, the Russian threat is not a myth!” It also plays its role as a much more respectable image of the Scandinavians, who are noticeably superior in the eyes of the rest of Europe and the "Baltic tigers" and Ukraine.

True, it should be borne in mind that in Sweden and Finland themselves, the pro-American-minded elite drown most of all for joining the alliance. The population, which is threatened by the same “bright” future as the rest of the continent, is being tried to prove the advantages of the NATO brotherhood even ... with a new brand of beer with a North Atlantic cross on the side of the can (it starts to resemble another very European country, doesn’t it?)

But in a purely military sense, the addition of the block by the Swedes and Finns will certainly expand its capabilities - especially if we keep in mind the prospect of a major war in Europe. First of all, new members, especially economically wealthy ones, are additional funding, which is still important in peacetime.

Secondly, NATO will receive two very good (at least "according to the tables") armies, already fitted to common organizational and technical standards and having large reserve components. In this respect, Sweden and Finland are almost an additional Poland, and in some respects even a little more (and at sea, much more). In addition to the military forces themselves, the repair and ammunition capacities of the Scandinavian industry will be of great help in the event of a real conflict.

The main point of application of these new efforts will probably not be the northwest at all, and even more so not the Far North of "mainland" Russia, but Kaliningrad. The continuous encirclement of the "collective West", now also military, and the real threat of a complete blockade will not contribute to the security of the region. It is important that in this way the possibilities for informational and underground pressure on the enclave will be seriously expanded: they say, Russia is somewhere there, but the “European choice” is here, it is everywhere. The hypothetical loss of Kaliningrad, especially according to the "hybrid" scenario, can hit Russia much more painfully than the loss of the same Transnistria.

In general, the Finno-Swedish card is, of course, a serious trump card of the West, but not only and not so much a purely military one. And in order to effectively repulse this move, the leadership of our country will also need not only military-technical solutions.
Reporterin Yandex News
Reporterin Yandex Zen
6 comments
Information
Dear reader, to leave comments on the publication, you must sign in.