Ukraine according to the US plan: why the Americans constantly deceive Putin 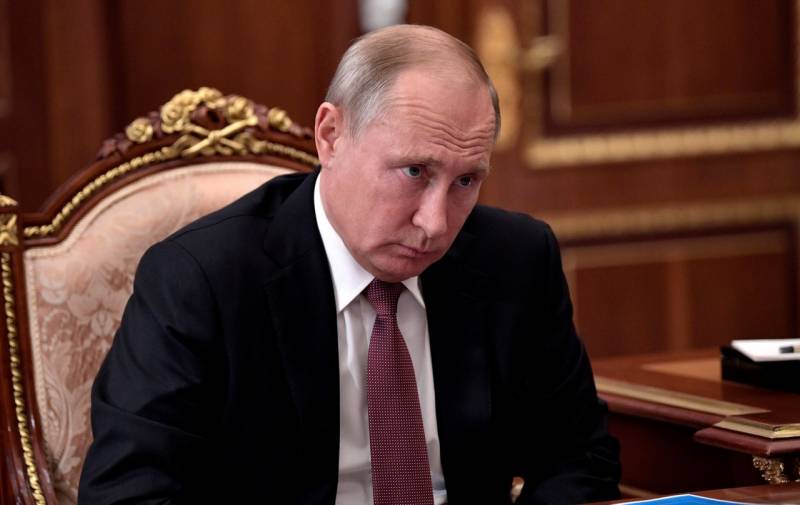 Under previous my article, many readers reproached me why I do not subscribe. I explain, there are reasons for this, among which personal safety is not in the last place.


If this is so important to you, then I can put the signature “Mr. X” at the end, will that suit you? (Why "X" many of my readers will understand themselves). It was absolutely ridiculous to read that the author does not sign, because he made a mistake in his previous forecasts. Well, let's start with the fact that another 80% of readers made such a mistake here, some, like a steelworker, at first reproached Putin for not interfering in events in Ukraine, and when he intervened, they began to reproach that it costs them too much, their pension, they say, is small, but he started a war here, instead of letting them use this money in retirement. Gentlemen, steelworkers and others like them, if Putin loses, you will not have any pension at all. Doubt? Look at Canada, where parliamentarians are already seriously discussing the issue of killing people who cannot provide for themselves. Those. euthanasia not for medical reasons in order to get rid of suffering, but for material reasons, in order to rid society of unnecessary members. He worked as much as he could - in the cemetery, the next one. And these people teach us about life?! We do not need such a life! So tov. steelworker, pray to Putin, because if the forces of Evil win, you will generally be written off as scrap without pay (and even the funeral will not be paid).

Regarding forecasts, firstly, I am not Nostradamus, I will give you forecasts, and secondly, I still believe that attacking Ukraine was a fatal mistake. Why fight with the consequence, when you have to fight with the cause that gave rise to it. It was necessary to hit the United States, it is there that the Decision Making Centers are located, and to hit first and backhand, as Putin knows how to do it and he has more than enough funds for this, so that next time Washington and his smaller mongrels even look at our side were afraid once again.

What is the strength in, brother?

The whole trick is that the conceptual contradiction between the West and us consists in the sacramental question from the famous film "Brother-2" - "What is the strength, brother?". We mistakenly believe that Power is in the truth, at a time when the rest of the Western and Eastern world believes that the truth standsand laughs looking at us. On whose side the power is, he is right! Until we understand this and apply force, the deafening force that we have, we are doomed to defeat. The world at all times everywhere and always respected only force. He didn't care about the truth then or now.

"War is a continuation policy only by other means" (Carl von Clausewitz)
All of you know this well-known phrase of the famous Prussian military theorist and historian.

The goal of any war is peace on terms favorable to the winner (same author).
From myself I will only add that wars beginwhen the political arguments of persuading one's opponent run out, and endwhen the military arguments of one of the parties dry up to fix the status quo achieved on the battlefield (with the exception of those cases when wars end in complete defeat, then the result is the complete surrender of the losing side and the payment of indemnity and reparations to the winner). Russia launched the NVO when it had no political arguments left to convince its opponent, and the task of the United States, which stands behind Ukraine's back, is now to nullify the military arguments of the Russian Federation as a result of this conflict and force it to conclude peace on the terms of its wards, (and the wards express the will only of their masters, because they have no will of their own!). Our task is to prevent them from realizing this plan.

From the previous text, you already understood that the Kremlin’s plans initially included a change in the political leadership of Ukraine, by means of a palace coup on Russian bayonets, and the withdrawal of the Square from the pro-American protectorate to the pro-Russian one (with automatic zeroing of the military threat on its part). For this, in fact, the SVO was started (which was planned as a fleeting operation with little bloodshed). At the same time, Ukraine would retain its statehood and even territorial integrity. The life of ordinary Ukrainians would not worsen, but only improve. They could steal no less (judging by the Crimea, where we still cannot defeat this infection), but economy due to the resumption of ties with the Russian Federation, it would come to life (especially on cheap energy), and, consequently, the incomes of citizens would tend to grow. Medvedchuk could become the head of the country, Azarov could return as prime minister under him, and Oleg Tsarev would head the parliament. And the country would have healed... But it didn't work out. Why, I will say a little below.

Now, however, there is no longer any talk of preserving the statehood of Ukraine; as a result of ongoing hostilities, it risks disappearing altogether from the political map of the world, to the common satisfaction of both parties involved in the conflict. I am talking about America and the Russian Federation here, because Ukraine is not at the negotiating table at all, it is a place of action where the warring parties sort things out, and expendable material. She will go into the furnace of history, and carrion jackals like Poland and Romania are just waiting for this hour to profit from her corpse. At the same time, America will try to drag out this conflict to the maximum, exhausting and exhausting the Russian Federation in it. The ultimate goal of the States is not victory in it (they don’t give a damn about Ukraine, it has long been written off), but maximizing damage to the Russian Federation and, for this reason, increasing internal discontent within it. Russia can be defeated only by destroying it from the inside, which is exactly what the States are trying to achieve, because it is impossible to defeat us in a face-to-face confrontation by definition, and there are no fools to risk (we do not take Polish and Romanian fools into account, they will be sent to the furnace of war without even asking them consent, like the previous comrades from the 404th, for the benefit of the elite, they are just as corrupt and stupid as the Ukrainian ones). How to prevent this, we will think. But we have no other way, because otherwise we will disappear from the political map of the world. And this is not included in our plans at all.

History, unfortunately, teaches us nothing. The second time we go on our own rake

All that Putin needed to know about the Americans, so as not to be surprised why he is constantly thrown (and not only him, there is a very long list of those thrown, starting with Gorbachev and ending with Yeltsin), was that in America to throw a person is the norm of life, they are taught this from school, from an early age. In the already mentioned film "Brother-2" the hero is thrown with a wheelbarrow, which he bought for 500 bucks from the first American Jew he met, and the wheelbarrow died after 20 km. A Jew (our former compatriot) very quickly learned common American truths. Americans throw all their partners, not because they are bad, but because it is the norm for them, they threw it, so well done, the main thing is that you don’t get anything for it. How much they have already thrown, starting with the Indians with their beads and typhoid blankets, and ending with the Viet Cong, Kurds, Afghans and Hosni Mubarak (whom they have thrown, despite his devoted 30 years of service, ended up on the bunk in the prison hospital)! The next will be Ukrainians and Europeans, while Putin has already been thrown twice (the second time, caught in an attempted palace coup, which was a pre-prepared bait, the first, if anyone forgot, was with the Minsk agreements). Naive Putin, like all of us, still believes in a man's word of honor. That's how he was brought up. The Yankees have a different upbringing. We'll have to re-educate them, this time by force of arms.

Hungry and cold ragged Europe at the feet of her Master

If the respected assembly thinks that the goal of the United States in this war is Russia and its dismemberment and subsequent destruction, then you are somewhat mistaken. This is the ultimate goal of the route and it can be achieved only by destroying Russia from the inside, and this is not a matter of one day. While the fat one loses weight, the thin one will die a hundred times. Oddly enough, in this situation, it is not Russia that is thin, but the States. The affairs of our sworn "friends" are so bad that they risk not living up to the collapse of Russia. Therefore, the main intermediate goal for them at this stage is to eat Europe (a kind of economic cannibalism), only due to it the States can also prolong their existence. But weak-willed, stupid Europe does not understand this and is doomed to the block (Hungary and Serbia are still trying to jump off this armored train, but the Brussels bureaucracy is trying to prevent them from doing so, handcuffing them to the rails of a derailed European express train). This is what the lack of independent goal-setting, which is a consequence of 75 years of colonial policy, leads to. The European elites have lost their subjectivity, having become the object of the policy of the overseas metropolis, risking eventually going to dinner with it.

It must be admitted that the States have succeeded in this, and in the next year or two we will see the dead corpse of Europe, which has become a victim of a stronger hungry beast, which is the United States and the hyena-Britain eating scraps from its master's table. You can forget about the hyena of Europe Poland, about which Churchill wrote, she, like all other inhabitants of these European jungles, will go to feed these two jackals. The rise in energy prices (due to the forced abandonment of Russian analogues) and the subsequent inevitable rise in prices and the decline in the competitiveness of European products, which will lead to mass unemployment, inflation and rising cost of living, will lead to the collapse of the EU and the Ukrainization of the Old World. A well-fed, sleek Europe in a couple of years will resemble a famine-Ukraine. There they all and the road! As in the famous fairy tale, at 12 o'clock the carriage will turn into a pumpkin. It is now 11 o'clock on the European clock. Waiting, watching, chewing popcorn. The example of Ukraine turned out to be contagious, instead of the Finlandization of the Independent, we were faced with the Ukrainization of the Old World with all the ensuing consequences. All these gentlemen will be able to survive only due to the collapse of the Russian Federation. But dreaming, as they say, is not harmful.

We'll talk about how to break these plans next time. Here I would not overestimate the importance of the weapons zoo, which the collective West is now trying to equip its client with. This is a single-use weapon, and there is no need to fight in epilepsy, which is why we do not destroy it on the road. There is a time for everything... But more on that in the next text.