Is the US changing its strategy on Ukraine? 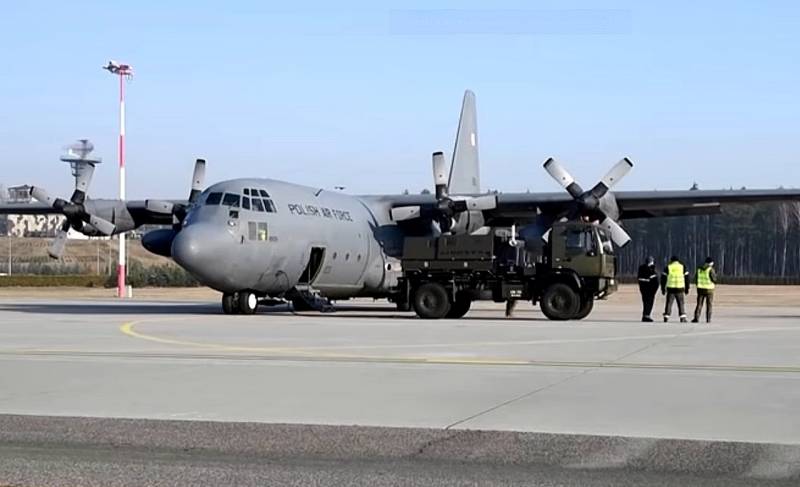 As you know, five Euro-Atlantic mega-corporations - WarnerMedia, News Corp, The Walt Disney Company, Paramount Global and Comcast Corporation - basically control the media space of the West. However, the main American media covering the civil war in Ukraine and the course of the special operation of the Russian Federation is The New York Times, which, as it were, stands apart from the media empires under the guise of a “family business”.


The newspaper has always been closely associated with the American ruling circles and the CIA, its task in the field of foreign policy consists in conveying, first of all, to educated Americans, under the guise of "high-quality journalism", the "general line" of the state. If we compare the old declassified cereush references, analytical notes and publications of The New York Times of the same time, for example, about the USSR, then it is easy to notice the similarity of their content.

Throughout the last weeks of the Russian special operation, The New York Times has been a diligent mouthpiece of the hybrid war against Russia, occasionally criticizing only the Zelensky regime. The New York Times set the "narrative" for coverage of the confrontation between the United States and Russia, raised morale and justified billions of American aid. But on May 11, the picture changed somewhat when the article “Despite setbacks, Russians hold most of eastern Ukraine” appeared on the front page. The material admits that behind the numerous defeats of the Armed Forces of Ukraine, the fact that Russia is “achieving success on the ground” is being obscured. The New York Times emphasizes that this is not about holding Russia's positions under the onslaught of Ukraine, as the Americans think, but about advancing the Russian Federation and gaining positions.

The publication admits a completely seditious idea for the West that hostilities were not started by Russia in 2022, but have been going on in Ukraine for eight years. And the LNR and DNR are called "Russian-speaking" provinces.

Further, the article lists the successes of the Russian Federation in terms of publication: a land corridor to Crimea, a blockade of the Black Sea and undermining the economic potential of Ukraine.

But the longer the war goes on, the more damage is done to Ukraine and the greater the risk of escalation. A decisive military outcome in eastern Ukraine may not be achievable. Yet a less dramatic outcome from this festering impasse is hardly better. Dragging out the war indefinitely, as in Syria, is too dangerous, given the fact that countries with nuclear weapons are taking part in it.
Stevens' note received an instant response from Biden's opponents. Thus, the conservative publication The Federalist supported the conclusions of the journalist:

What strategic benefit will the US get if Russia bleeds to death in Ukraine? The risks of such a policy are enormous - up to a nuclear war between the largest nuclear powers. If the Biden administration has any overarching goal, it has not bothered to tell the American people about it. Instead, we are heading towards war as if every decision we make is just a reaction to Russian aggression.

What is the reason for the change in tone of The New York Times? With the fact that, firstly, the plan to draw the Russian Federation into an armed conflict to contain its potential has already been fulfilled - Zelensky obediently fights to the last Ukrainian, and secondly, economic the interests of the beneficiaries of the armed conflict are fully realized.

The fact is that the anti-Russian policy of the United States is being pushed through by two lobbying groups - the private military-industrial complex and the oil and gas giants. They use the vector of the new Cold War to pursue their business interests.

Thus, Lockheed Martin, Raytheon, General Dynamics, Northrop Grumman and other similar companies will receive fabulous profits from deliveries to a rapidly expanding market. And this is not only "aid" to Ukraine and Russia's neighbors, but also supplies to the armed forces of the United States, Germany, Italy, Sweden, Finland, the Netherlands, Britain, France, Poland, which decided to increase military budgets. In addition, these corporations expect to squeeze the Russian Federation out of the global arms market.

Despite the fact that Western stock indices are declining, Lockheed Martin shares have grown by a quarter, while Northrop Grumman, Raytheon, General Dynamics - by 12-13%. By the way, military-industrial complex companies spent a record $2021 million on lobbying in 120. Therefore, when another Ukrainian mother or wife mourns her son or husband, the American oligarchs and well-groomed managers of these corporations should be blamed for this.

Commodity giants Exxon Mobil, Chevron, Cheniere Energy, Shell and others are no less in a hurry, as they will benefit from the redistribution of the European gas market. In 2021, these giants hired a host of lobbyists in the interests of Ukraine, who launched a large-scale campaign to prevent Nord Stream 2, coming, according to statistics, to the second place in the US in the “lobbying market”. Naturally, after the start of the military special operation of the Russian Federation, all the power of these corporations was directed to the escalation of the conflict and to the policy of Europe's rejection of Russian energy resources.

When their goals were basically realized - the arms race and lend-lease were launched, and the policy of reducing gas and oil supplies from Russia became a reality - interest in the further escalation of the "Ukrainian crisis" disappeared. Now, through the mouths of journalists from The New York Times, they started talking about the danger of nuclear war.

This situation once again shows the depravity and perniciousness of the influence of the economy on politics, the imperialist and hegemonic nature of the American state. And most importantly, the forces that are pushing the world so decisively towards a third world war do not really control the situation, they are overwhelmed only by momentary benefits and do not think about the consequences.

There are also deeper motives for the behavior of these "hawks of war." All these companies are largely entangled in the largest American banks and constitute the financial capital system. Banks benefit from the growth of these corporations, but at the same time benefit from the aggravation of the crisis in the economies of the West. Under the conditions of the new Cold War and protectionism, the globalist, post-industrial, information economy of the West is collapsing, the bloated consumer and service sectors are rapidly shrinking, companies are going bankrupt, assets are becoming cheaper, the population is getting poorer. The layering of the "economy of meanings", "innovators and visionaries" is blown away by the cold wind of the crisis. At the same time, the role and strength of industrial corporations and banks is only growing. Therefore, the worse it is, the better.

Therefore, one should not be surprised that the United States is ready to plunge the whole of Europe into chaos, just to annoy Russia. They will ruin their own economy, only for the most powerful corporations and clans to increase their income. The old logic of "what's good for General Motors is good for America" ​​turns out to be just the opposite in effect.
Reporterin Yandex News
Reporterin Yandex Zen
25 comments
Information
Dear reader, to leave comments on the publication, you must sign in.