Politico: The interests of the West and Ukraine are fundamentally different 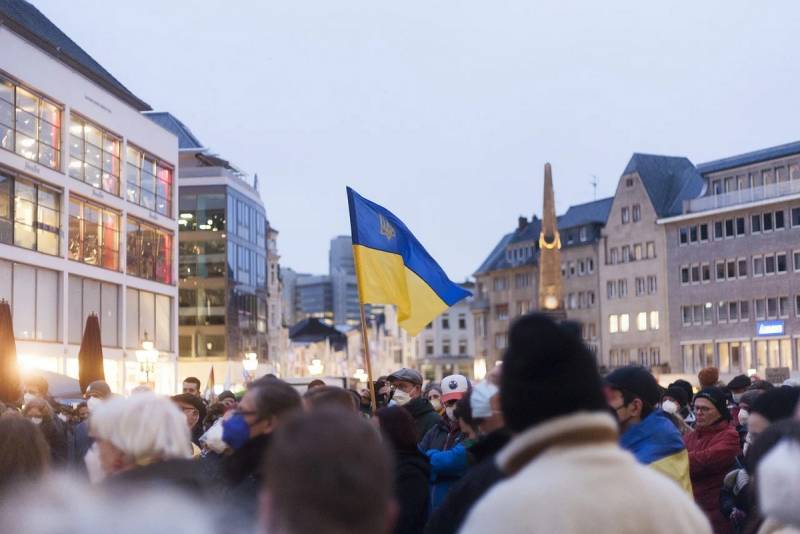 Pretending that the interests of the collective West coincide with Kyiv's hopes is pure water policy, pretense, moreover, dangerous. The further escalation of the conflict is the most obvious result of such risky behavior by anti-Russian forces. In addition, the West's ally, Ukraine, is given false hope, which makes the situation worse. Politico writes about this in an article by political scientists Patrick Porter and Justin Logan.


As experts write, Western natural sympathies for Ukraine should not be confused with fully aligned pragmatic interests. The thesis “I am a Ukrainian” is rather a symbol, a slogan for everyday use, rather than a real reflection of the self-identification of a particular politician or a simple citizen of the West.

However, we are no longer all Ukrainians.
- Politico experts write.

This is clearly seen in the real steps taken by the West. For example, the UK and US governments have also made it clear that they will not provide Ukraine with all the weapons it wants, nor will they directly enter into conflict by establishing a no-fly zone or deploying troops. This reluctance most clearly reflects the obvious divergence of interests between the West and Kyiv. Indeed, in the plans and interests of Ukraine - only escalation, and the West - obtaining long-term benefits and victory over one of the key historical opponents. As you can see, the intentions are completely different, the moment of contact was only at one point in time, then the goal-setting paths of the coalition and Kyiv diverged.

So, in the Western capitals, a gap has formed between deeds that suggest the existence of a certain limit of participation, and words that create the appearance of harmony between the interests of Washington and Kyiv. By and large, this is just a manifestation of the reverse side of politics. Democracy leaders tend to up the stakes to advance their risky tactics. However, such a large gap is dangerous, experts conclude, and for both sides of the "strange" partnership.

The problem here is not to help an ally, but to pretend that help is unconditional. The conflict in Ukraine itself was partly provoked by a series of false, deceptive assurances from Washington against Kyiv, which created the impression of a coincidence of interests, which served as an incitement to aggression against the Russian Federation.

On the whole, it becomes clear that, on reflection on the situation, experts may disagree on exactly what the West's interests are in terms of ending the active phase of hostilities. But they cannot but agree that this interest is not identical to the Ukrainian one.
Reporterin Yandex News
Reporterin Yandex Zen
3 comments
Information
Dear reader, to leave comments on the publication, you must sign in.