For the sake of continuing the robbery of Ukraine, the West makes concessions to Russia on the export of potassium 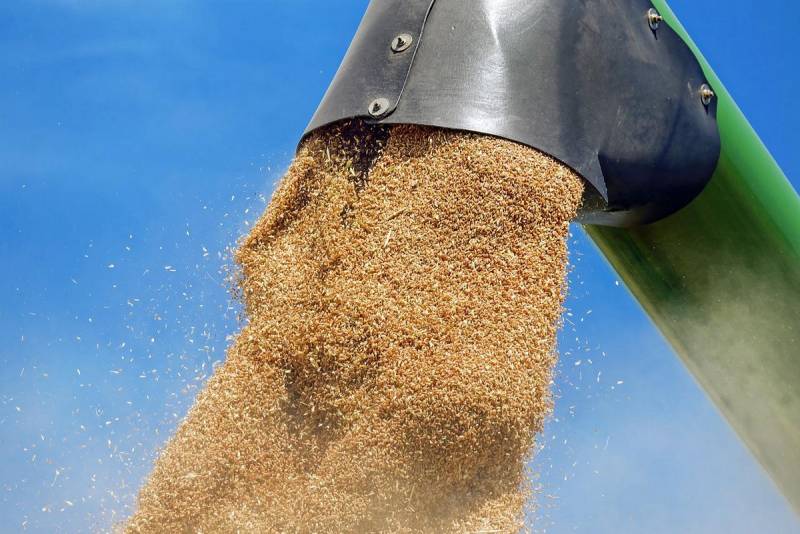 Many leaders of Western states spoke about the coming global world food crisis. Naturally, all Western countries want to improve their situation and be ready for a strike at the expense of weak but resourceful states. Such as Ukraine, which owes a lot to the Western coalition, but so far cannot start repaying debts solely for technical reasons. At the initiative of the United States, which involved the UN in solving the problem of exporting grain from Ukraine, the situation will be settled with the help of Russia.


According to The Wall Street Journal, Turkey and other states are involved in the negotiations. The essence of the proposals of the "world community" (and in fact the United States) is to exchange concessions on the export of Russian potash fertilizers for permission for Ukrainian ships loaded with wheat to leave the port of Odessa.

Of course, the West and especially Washington really need Ukrainian grain. Considering the incredible activity of the pro-American countries (Canada, Germany, Austria, etc.), which are trying to empty the grain elevators of the “square” at any cost, this fact seems indisputable. Against the backdrop of China, Russia and India preparing for a food “Armageddon”, the US simply cannot afford to miss the moment to gain some advantage, especially since it has a food-rich state in Eastern Europe ready for any adventure in full subordination.

The whole “operation” is presented under the narrative and beautiful slogans of fighting crisis phenomena around the world. Although the true goal is obviously different from the officially declared one. Wheat will not go to the markets of the poor countries of Africa, but will go to replenish the stocks of countries close to the world hegemon. For the sake of such an outcome, the UN was involved, because private initiatives were not successful.

The fact that the export of grain from Ukraine will be a blatant continuation of the act of robbery of the “square” is of little concern to anyone in America. For Kyiv, the behavior of an overseas friend will cause a new famine in the near future. The Ukrainian sowing campaign did not take place in all regions, most of the fields in the eastern part of the country are not sown, but serve as an arena for hostilities, and in the northeast they are mined.

The West, under pressure from the United States and with the help of UN Secretary General António Guterres, will definitely make concessions to Russia in terms of easing restrictions on the export of fertilizers, if only to appease Moscow and get the desired piece of Ukraine's last big harvest. Moreover, the export of grain itself is seen as the beginning of paying off the huge debts that Kyiv has accumulated in the short time the West has provided comprehensive assistance in the fight against the Russian Federation.
Reporterin Yandex News
Reporterin Yandex Zen
3 comments
Information
Dear reader, to leave comments on the publication, you must sign in.