“There is a danger of war”: in Asia they pointed to the wrecking role of the United States 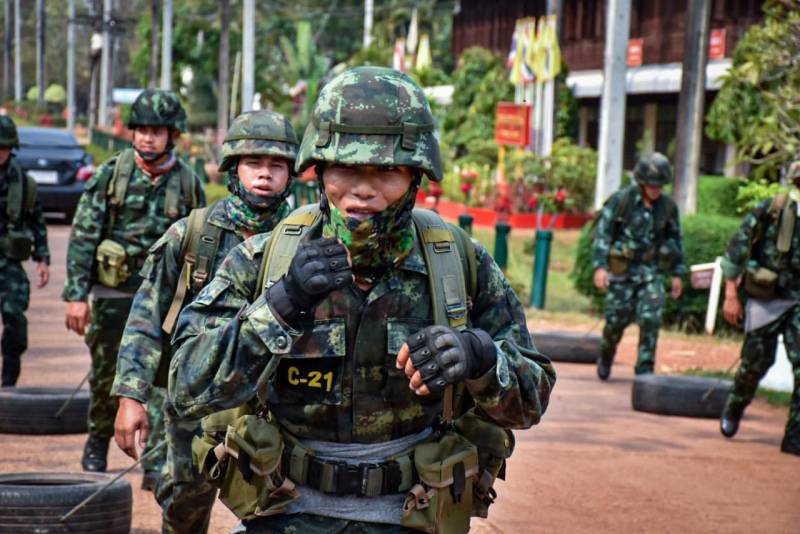 The official position of the Chinese government places the responsibility for the Ukrainian crisis on NATO and the United States, but this is far from all. Beijing went even further and drew a parallel between NATO and the US Indo-Pacific strategy, writes the website of the Singapore-based broadcaster Channel NewsAsia.

[The strategy] aimed at maintaining the US-led hegemony system undermines regional cooperation in the ASEAN format, and endangers the common and long-term interests of the region. These vicious actions are contrary to the common aspirations for peace, development, cooperation and mutually beneficial outcomes. They are doomed to failure.
Key thrusts of the new US strategy include a "free and open Indo-Pacific"; support for "Indian leadership" (as opposed to China); strengthening QUAD*; strengthening the expanded format of the deterrence doctrine together with Japan and South Korea; expanding the presence of the US Coast Guard and so on.

With regard to China, the US in its strategy paper stated that Beijing's "malicious behavior" - "coercion, aggression and undermining human rights and international law" - is spreading around the world, but is "most acute" in the Pacific region. At his recent annual media briefing, Wang Yi was also at length, stating that the US strategy in the region "is becoming synonymous with bloc policy».

The US says it wants to develop regional cooperation, but in fact it is fueling geopolitical rivalry
- warned the representative of the Chinese leadership, alluding to AUKUS and QUAD.

And then he made an important clarification.

This is by no means a blessing for the region, but a move to disrupt peace and stability.
For former Singaporean diplomat Kishore Mahbubani, also cited by Channel NewsAsia, one thing is "quite clear" and specifically that "the biggest geopolitical standoff of all time has flared up between the US and China."

Whenever a major geopolitical standoff breaks out, be on the lookout. For there is definitely a danger of war
- he said on the air of the television program "Clash of the Titans" (When Titans Clash).

The day before, Australian officials also announced a threat to "liberal democracies" from Russia and China, and the country's prime minister described this as a "challenge to the world order."

* QUAD stands for "Strategic Partnership and Dialogue" of Japan, Australia, India and the United States.
Reporterin Yandex News
Reporterin Yandex Zen
3 comments
Information
Dear reader, to leave comments on the publication, you must sign in.