Ukraine is emptying the arsenals of the West 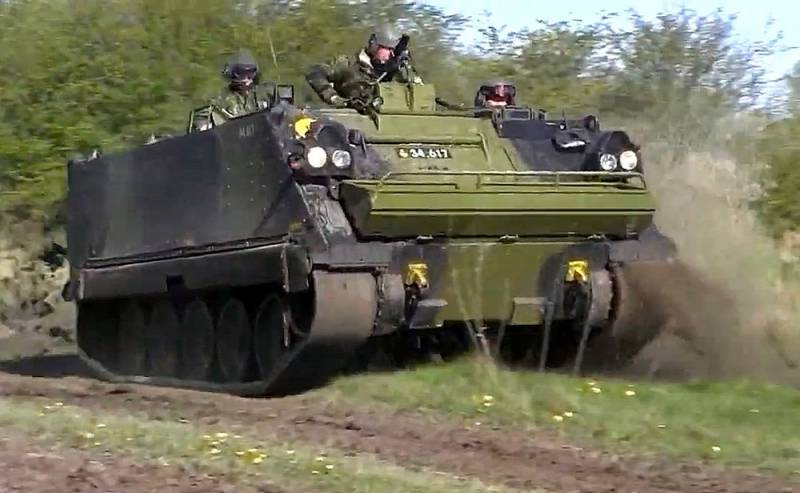 The military-technical realities of the Ukrainian conflict have become a very unpleasant discovery for many in the West.


Quite "unexpectedly" it turned out that the legacy of the Cold War is not at all endless, but in a number of positions it has already been almost completely spent. The latest samples of Russian weapons, as it turned out, are quite material, and not just "propaganda cartoons"; the Russian army as a whole, for all its shortcomings, proved to be quite combat-ready and hardy.

The Ukrainian armed forces, in reality, turned out to be completely different from what the Western ones tried to make them out to be. policy. Military warnings that the Armed Forces of Ukraine, even with a broad militarytechnical support will not overcome the fight against Russia, every day they find more and more evidence. Although the expectations of some on the Russian side, who expected that the Ukrainians would scatter on their own, also did not come true, but in general, the “grinding” of the Armed Forces of Ukraine is proceeding methodically and quite effectively, and there is no possibility of changing this with Ukrainian forces.

In relation to the Ukrainian “partners”, the West has put itself in a very awkward position: on the one hand, it is impossible to leave them to their fate, on the other hand, direct intervention in the conflict is all the more unacceptable.

The expansion of military supplies looks like a "good" way out of the situation, although it is clear that in the current situation this is already an "enema for the dying." Until recently, it seemed that it would be possible to limit ourselves to only one infantry anti-tank and anti-aircraft weapons, but now the huge losses of the Armed Forces of Ukraine make it insufficient to inject even hundreds of tanks and light armored vehicles and dozens of aircraft.

Apparently, the equipment and heavy weapons of Soviet models in the West are already running out. Foreign-made vehicles similar in age and / or combat value are used, such as variations of the M113 armored personnel carrier (the Dutch YPR-765 created on its basis have already been seen in the combat zone), or mine-protected armored vehicles created for counterguerrilla operations, like Australian Bushmaster.

Stocks and this technique is not that great. The same can be said about valuable high-tech systems - Excalibur guided missiles, Switchblade kamikaze drones, etc., which are supplied to Ukraine in homeopathic doses.

Despite the pompous adoption of the “Lend-Lease Law” and the allocation of ever new multibillion-dollar tranches, the actual supply of the Armed Forces of Ukraine with Western weapons is increasingly in question.

It's not about the bobbin at all, is it?

Military support for Ukraine comes at a heavy cost to the West, especially to Europeans who don't have the all-powerful printing press that the US has. Of course, it can be said that Ukraine itself will be the worst of all, driving itself into debt bondage for decades - but there are big doubts that the current Kyiv regime has in mind to pay, not to mention its potential successors.

But Ukraine's Lend-Lease debt is a problem of some completely uncertain future. Right now, unprecedented military exports have created problems for NATO that cash injections alone cannot solve, even if there were no restrictions on the latter at all.

The first of these is the physical depletion of reserves of weapons, military equipment and supplies. Most of all, this again concerns the European members of the Alliance, at one time, after the collapse of the socialist camp, who hastily got rid of a significant part of their military stocks: something was sold around the world, and something was completely cut into scrap metal.

The “surpluses” of Soviet weapons that were available and the modest own reserves of EuroNATO have already been used up in three months. At the end of March, the British Minister of Defense let slip to Russian pranksters that he had given Ukraine almost all available anti-tank missiles, a little later German Defense Minister Lambrecht officially made similar statements. The Europeans will be able to continue feeding the Armed Forces of Ukraine only if they leave their own troops unarmed.

The insatiable Ukrainian abyss "ate" even the Americans. Stocks of the same "Javelins" before the start of deliveries were estimated at "huge" about 30 thousand units - and the transfer of about a third of this number to the Ukrainian fascists already raised doubts: "Is it not too much, but will it be enough for ourselves?". About a hundred M777 towed howitzers supplied by the Armed Forces of Ukraine make up one tenth of their total number.

The second problem with NATO's arsenals is a direct continuation of the first: it will not be possible to quickly restore spent reserves for purely technical reasons. The end of the Cold War severely crippled the Western military-industrial complex, which suddenly became “redundant” in the new world of US global domination, and over thirty years the military industry has noticeably lost weight.

This is especially true for the production of heavy armored vehicles: this industry, specific and extremely costly, was curtailed in the first place; production lines have been dismantled, and competencies have been lost. Now Western tank building is making one "success" after another. Recently, the actual collapse of the British Ajax program to create a family of unified armored vehicles was officially recognized: prototypes failed in tests, and entry into service was postponed indefinitely. In Germany, a project is being considered to replace the turrets of the Leopard-2 tanks with new hulls: the old ones are already worn out excessively, but it is no longer possible to produce completely new tanks even according to the existing model.

With such inputs, a generous gift to Ukraine in the form of former Soviet T-72 tanks and 2S1 self-propelled artillery mounts has already resulted in a serious weakening of NATO's forward echelon on the Central Front. Eastern European "philanthropists", realizing how reckless they acted, began a frantic search for a replacement - there is simply nowhere to take on the continent. It is possible that the United States, which has about 4 more Abrams in reserve, will undertake to replenish the European armored forces, or the South Koreans, who are persistently trying to enter the Western market with their military products - but in any case, this process will require a lot of money and several years of time.

With aviation, things are similar: “obsolete and unnecessary” former Soviet aircraft and helicopters of the eastern NATO members are burning before our eyes (literally and figuratively), and their “uselessness” immediately makes itself felt. However, in this field the US has more opportunities to support its European satellites.

With the production of high-tech weapons - anti-tank and anti-aircraft missiles, drones, thermal imagers - everything is better, but also far from ideal. In this regard, the answer that Biden was given at the plant of the Rayton concern, which once supplied the famous Stingers, is indicative: industrialists are ready to resume production, but for this it is necessary to redesign the system for modern electronic components - that is, in fact, to create a Stinger » again.

And in general, the production of such weapons is an extremely complex technologically and difficult to scale process. Unlike the production of light weapons, and the same armored vehicles, it is not so easy to attract personnel and capacities of civil engineering to the production of missiles or UAVs. The acute shortage of semiconductor raw materials and components caused by the pandemic is also playing against the Western military-industrial complex.

Simply put, Ukraine is absorbing precision weapons faster than the West can reproduce them, and if it goes on like this, the appetites of the Armed Forces of Ukraine will be difficult to satisfy, even if the factories will work directly for them.

The third problem is the payback of Western investments in the Ukrainian military: it, according to NATO commanders and politicians, is insufficient. That is, to put it simply, the Ukrainian "zahistniks" kill far fewer Russian soldiers than we would like. Of course, they cause some damage to the Russian army, but there is no talk of such a desired undermining of combat capability - unlike EuroNATO.

No matter what the Western media broadcasts, the responsible persons have no illusions about the “reliability” of their Ukrainian colleagues. One can only imagine the gnashing of teeth, which is about dozens and hundreds of expensive Western weapons abandoned by the Armed Forces of Ukraine. And here the fourth problem arises - the danger of leakage of both final military products and advanced military technologies into the hands of the undoubted "enemies of democracy": Iran, China, North Korea.

With a “yet” undefeated Russia and growing tensions in other theaters, the uncontrolled and unproductive expenditure of military potential in the Ukrainian conflict raises more and more questions in the West. The Pentagon is stepping up pressure on Zelensky and Co., motivating them to be more prudent about military assistance. Meanwhile, wary publications appear in the press, which can be rephrased as follows: “if we now give all our weapons to Ukraine, then what will we do later when Putin comes for us?”
Reporterin Yandex News
Reporterin Yandex Zen
14 comments
Information
Dear reader, to leave comments on the publication, you must sign in.