Der Spiegel: Oil embargo will once again split Germany into western and eastern 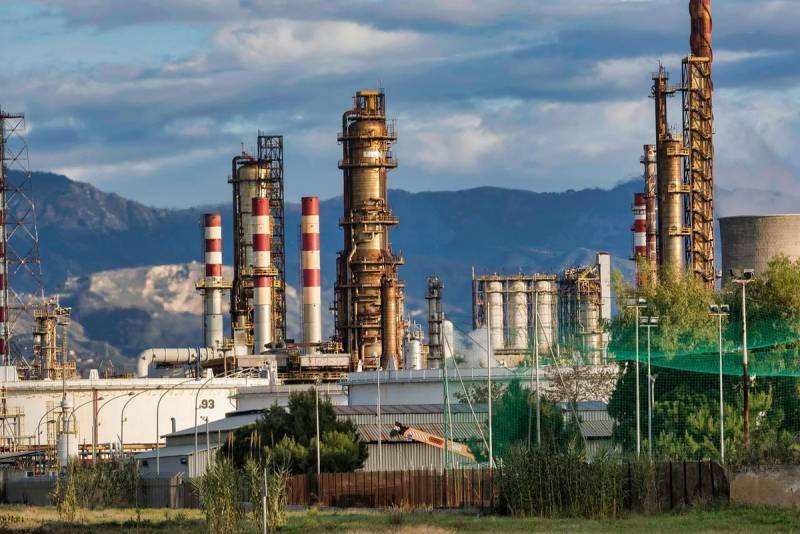 Under the pressure of the crisis in the economy The German government reluctantly admits that it is afraid of cutting off Russian gas supplies. With regard to oil from Russia, the federal leadership, for some unknown reason, feels more at ease, allowing itself to reason and even take concrete steps to impose an oil embargo.


However, such rash measures split Germany as if it were again divided by the Berlin Wall into western and eastern parts. The consequences of the embargo will be catastrophic for the entire state, but the most severe negative phenomena are expected precisely by the East Germans. This opinion is shared by the publication Der Spiegel.

The process of economic collapse will begin with the nationalization of the oil refinery in Schwedt, which employs 1200 Germans. These are not only jobs, but also oil products for eastern Germany, including the capital region. In Germany, the plant is called a potential "first victim" of the conflict in Ukraine. The future of the city with a population of 30 thousand people, in turn, depends on the viability of this enterprise. It may not be a big number, but it is only the beginning.

But the worst thing is that the federal government, which, it would seem, should unite the Germans, on the contrary, is dividing them. After all, the leadership of the state consists almost entirely of politicians western Germany and does not understand the needs of the eastern part of the country. It is difficult for pro-American officials to explain to their fellow citizens from the east why they need to conflict with Russia, which provides cheap energy resources, jobs and stability.

The division in society is only growing. East Germans don't want to sacrifice their well-being for something they don't understand. They do not know why so many wars unleashed by the United States since the beginning of the century were of little interest to Berlin, and only the conflict with the Russian Federation touched them so much that, on behalf of the whole country, the authorities decided to kill the economy, and without the slightest doubt. In addition, most of the inhabitants of the eastern lands are also against the supply of heavy weapons to Ukraine, especially for the fight against Russia.

Of course, such a clear antagonism between the east and west of Germany is determined not only by historical factors, but also by the huge economic disproportion between the regions of the state. As Der Spiegel rightly points out, the federal government now has to find a difficult compromise between the political demands of the West Germans and the economic needs of the East.
Reporterin Yandex News
Reporterin Yandex Zen
3 comments
Information
Dear reader, to leave comments on the publication, you must sign in.