Stalin's military doctrine and special operation of the Russian Federation 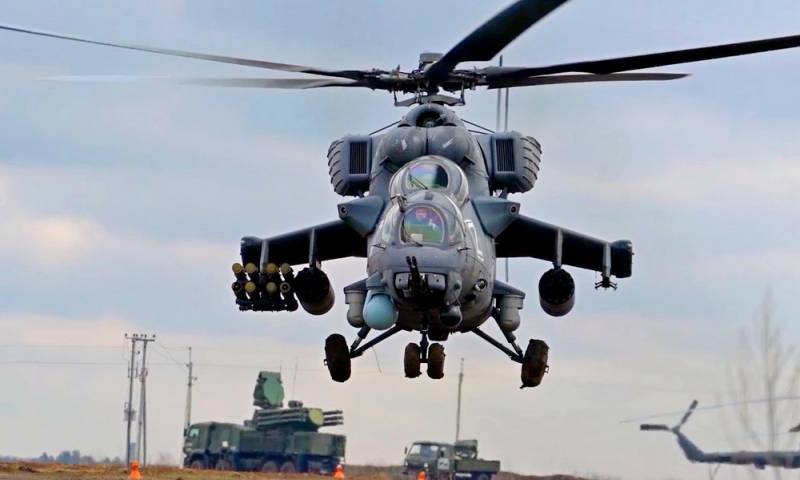 At the XX Congress of the CPSU, the new leadership of the party decided to rewrite the history of the country, saving it from the "shortcomings" of the personality cult. In practice, this meant erasing from historiography the role of Stalin, the theoretical, strategic and tactical developments of the period of his leadership of the party and the country, as well as denigrating him as a leader.


Just before his death, Stalin wrote a theoretical work, which was approved at the XNUMXth Congress as a plan for the further development of the USSR. If we compare Khrushchev's reforms with this plan, then the new general secretary did everything the opposite of what was written. Approximately the same thing happened in other areas of the life of Soviet society: everything that under Stalin was suppressed, banned, recognized as undesirable - from economic methods to literary works - began to be cultivated in one form or another under Khrushchev. A most powerful ideological breakdown took place in the party and the country, which the obliging intellectuals called the "thaw".

A blow to Stalin is a blow to military theory

One of the most significant damage was done to the historiography of the Great Patriotic War, which began to be entirely based not on official Soviet sources of the war period, but on Khrushchev’s report on the cult of personality and numerous memoirs of Soviet military leaders, which were massively published with the appropriate ideological guidelines after the XNUMXth Congress. Indirectly, the blow also fell on military doctrine, since the experience of the Great Patriotic War cannot be overestimated in terms of its depth and scale of influence on military science. The correct conclusions from the victory in the largest war in the history of mankind guarantee an impeccable preparation of strategic thinking. The military ceased to properly study the work of Stalin, Voroshilov as military commanders, the orders of the Supreme Commander-in-Chief and the evolution of the doctrinal approach from the time of Frunze to the defeat of the Kwantung Army.

The very historiography of the wars of the period of the Stalinist leadership was littered with fakes about command on the globe, senseless repressions of the command staff, exorbitant losses in manpower and technology, insane storming for the holidays, the backwardness of Soviet technology and the clumsiness of the tactics of its use. During the years of Perestroika, fakeness was multiplied dozens of times, "secret documents" were made public, confirming the criminal nature of the Stalinist leadership, "research" was carried out, confirming the monstrous losses. A complex of historical ideas has developed that makes it meaningless to generalize the experience of the Great Patriotic War.

If we take all these widely disseminated "features" of the armed forces of the USSR in the aggregate, then it is generally incomprehensible how the country emerged victorious from all armed conflicts and wars of the period of Stalin's leadership. An ahistorical myth arose that the people and the army over and over again defeated the enemy in spite of the criminal and mediocre high command.

The problem of forgetting the authentic experience of the Great Patriotic War has also migrated to modern Russia. Despite the changed economic и political system with the collapse of the USSR, numerous attempts to undermine the integrity and ideology of the armed forces with reforms, Russia retained the army, the military-industrial complex, and military science. Rather due to social inertia than the caring attitude of the people and the state. The military are institutionally ossified people, therefore, despite the rapidly changing environment of the destruction of socialism and the establishment of capitalism, many of them continued to serve the Fatherland and tried to preserve not only the combat effectiveness of the army, but also traditions and military science.

The Russian Federation launched a military special operation in Ukraine based on the Gerasimov military doctrine, which generalizes the experience of modern conflicts. She considers the conduct of hostilities as one of the methods of resolving interstate conflicts along with others. Gerasimov himself, from the experience of the Great Patriotic War, considers only the use of partisan detachments relevant.

The practice of conducting a military special operation revealed much more similarities with the fighting during the Second World War than with the doctrinal calculations of military theorists. I think it would be useful to emphasize some points from the experience of the Stalin period, the neglect of which can be called erroneous. Unfortunately, the shortcomings of the military doctrine of the Stalinist period include the fact that it was not holistically detailed in one document. At least not classified. It was assumed that the book "On the Great Patriotic War of the Soviet Union" authored by Stalin, published in millions of copies, and other articles and speeches of the leader on the topic would be studied. Therefore, for the most part, I will retell my understanding of this historical heritage, however, the reader can always easily find official materials from the period 1930-1950s on the net in order to deepen his knowledge.

Three contradictions with the experience of the Great Patriotic War

Thus, the first thing I would like to draw attention to is the general attitude towards the use of armed forces in politics. According to Stalin's military doctrine, there is a clear boundary between peace and the outbreak of hostilities, since "war is the continuation of politics by other means." If you have taken up "other means", the former ones are no longer suitable. If hostilities began, then the whole country should work for victory - that was the logic.

We, on the other hand, preach a different approach: military operations complement the old diplomatic and economic methods of confrontation. This results in a bad situation when in one place soldiers and officers need to go into mortal combat, and in another, officials in expensive suits are fruitless negotiations with the enemy, which can multiply all the sacrifices and efforts to zero. The unity of the army and diplomacy after the outbreak of hostilities is possible only with the signing of an act of unconditional surrender or a similar document that crowns the outcome of the battles.

It follows that after the outbreak of hostilities, all strategic and tactical decisions should be made only on the basis of a military assessment of the situation. Politicians, deputies and officials should not interfere in the decision-making process on the battlefields. Formally, this is how it should be in the Russian Federation, but in fact there are signs that political elites and public opinion are exerting strong pressure on the military.

The second is the role of the economy and the rear. Now in military theories the opinion prevails that the economy and the rear, although they are a necessary component of victory, but their role is significantly blurred by questions of tactics, information warfare and the use of high-tech weapons. According to the classical, Stalinist, ideas, in armed confrontation, the competition of economies wins.

If we take this latter as a starting point, a fundamental point, then there are several critical remarks to the Russian Federation.

Firstly, the government turned out to be unprepared for the arrest of gold and foreign exchange reserves, the withdrawal of Western companies from Russia and its displacement from the world market. These problems are now being solved in an emergency mode.

Secondly, the Russian Federation continues to trade gas and oil with NATO countries that indirectly participate in the military confrontation. Russian oil is being processed into fuel today and tomorrow it will be filled into Ukrainian tanks, with which our soldiers will have to fight. This misalignment of economic and military interests can cost a country dearly.

Thirdly, today the rear for the army is organized only in terms of supplying the armed forces, social support for military personnel and their families. Attempts to rally society in the face of the threat of the enemy so far look weak and even pathetic. On the contrary, the first persons of the state inspire the population that everything is in order, a military special operation is just a local event that does not affect everyday life. How reasonable such a policy, time will tell, we only note the discrepancies in the old Soviet and modern approaches.

The military affairs of the state, Frunze wrote, up to the doctrine on the basis of which its armed forces are built, is a reflection of its entire way of life and, ultimately, its economic life as the primary source of all forces and resources.
The third is the moral and political training of our soldiers. There are signs that the army has returned to the principle of "follow the orders of the commander, not your mind, the goals and objectives of the operation." True, in the course of hostilities there was a natural increase in consciousness, as the enemy lost his human appearance more and more every day, and pictures of the struggle against European fascism were resurrected in historical memory.

Unfortunately, the attitude towards the enemy has become an unfortunate miscalculation of political preparation. The statement of the country's leadership at the beginning of the special operation that no strikes would be made on the barracks, and that fire would be used sparingly, directly contradicts the experience of the Great Patriotic War. So, on May 1, 1942, Stalin's order stated the following:

There was a turning point in the rank and file of the Red Army. The complacency and carelessness towards the enemy, which took place in the first months of the Patriotic War, disappeared. The atrocities, robberies and violence committed by the Nazi invaders against the civilian population and Soviet prisoners of war cured our fighters from this disease. The fighters became angrier and more merciless. They learned to really hate the Nazi invaders. They realized that you cannot defeat the enemy without learning to hate him with all the strength of the soul.
The order is silent about the role that the propaganda organs and the orders of the Supreme Commander-in-Chief played in this insight. But the fact is important for us: then - "you cannot defeat the enemy without learning to hate him" (Stalin), now - "even the barracks where the Ukrainian military personnel are located are not subject to any attack, any blows" (Lavrov). Obviously, in the first case, there is a purely military approach to the matter, and in the second, a purely political one.

There are other contradictions between the approach of the Stalinist USSR and modern Russia to combat operations. In my opinion, work should be done on the mistakes, taking into account the victorious experience of previous generations.
Reporterin Yandex News
Reporterin Yandex Zen
73 comments
Information
Dear reader, to leave comments on the publication, you must sign in.