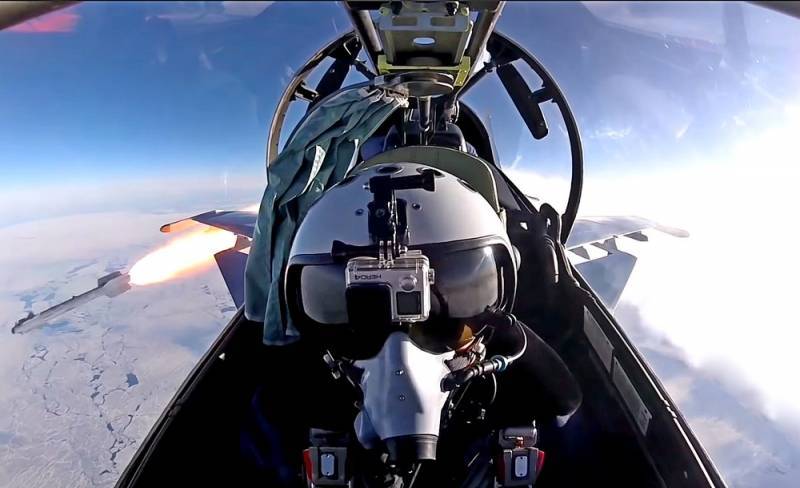 To all appearances, the North Atlantic Alliance will soon be replenished with two new members, Finland and Sweden. This event will be extremely unpleasant, since it will create a lot of new problems for Russia in addition to the existing ones. How should Moscow react to the decision of Helsinki and Stockholm?


If you look at the domestic press on this issue, it is noticeable that the comments of numerous military experts are aimed at trying to calm the worried public. Say, the devil is not so terrible as he is painted. Only two more potential targets for the RF Ministry of Defense. However, it's really not funny at all.

Threat from the North

Formally, this threat is not so great. The Finnish Self-Defense Forces have only 12 regular soldiers and 22 conscripts. The ground forces are armed with a hundred German Leopard tanks, the same number are in storage, the Air Force is armed with American F-18 / A fighter-bombers and British-made Hawker Siddeley Hawk attack aircraft. The Finnish Navy is small and is represented mainly by minelayers, minesweepers, patrol ships and boats. In Sweden, the Armed Forces collectively number 30 people. The ground forces are armed with 120 German Leopard tanks, 340 Strf 9040 infantry fighting vehicles, 48 ​​Archer self-propelled 155-mm howitzers, the Air Force - Swedish-made JAS 39 Gripen fighter-bombers, as well as Italian Austra Westland AW109 attack helicopters. The Royal Navy is represented by 9 corvettes and 6 diesel-electric submarines.

At first glance, the power is not so great, but this is only at first. It is Finland that poses the greatest threat to Russia, due to the presence of a common border with a length of 1271,8 km, proximity to the second largest Russian metropolis of St. Petersburg, and the ability to block the exit from the Gulf of Finland for ships of the Baltic Fleet. And this is a very serious challenge for our country.

At first, do not forget that the Finnish Self-Defense Forces are small only in peacetime. Helsinki built its army to NATO standards, and with a population of less than 5,5 million people, 80% of men served in it. For evading military or alternative service in Finland, you can really "sit down" for six months. In the event of war, the strength of the Armed Forces can easily be increased to 280.

For comparison, this figure exactly corresponds to the number of all the Ground Forces of the Russian Federation, which is also 280 thousand (as of 2021). And this is of great importance, since almost all of the Russian Ground Forces, contract soldiers, are now involved in a special operation in Ukraine, which is unknown when it will end.

Secondly, Helsinki ordered 64 F-35A fifth-generation fighter jets from the United States, as well as a batch of 120 AGM-158 JASSM air-to-ground missiles designed to destroy high-value, mobile and stationary targets. Thanks to this, the Finnish Air Force will be able to pose a real danger to the entire North-West of Russia: St. Petersburg and the Kaliningrad region with our Baltic Fleet and even the Northern Fleet of the Russian Federation. By the way, the F-35A "stealth" fighters are potentially carriers of nuclear weapons. After Finland joins the NATO bloc, this will acquire a completely new strategic significance for the security of the entire region.

Thirdly, despite the small number and "mosquito", the Finnish Navy poses a real threat to the Baltic Fleet of the Russian Federation. How we detail told Previously, 6 minelayers and 13 minesweepers, as well as 8 high-speed missile boats performing fire support functions, could easily block the exit from the Gulf of Finland for Russian ships. If before our problem was only Estonia, armed with sea mines and anti-ship missiles, located on its other side, now Finland will be added to it. The ships of the Baltic Fleet of the Russian Federation in the event of a conflict with NATO will be forced to remain at the pier, unable to safely leave the base. In fact, they are now turning into "rocket gunboats".

And these are just the problems that only Finland can create for us by itself. In addition to what has already been said, strike weapons from the NATO bloc will soon be able to be placed on its territory: aviation, long-range MLRS, OTRK, missile defense systems, etc. As Cold War II escalates, American tactical nuclear weapons may also appear on Russia's northern borders.

The response to the anti-Russian militarization of Finland and Sweden must be complex. Our northern neighbor Finland needs to immediately cut off the supply of gas, coal, electricity and wood. Let them feel on their shoulders all the costs of the Russophobic policy, as it has already happened with the Baltic States.

Militarily, unfortunately, Russia will have to spend a lot of money to rebuild the entire security system in the North-West of the country. We will have to significantly strengthen the air defense / missile defense system, covering St. Petersburg and its entire industrial cluster. The course of the special operation in Ukraine has clearly shown that the current strength of the RF Armed Forces is clearly not enough to stop the current threats. It is definitely impossible to do without an increase in the number of Ground Forces, and, perhaps, the issue of the security of the border regions should be resolved through the creation of territorial defense units.
If something bad happens now in the North-West, are we really going to withdraw troops from Ukraine, where every single soldier is needed, fighting against a numerically superior enemy? The same can be said about the regions bordering with other countries unfriendly to Russia.

At the same time, one must be aware that the total military power of the NATO bloc is objectively superior to that of Russia. Therefore, as a deterrent measure, it would be advisable to arm the ships of the Baltic and Northern fleets of the Russian Federation with Kalibr missiles with nuclear warheads. Also, TNW carriers should be the Iskander-M OTRK. Our northern neighbors, who have decided to join the anti-Russian military bloc, must clearly understand that they will now become priority targets for a nuclear strike. The jokes are over.
Reporterin Yandex News
Reporterin Yandex Zen
45 comments
Information
Dear reader, to leave comments on the publication, you must sign in.